Beautiful Skin & A Healthy Heart: 7 Of The Best Omega-3 Benefits 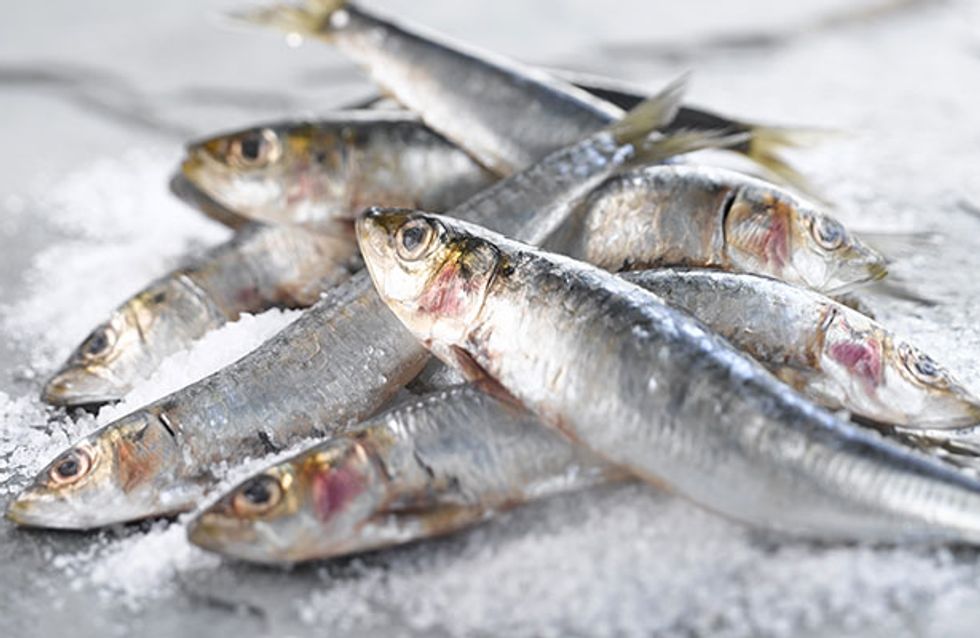 If you suffer from fatigue, memory problems and mood swings, omega-3 could be the answer. Not only are the celebs lapping up so much of the stuff that it's a miracle there's some left for the rest of us, but Nutritionists and GPs alike can't stress the benefits of omega-3 enough. From brain health to getting heart healthy, it's time to find out from the experts why we all need more omega-3 in our lives...

We all know that eating oily fish is good for us, but we don't always know precisely why. Apart from the protein found in fish, it's actually the omega-3 fats that are absolutely integral to our overall health and wellbeing. But why?

In simple terms, without enough omega-3 in our body (or too much omega-6) the body becomes at risk of increased inflammation which can cause a multitude of health risks.

Chris Clark, author of Nutritional Grail says, "Omega-3 is one of two essential fatty acids (EFAs), the other being omega-6. Because the body requires EFAs, but cannot synthesize them, we must obtain them from food. In general, omega-3 reduces inflammation, whereas too much omega-6 promotes inflammation. Scientists are increasingly convinced that most chronic, degenerative diseases are related to inflammation."

Realising that you aren't getting enough omega-3 isn't exactly the most obvious thing to pick up on, but if you have any or all of these symptoms, you might have an omega-3 deficiency.

​Symptoms of omega-3 deficiency include:

Luckily for us, getting more omega-3 in your body is pretty simple but (this is where things get a little more complicated), it all depends on balancing how much omega-6 you are consuming.

Chris explains: "Like work and relaxation competing for your time, omega-6 and omega-3 compete for the same metabolic enzymes. Consuming too much omega-6, as most people do, prevents omega-3 uptake. At most, your omega-6 consumption should be 3 to 4 times your omega-3 consumption, but modern diets are typically 20 to 30 times higher in omega-6. Therefore, your proactive efforts to consume more omega-3 are probably futile unless you’re concurrently minimizing omega-6. The primary culprits of excessive omega-6 consumption are vegetable oils, especially corn, soy, peanut, canola, grapeseed, and sunflower oils."

So once you're aware of just how much high omega-6 foods you are eating, normally you only need a few adjustments to get your omega-3 in balance. Chris says that eating whole foods, rather than taking supplements is the best way forward to boost your omega-3 stock.

"EFAs are extremely heat-sensitive and prone to oxidation, so you’re far better off obtaining them from whole foods, as opposed to supplemental oils. For omega-3, choose cold-water, fatty fish as well as hemp, chia seeds, and flax seeds. Olive oil, avocados, and small amounts of nuts provide more than enough omega-6. Eat them freely, but say farewell to vegetable oils," he explains.

So now that you know what omega-3 is and how to get more of it, here's just some of the long list of benefits that you can expect to see and feel soon. Trust us, you'll be eating oily fish tonight!

The four words every woman wants to hear! Cassandra Barns, Nutritionist at NutriCentre.com explains that omega-3 works with the body to produce hormones which suppress appetite while boosting metabolism.

"​Omega 3 helps your body respond better to a hormone called Leptin. Leptin tells your brain to suppress your appetite while increasing your metabolism. Leptin also causes your body to burn fat for energy, however if your body isn’t responding to Leptin correctly then the reverse happens, you’ll be hungrier and you’ll store more fat," she says.

2. It protects your skin

We're so used to slathering on SPF creams, that we sometimes forget what you put inside your body also helps with skin protection.

Cassandra says that omega-3 and 6 directly help with protecting your skin from the sun by "controlling inflammation and minimising collagen damage from UV rays" in your dermis (the lower layer of skin).

But it doesn't end there. ''It has been found that omega-3 and omega-6 fatty acids play an essential role in skin structure and appearance." says Cassandra. "They are incorporated into cell membranes in the epidermis (the outermost layer of cells in the skin) and help to maintain the skin’s barrier function and prevent moisture loss."

As a result of protecting your skin from the sun and minimising collagen damage, omega-3 is integral to the anti-ageing process. Get your fish on!

3. It helps with eczema

As well as helping protect your skin from the signs of ageing, Chris says that this EFA could actually help with skin conditions such as eczema too.

"While there are several types of foods that contain omega-3 and 6, including nuts and seeds, oily fish contain two specific omega-3s called EPA and DHA, which are generally not found in other foods and are thought to be important for the skin." Chris explains. "These types of omega-3 may be particularly helpful for those who suffer with eczema or dermatitis.''

The main thing that omega-3 is known for, is helping with heart health. Although you will be able to find a few recent, less accurate studies disclaiming the extent of the benefits, Chris says that for the "American Heart Association and the British Heart Foundation, the heart-protective properties of omega-3 are widely acknowledged."

As omega-3 is an anti-inflammatory, it makes sense that it helps with joint health. A lot of problems with joint pain are down to inflammation as well as weak muscles and everyday wear. In fact, Chris says that "new research from the National Institute of Health and Nutrition in Japan has concluded that people who eat more fish are 39% less likely to suffer mentally or physically in the future."

The study acknowledges that while the protein is key for building muscle, the "omega-3 fatty acids help to ease joint pain by acting as an anti-inflammatory."

As well as this, Chris explains that "a recent study conducted by researchers from the University of Bristol, and funded by Arthritis Research UK, found that omega-3 may 'substantially and significantly' prevent or slow the progression of osteoarthritis.

"The researchers found that omega-3 reduces the degradation of collagen in cartilage, a classic early sign of osteoarthritis."

6. It promotes a healthy brain

Although the relationship between heart health and omega-3 has been thoroughly researched, the link between the fatty acid and brain power has not been tackled in quite the same depth. That being said, studies have shown links between levels of omega-3 and improved memory and overall brain health.

Another trial conducted by Dr Alex Richardson across 12 Durham schools showed that 40% of participants who took omega-3 supplements "showed some clear improvement" in brain power.

Other research suggests omega-3 can help to protect cognitive brain function, and therefore decrease the likelihood of alzheimers, but there is no decisive scientific proof as of yet.

Another benefit that might not seem so obvious, is the link bwteeen omega-3 and healthy pregnancies.

Chris says that in order "​to meet the omega-3 requirements of their babies’ developing brains and nervous systems, pregnant women should consume more omega-3 than non-pregnant women."

But that's not all, according to Chris "a 2008 study recommends omega-3 supplementation and minimizedomega-6 vegetable oil consumption for pregnant women. Additionally, omega-3 helps breastfeeding mothers generate breast milk and may prevent postpartum depression."

10 Things You ACTUALLY Need To Know About Vitamin D

7 Ways To Keep Your Heart Healthy And Happy