by Vivian KELLY Published on 5 December 2014 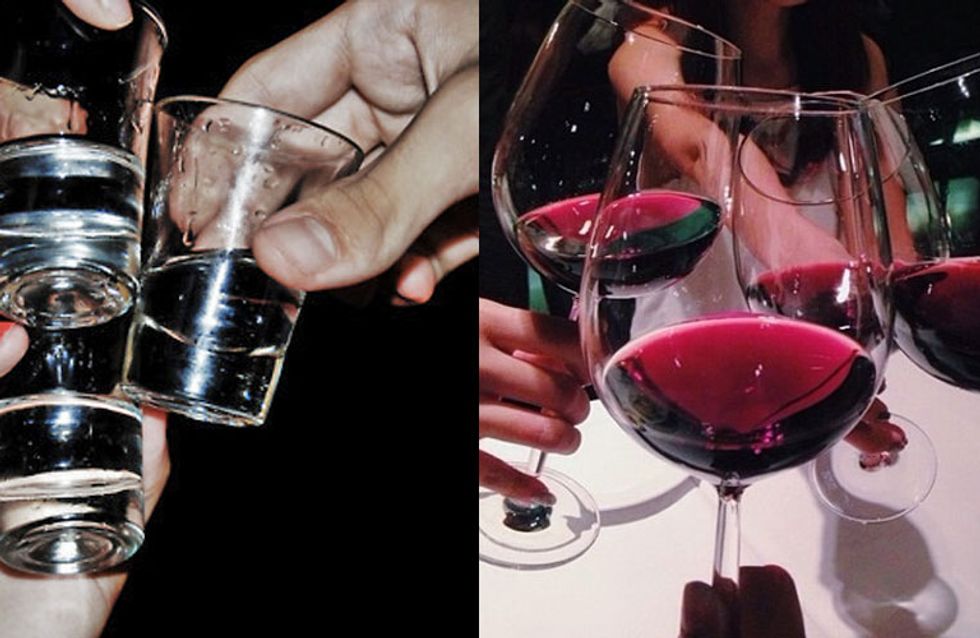 Wine, the new working age binge? Next time you think yourself classy for opting for a nice glass of red, think TWICE. NHS Chief, Duncan Selbie warns adults to start clueing up. He says just ONE glass of wine is equivalent to THREE shots of vodka in units. This could explain the hangovers...

With liver disease now the third biggest killer of ‘working age adults' people are finally starting to take their drinking habits more seriously. So don't go blaming boozy teenagers for our binge drinking ways, adults are just as equally to blame (if not more).

Aside from Finland, England is one of the only countries in Western Europe where alcohol related deaths are on the rise.

Furthermore, the amount of people dying from liver failure is increasing year on year with the latest statistics showing a 500 percent increase since the 1970s. But we thought they were bad!?

Duncan describes alcoholism as England’s ‘silent killer’. ​Statistics show that 75 percent of people with cirrhosis (i.e. advanced liver disease) are only diagnosed once they are admitted into hospital, which leaves patients with little faith for recovery.

In an effort to change people’s drinking habits Duncan brings to light the issues adults face with the rise alcohol consumption in the UK.

He said, “Liver disease is largely preventable with the three big risk factors being alcohol – for example, a large glass of wine is like THREE shots of vodka, so it is very easy for people to pour a glass and have no idea how much they are drinking.”

The former chair of the alcohol misuse group and Conservative MP, Tracey Crouch says, “People will see it is a very different thing pouring a glass of wine to pouring a three measure vodka but this is why it important to have calorific content on the labels - you wouldn't pour three shots of vodka but you also wouldn't sit down and eat six donuts - but you tend to pour yourself a large measure of wine not a small glass.”

Right, so now that we know a glass of wine is just as calorific as a doughnut and equivalent to three shots of vodka, we're not so it's our fave drink choice anymore... do you?

Are you as shocked as us? Tweet us @sofeminineUK!

Crash Dieting May Not Be As Bad As You Think

A Glass Of Wine Just As Calorific As a Doughnut?