Getting Back To Nature: Everything You Need to Know About Rewilding

by Emma Goddard Published on 9 February 2015 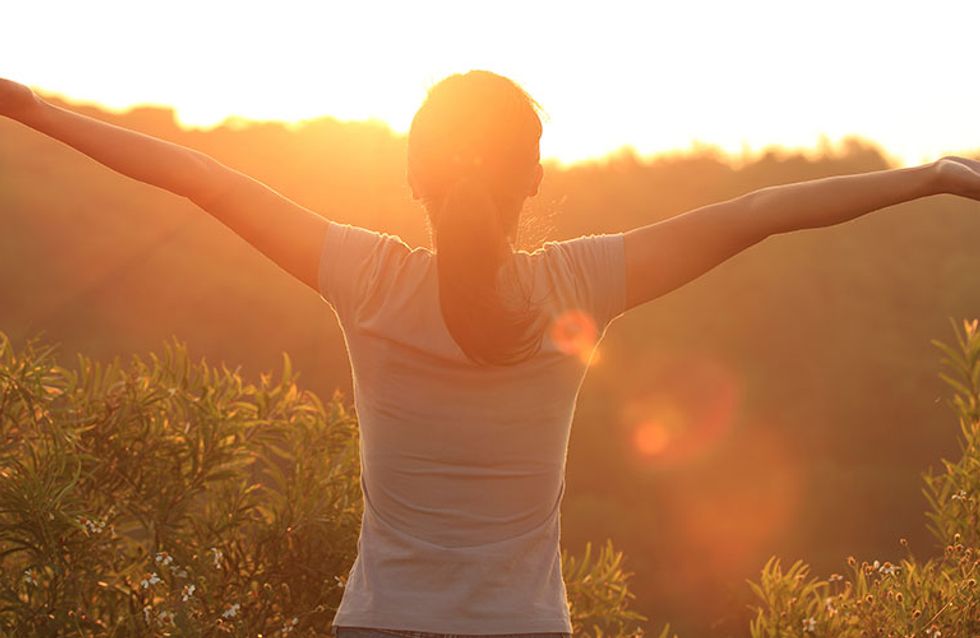 Rewilding, the latest craze heating up the health and fitness world, is all about living a feral lifestyle and bringing you back into sync with nature and animals, supposed to make you healthier and happier than you ever thought possible. Intrigued? Here's everything you need to know about this new trend that takes you right back to nature...

Rewilding, which means, "to restore something to its natural uncultivated state," is typically associated with the effort to restore and conserve the wilderness. However, rewilding has recently come to obtain a new meaning when defining humans, becoming a new trending health movement and lifestyle for many.

​Though the concept is still new to us, even A-listers such as hipster loving actress Shailene Woodley (who often is recognised for her down-to-earth attitude and earthy spirit) are all about the rewilding trend. And the movement just keeps on expanding. In fact, people from all walks of life (not just the hippies of the world) are joining in on rewilding, and Kenton Whitman, the co-founder of ReWild University, hopes that many others follow suit.

"In my eyes, we can't separate humans and our cultural or technological creations from the natural world," Whitman said.

"Rewilding seeks to question our creations and look back to earlier models as possible way of enhancing our lifestyles. Just as we can't ever return as an ecosystem to a truly wild state, if wild means untouched by human influences, we humans can't all realistically go back to living as hunter-gatherers. But we CAN critically question the way things are being done and collectively create lifestyles and cultures that are in accord with the basic foundations of what it means to be fully human."

Be healthier inside and out

Whitman, who said he first had a "wilderness awakening" in his late teens, started ReWildU in Menomonie, Wisconsin with his wife, Rebecca, as well as their Adventure Specialist, Mike Helfman, their Primal Fitness Guru, Nicholette Routhier, and guest teachers who range from anything like yoga instructors to herbalists. It was 20 years after Whitman's awakening that he and his wife decided to create their own program, and it all began because of one unfortunate encounter.

"It started with a young man who had been caught trying to catch Rebecca on film while she was changing," Whitman said. "Instead of wanting revenge, Rebecca helped organise a 10-day wilderness experience where the young man and I met a host of wilderness challenges. He made an incredible turn-around, getting off drugs and ceasing his criminal behaviour. He's still clean today and that experience spurred us on to develop programs for a wider audience."

Now, with many members and YouTube followers who enjoy watching their wilderness skills videos, the Whitmans' program has expanded and helped many to reawaken their senses and emotions. ReWildU's first 11-month member, according to Whitman, was a woman with multiple sclerosis (MS), who, after long being encouraged to take various medications for the autoimmune disease, felt the need to take a different path through rewilding to leave behind her label in society as a "patient."

"Our system tries to convince us that we're weak, that we don't possess wisdom, and that commercial products, whether that is a new car or a new prescription, will fix our problems," Whitman said. "But she had begun to feel like something wasn't right with this picture, and she came to ReWildU to reclaim her personal power."

Thanks to her experience with ReWildU, this member changed her diet, engaged in martial arts and primal fitness, and eventually trained herself to graduate from walking up small hills to taking a day-long winter tracking adventure through hip-deep snow and up and down ravines, according to Whitman.

"Most athletes I know wouldn't be able to do what she did that day," Whitman said. "Rewilding isn't just for people with MS. All of us have been fed this message that we are physically, emotionally and mentally lacking. But once you get out in nature, you begin to discover how strong you are. Nature provides the challenges, we provide the support, and our students supply the inner power that has just been waiting to be called out."

Although rewilding varies across the board depending on what groups you join (ReWildU is just one of many) and how deep you want to go into the process, there's a little something for everyone. At ReWildU, the Whitmans are offering various classes for 2015, such as, Playing with Fire, Nourishment From Nature, and Becoming Nocturnal.

How you can get involved

​For the winter 2016, ReWildU is even holding a week-long workshop called, Comfort in the Cold. So if any East Coasters thought winter storm Juno was bad, taking a class like this might be useful in helping you adjust to the snow and temperatures that most people would typically bundle up in.

"Students can get as immersed as they like, from a gentle walk in the spring forest to hacking a hold in the ice and plunging under the water," Whitman said. "People have different reasons for how 'deep' they choose to go, but the basic premise is that when we push past our usual boundaries, whether boundaries of habit or boundaries of fear and self-doubt, we enter uncharted territory."

However, while these cold weather experiences are welcomed by many of their students, the most popular fitness class at ReWildU is their "woods games." Based off parkour (which is an activity involving moving rapidly through an area), students use the forest as their gym and playground by balancing on tree branches, crawling under logs and even sliding down snow-covered ravines, according to Whitman. The woods games class is a full-body workout that targets strength, cardio, balance, and mental fortitude, all while having tons of fun (you won't even feel like you're exercising)!

​If you're interested in getting involved check out Rewild University's online classes or read up on Daniel Vitalis' Rewild Yourself magazine where you can find out everything you need to know.

On top of their classes and workshops, ReWildU also encourages its students to reconnect with wildlife (Whitmans' daughter began petting bees when she was just two and a half years old), eating wild food surrounding them and generally, getting in touch with the natural world. Whitman and his peers who've embraced rewilding want others to see that we still have a lot to learn from our ancestors, who, rather than battling nature simply grew with it. So instead of succumbing to the pressures of our modern day world to change with the help of 'this or that product', rewilding is about feeling empowered and reclaiming our birthright.

"​If you fight nature, nature will tear you apart," Whitman said. "But when you stop fighting, you find that nature changes. I think that's a clue into the minds of our ancestors. They lived in a world of ice ages, saber-toothed cats, and giant bears that dwarf today's grizzlies.They navigated the world without cell phones or ambulances or guns."

I think it's fair to say that our ancestors were pretty fricken amazing! Give rewilding a try and find out what it's really like to navigate a world completely stripped of human intervention.

Thinking about joining the rewilding movement? Tweet us @sofeminineUK!

7 Ways to keep your heart healthy and happy

10 Lifestyle Hacks On How To Strengthen Your Immune System