A Healthy Tummy, No More Colds & Beautiful Hair? The 10 Amazing Benefits of Ginger

by Vivian KELLY Published on 4 November 2014 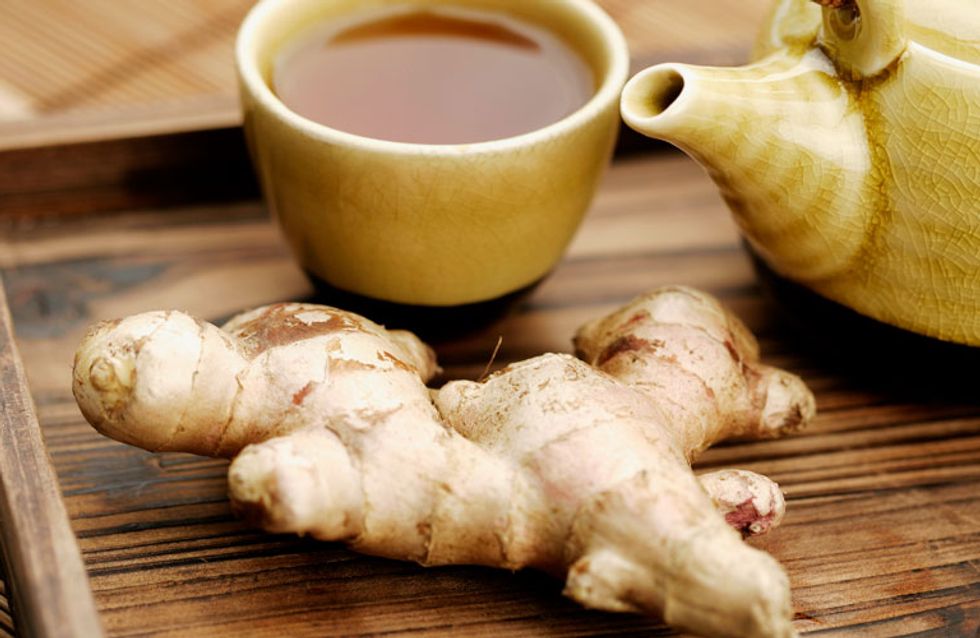 Ginger isn't just good for adding zing to your meals, it's also pretty amazing for spicing up your health too. From detoxing ginger baths to tummy ache fighting teas, ginger has got it all when it comes to feeling great. And it's not just your health it's great for! Here are 10 amazing benefits of ginger...

Ginger has long been touted by health experts as a superfood. This herb grown as a root is not only delicious and tingly to taste but it also comes with some impressive health benefits. MEGA health benefits actually. Although it's known for adding a bit of pizazz to your meals it can also do a lot more for your health and your beauty too.

It's medicinal properties can help alleviate stomach distress, ease digestion, beat colds and flu and wither away winter pains - wherever it is.

Here are some ways to make the most out of ginger:

Here's why we're rooting for ginger...

1. It's great for cold and flu prevention

Feel cold and sniffly this season? We know just the thing to make you feel better.

In-house nutritionist at Lifesum, Lovisa Nilsson says, "Ginger is high in antiviral compounds, which helps soothe and prevent symptoms of cold and flu. Whilst ginger acts as an antiseptic and antioxidant, it also reduces inflammation of the mucus membrane easing the pain in your throat from coughing. The ginger root can also act as an antihistamine and decongestant, which is why it's used in Asia as a natural remedy for cold and flu."

With cold and flu season in full swing now you're going to need more than just a cup of Lemsip. For a flu fighting tea at home slice 2 inches of fresh ginger root and boil for 10 minutes with a few cups of water. After, add some Manuka honey for some extra medicinal strength (and sweetness).

We all know that ginger is renowned for its ability to alleviate discomfort and pain in the stomach but did you know it's great for helping digest food after a heavy meal too? Neither did we.

Lovisa says, "Ginger is a natural carminative, which means it helps to eliminate extra gas from the intestinal tract. Ginger also stimulates the production of gastric juices and saliva which aids digestion."

So if you have an upset stomach pour yourself a glass of ginger ale or make yourself a warm ginger tea. Sip, breathe and relax!

Just a small taste of ginger will make you feel warm from the inside and out. So there's no surprise that it's believed to open pores and help you sweat.

"Ginger is known to promote healthy sweating, which can help ward off infections," says health expert and Founder of Barrecore, Niki Rein.

To really get the most of ginger's detoxifying benefits soak in a fragrant bath. Grate half a cup of fresh ginger, pour into a hot bath and sweat out those toxins girl!

4. It may help prevent cancer

There's a reason ginger has been used for more than 4,400 years - it's kick ass medicinal properties may help fight cancer.

Lovisa says, "According to a study published in Cancer Prevention Research, a journal of the American Association for Cancer Research, ginger root supplement can decrease the inflammation in the colon. Inflammation in the colon is believed to be an indicator of a precursor of colon cancer and thus a prevention of the growth of cancer cells. Ginger is also believed to kill cancer cells in ovarian cancer."

While there's still more studies to be be done, it's fair to say that ginger shows a lot of promise. So utilise it how you wish but we're team ginger!

If you're feeling uneasy take a Ginger Pastille – they're great tasting, soft, chewy and contain ginger root and blueberry extract for a healthful punch of antioxidants. Perfect for mothers-to-be!

6. It's great for pain and inflammation

Whether you're constantly suffering from aches and pains or often suffer from PMS blues, ginger is your guy.

So what is it about ginger that makes it so powerful? "Ginger contains very strong anti-inflammatory compounds, called gingerols. Gingerols are known to inhibit the formation of inflammatory cytokines which are chemical messengers of the immune systems. It is commonly used as a natural remedy for patients with osteoarthritis or rheumatoid arthritis as well as (get this) an effective pharmaceutical agent for relieving PMS!", says Lovisa.

Hurrah. So if you have an achy knee or belly hugging cramps dip into a hot ginger bath or sip on some warm ginger tea. It's ahh-mazing and relaxing!

Spice up your sex life with some ginger love. Ginger's spicy flavours not only have a warming affect on your body but your mind too.

Lovisa says, "Ginger's warming effect increases your heart rate, which mimics how the body feels during sex, which sensitises your nerves and puts you in the mood. Ginger is also thought to invigorate reproductive organs and assist with fertility." Who knew that ginger can actually improve your sex life and your chances of conceiving!?

8. It gets your blood flowing

Ginger's warming effects also helps stimulate your body tissue and blood flow so rest assure that those banging headaches and breathless moments will be far and few between.

Lovisa says, "Ginger also contains magnesium and zinc which help to improve circulation, as well as prevent chills and help relieve the symptoms of fever.

"​To get the health benefits of ginger it can be consumed fresh, dried or powdered. Surprisingly this means there’s at least some health benefits of all those ginger breads that will be eaten during christmas." Which includes those mouthwatering ginger biscuits! Ginger is our new fave now.

9. From dandruff to hair loss to dull lifeless locks, ginger's got your back

Ginger's antiseptic and stimulating properties make a great natural remedy to fight your hair woes. A quick remedy to try: Grate two tablespoons of fresh ginger and mix with olive oil. Massage into hair and leave on for about 30 minutes. Voilà, beautiful glossy locks!

Maintain the gorgeousness with OGX's repairing Awapuhi Ginger range infused with tons of nutrients to soften and tame dry tresses. 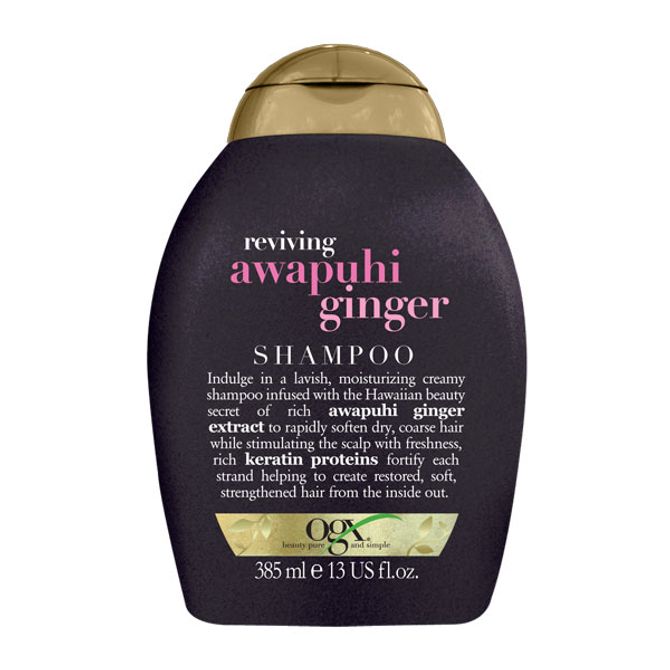 We love this one. According to superstition it "warms the heart", which consequently makes you more loving!

Are you going to up your ginger this winter? Tweet us @sofeminineUK!