by the editorial team Published on 16 June 2008 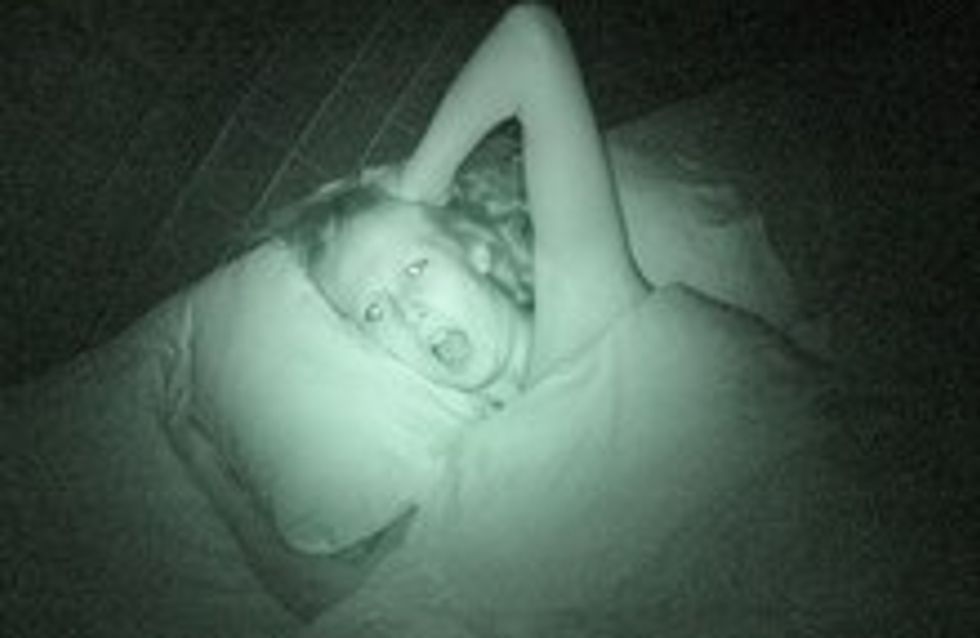 Sometimes nightmares take hold and disturb our dreams, making us agitated, anxious and they stop us from getting our vital beauty sleep. Where do they come from? Do they have a particular meaning?

Where do nightmares come from?
Like dreams, nightmares are a mental and physical reaction. They appear during the REM phase of sleep. The word nightmare comes from night, and mare which means ghost in Dutch. It translates as anxiety and fear, a distortion of a situation or of an event that took place during the day (in the majority of cases.) It can also be related to old memories from months or years ago. A person who has a nightmare wakes up often feeling uneasy, with a beating heart, sweating, frightened and even disorientated. Some people also have post traumatic nightmares following an accident, war, suicide of a loved one, etc. In this case, they are a lot more recurrent. Sometimes nightmares can also be caused by illness, chronic pain or even bad digestion. In all cases, they tell us about our unconscious. Each person reacts in a different way. Some nightmares can be troublesome, while some people just find them unpleasant.

Why do children have more nightmares than adults?
It’s proven that children have more nightmares than adults. The reason is simple. A new baby is constantly exposed to new images, sensations, smells, sounds and, as a result, strong emotions. It’s only during sleep that the infant eliminates all the information the brain accumulates during the day. Often babies' main nightmares are of abandonment by the mother, as when the mother leaves her child at nursery in the morning, for example. Up until 5 years of age, the child often has nightmares about ghosts, dragons and being chased by robbers as seen on TV or in books. Some children also dream about conflicts with their bothers and sisters or with their parents. The reason for this is that they do not yet have the words to describe their fear and have difficulty expressing their feelings. But as time passes their language develops and children can explain their emotions and feelings as well as reason with themselves - and they have less and less nightmares.

Can you prevent nightmares?
When a nightmare becomes recurrent it can be very disturbing, not only at night but also during the day, so it's vital to deal with nightmares rather than ignore them, so they become less threatening. Some psychologists say that treating nightmares enables overcoming fears and makes spiritual development easier.
The best known method consists of writing or visualising the nightmare before sleep, and inventing a different scenario. Repeating this new scenario for several nights in a row in the mind, the nightmare will change little by little and take on a more positive end. Another possiblity is if and when you have the opportunity to have a ‘lucid’ nightmare, which means that you know what you dreamed of when you wake up, you can change your actions, question yourself about the reason for the scenario, and change it.

Interpretation of the most common nightmares
- Death, illness and accidents. At first glance these can seem like premonitions. Whether someone tells you that they have an incurable illness, you hear about the death of someone in your family, or you witness a terrible accident on the motorway, these nightmares simply reflect the fact that you are worried about one or several people who are having problems or taking risks at the time. So your unconscious imagines the worst - which will not neccessarily happen, rest assured! Dreams about saying good bye to a dead person are also very painful, even if anxiety is replaced with relief when you wake up. And if you dream about your own death, it could mean that there has been a change in your life or that you’ve come to an end of a difficult period.
- Being chased. Do you dream about being chased by an individual or a ferocious animal and not being able to escape? This can mean that you are looking to flee someone or something that requires you to acknowledge them/it. To overcome this you must find what you are fleeing from and find a solution to any problems in your life.
- A house falling down. This can mean a lack of stability and difficulty in keeping on top of things. This is a frequent nightmare in depressed people.
- Monsters (and other imaginary characters.) The majority of these are found in children’s nightmares. They can mean a subtle and uncontrolled danger (violence and sometimes sex); a fear of the unknown or even chaos that can affect everyone.
- Vomit. Some people have painful dreams where they ‘empty’ themselves. This can transalte as a true feeling of being fed up in one area in particular in life, a difficulty facing a recurring and traumatic situation that is literally devouring vital energy and affecting health.

Sign up to get involved!
You might also like
Do Dreams Mean Anything? From Why We Do It To What They Mean
by Vivian KELLY
How To Stop Sleep Paralysis And Prevent Those Nightmare Hallucinations
by Emma Goddard
Pulled An All-nighter? 15 Ways To Survive On Less Sleep
by Vivian KELLY
9 Things That Will Help You Sleep Like A Damn Baby
by Emmy Griffiths
How To Fall Asleep Fast! Sleep Solutions For Every Type Of Person
by Vivian KELLY
How To Stop Bad Breath
by Maria Bell
5 Reasons You Need To Sleep Naked
by Cliche Wynter
A Bad Night's Sleep Could Be The Reason You're Gaining Weight
by Helen Turnbull
22 Things Everyone Who Lives To Sleep Will Understand
by Rose Adams
8 Ways To Stop Stressing and Bust Burnout
by the editorial team