by Sarah Horrocks Published on 22 January 2008 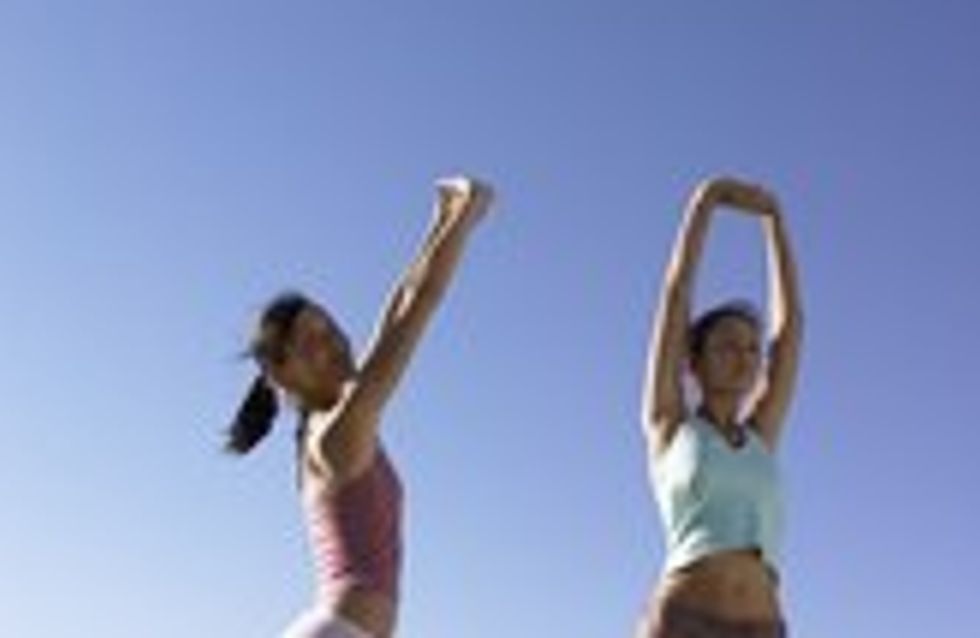 Yoga was born in India. The discipline of yoga is intended for meditation and spiritual asceticism, unifying the body and the mind. A relatively recent craze in the West, yoga has enjoyed unprecedented success in reecent years, mainly thanks to its many celebrity followers.

Yoga was born in India. The discipline of yoga is intended for meditation and spiritual asceticism, unifying the body and the mind. A relatively recent craze in the West, yoga has enjoyed unprecedented success in reecent years, mainly thanks to its many celebrity followers.

The origins and philosophy of yoga
Yoga is an ancient discipline that has become popular in recent years. Archaeological evidence suggests a form of yoga was practised in India in the 3rd millenium BC. Yoga means union in Sanskrit, the literary language of ancient India. Yet it wasn't until the 4th century AD that Patanjali, considered the founding father of yoga, wrote the Yoga Sutra, a reference for the discipline. Among other aspects, he outlined 8 limbs of yoga practice, which he compared to the branches of a tree:
-Yama, the ability to communicate with non-violence
-Niyama, observation of the self
-Asana, the practice of poses
-Pranayama, controlled breathing
-Pratyahara, listening to the inner senses
-Dharana, concentration
-Dhyâna, meditation
-Samadhi, liberation (the ultimate stage in personal development)
The first 5 constitute the basis of hatha yoga, an entirely separate discipline that aims to achieve good health and concentration through a healthy lifestyle and yoga postures.

Yoga as sport: hatha yoga
The vast majority of yoga classes focus on the physical dimension, i.e. hatha yoga. Traditionally, it is intended to keep the body in an optimal state of health and discipline the spirit. It revolves around three main axes:
-Poses. There are over 1000 poses, from the plough to the boat to the half moon. Static or moving poses (in routines such as the famous sun salutation) are performed without forcing, respecting the body, paying special attention to positioning and the correct alignement of the spine.
-Breathing exercises. These are indissociable from the poses. They work on four main phases of breathing: inhalation, retention with full lungs, exhalation and retention with empty lungs. There are many different ways of breathing during a yoga session, each emphasising one or another of the various phases by adopting a slow or fast rhythm, breathing through one nostril, two nostrils, alternate nostrils, making a noise as you breathe or not, inhaling or enhaling for a longer or shorter time.
-Relaxation. This phase, which generally comes at the end of a session, is done sitting or lying down. It also involves slow, deep breathing and listening to suggestions or very gentle sounds.

The benefits of yoga
- The first advantage of (hatha) yoga is that it is accessible to all, men, women, old and young, fit or unfit. There's no competitive aspect and you don't need to be particularly able: you just need the will, concentration and perserverance to carry out the poses and routines. And though it is a part of spiritual practice, you don't need to know anything about philosophy or hold any particular religious beliefs to enjoy and benefit from yoga.
- Yoga also has many benefits for the body: it tones the muscles, makes you supple, aids balance, strengthens the abs and burns fat.
- It improves your general health, eliminating toxins, stimulating the vital organs (digestive, respiratory and sexual organs), improving heart function and endurance.
- Because of the concentration and will required, yoga also plays an essential role in the mind. Stress and anxiety gradually disappear, and after a few sessions you feel a deep sensation of wellbeing that impacts on every aspect of your daily life and your relationships with others.

Different disciplines of yoga
Popular hatha yoga is constantly changing. While the poses and routines themselves remain unchanged, there are ever more and more different types of yoga that carry out all of the poses, breathing exercises and meditation either in a more energetic and strenuous manner or a calm and relaxed manner. The most popular of these are ashtangayoga (synchronisation of breathing with rapid routines of increasingly demanding poses), integral yoga (a balance of poses, breathing, meditation and relaxation), viniyoga (integrated movement and breathing), yoga for pregnant women (specially adapted for mothers-to-be), and bikhram yoga (carried out in a room heated to 40 degrees).

More information
The best way to learn yoga is to take a class at your gym, local council or with a trained teacher. Only learn from a qualified teacher; word of mouth is always reliable, so ask around if anyone knows a good instructor and have a free trial or even test out several classes to get an idea of what to expect. The British Wheel of Yoga is the national governing body for yoga in the UK and their site www.bwy.org.uk includes information on yoga, qualifications and instructors in your area.