by Dagney Pruner Published on 18 December 2014 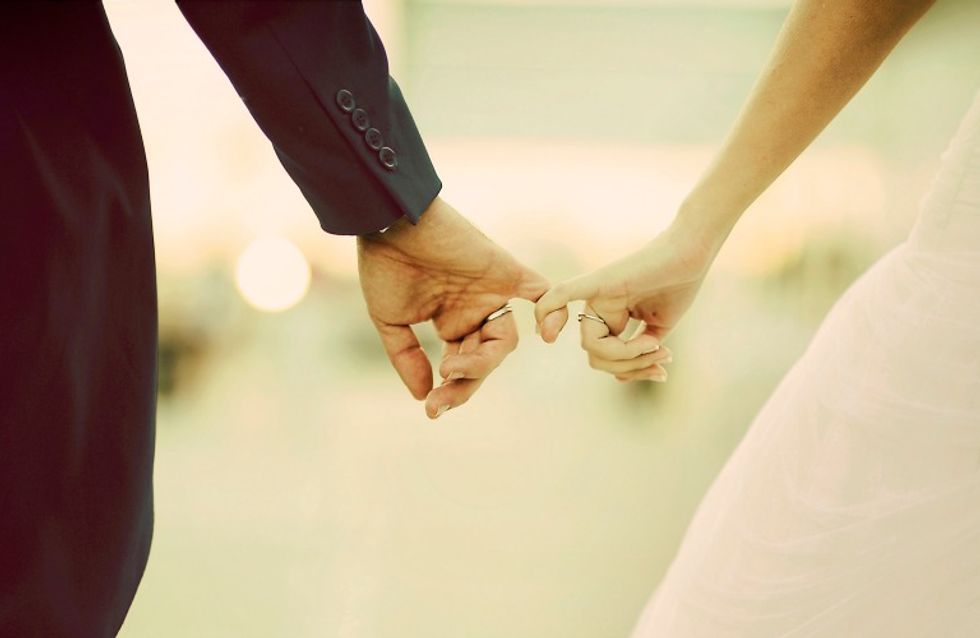 If there is one thing we hear over and over again about marriage, it's that it's hard work. So who better to receive some of the best advice on making marriage work than the celebrity couples we idolise, and maybe even from the ones we don't. Here are 25 quotes that will inspire you to NOT want to kill your significant other after you say "I do".

"Why does a woman work ten years to change a man's habits and then complain that he's not the man she married?"

“There are two things for a marriage to be good. One is to work hard on it. The other one is to marry above you. And I succeeded at both of those.”

"You have to keep the fights clean and the sex dirty." -Kevin Bacon
"I'm going to embarrass my kids -- sex is important. Sex is really important." - Kyra Sedgwick

“Before you marry a person, you should first make them use a computer with slow Internet to see who they really are.”

“I got gaps; you got gaps; we fill each other’s gaps...Love is absolute loyalty. People fade, looks fade, but loyalty never fades. You can depend so much on certain people; you can set your watch by them. And that’s love, even if it doesn’t seem very exciting."

"I've always said that I expected to grow up and get married like any nice southern girl, but the fact is you don't get married in the abstract. You find someone that you'd like to be married to."

"A simple 'I love you' means more than money."

"The man who says his wife can't take a joke, forgets that she took him."

"The problem with marriage is that it ends every night after making love, and it must be rebuilt every morning before breakfast."

"I believe that everything happens for a reason. People change so that you can learn to let go, things go wrong so that you appreciate them when they're right, you believe lies so you eventually learn to trust no one but yourself, and sometimes good things fall apart so better things can fall together."

"A good friend just told me that the key to a successful marriage was to argue naked! I'm gonna do that from now on, when that rarely happens."

"For marriage to be a success, every woman and every man should have their own bathroom!"

"Don't settle for a relationship that won't let you be yourself."

"As long as you know most men are like children, you know everything."

"The best way to mend a broken heart is time and girlfriends."

"Husbands are like fires. They go out when unattended."

"When you have a baby, love is automatic, when you get married, love is earned."

"Marriage is a series of desperate arguments people feel passionately about."

"The ideal husband understands every word his wife doesn’t say."

"People stay married because they want to, not because the doors are locked."

“It is not a lack of love, but a lack of friendship that makes unhappy marriages.”

Do you have a favourite celebrity quote on marriage? Tweet at us! @sofeminineUK!

15 Of The Best Striptease Songs To Help Set The Mood