How To Make A Long-distance Relationship Last

by Pascale Day Published on 24 November 2010 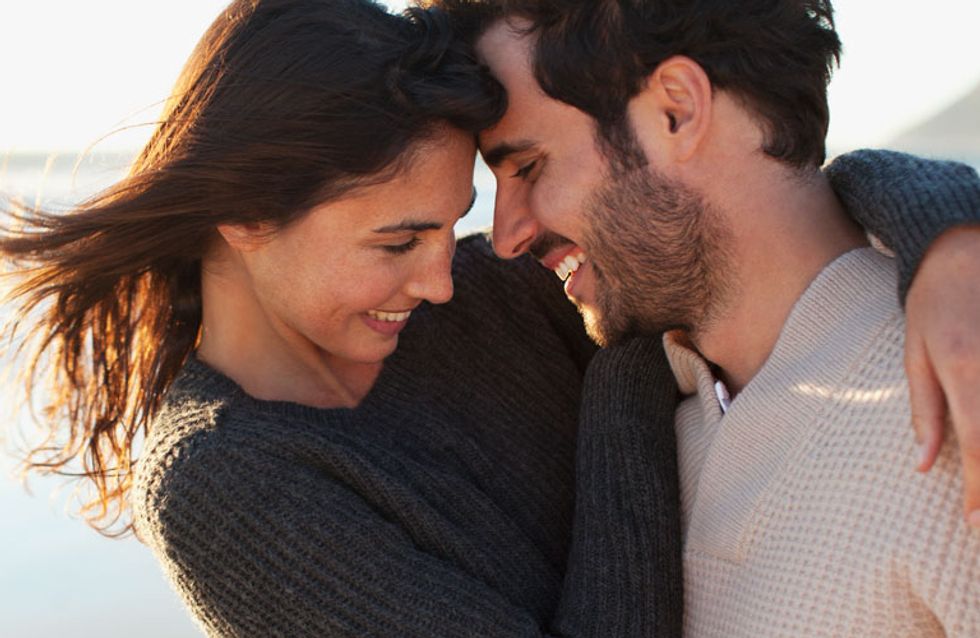 Long distance relationships may seem romantic but anyone who’s ever been in one will know it’s not always Sleepless In Seattle. However, research by eHarmony shows that the average Brit is willing to travel over 400 miles for love. N’aww. Still, not all relationships are going to be smooth sailing and a cheeky holiday every six weeks. It’ll be hard, really hard, but it could be a relationship that can take the distance and this is how to make sure it is...

The long distance relationship (or LDRs, as the kids call them) is not a new concept. Relationships have been kept alive through wars and conflict with the power of a simple letter. So really, we have it relatively easy, with our free wifi and the ability to conjure each other’s faces on our phone screens at the touch of a telephone icon.

​But that doesn’t stop LDRs being as difficult than they used to be. There’s still the same frustration and longing and loneliness as there’s always been. They don’t always work, but when they do, they can be really really great. Romantic, even. They give you a fantastic sense of independence - unlike your buddies who can’t grab a coffee without their guy by their side - and they make you truly appreciate your partner. In fact, studies even suggest that long distance relationships are stronger than couples who live geographically close. That’s not to suggest that they are not without their complications. So if you’re about to embark on an LDR, here’s some important things to remember in order to survive it:

It’s important that you keep in regular contact with one another, but don’t go crazy. A good morning/goodnight text is cool, a phone call in the evenings is fine, but come on. Be sensible, guys. Don’t spend every mealtime FaceTiming each other. Your relationship will get soooo dull. Here's a brief glimpse into one of your many conversations:

Is that the kind of relationship you want? Really? Call each other once a day, or every couple of days, and that way you’ll have plenty to say to each other. Jemima stresses the importance of not overcrowding each other, but also being supportive of one another: "It can be hard to hear about all the fun stuff your other half is up to when you’re not around, but by being supportive, giving them space and genuinely taking an interest in their stories shows them how much you love them and want them to be ultimately happy," she advises.

2. Always make sure you’re on the same page when it comes to your relationship

You want to get something clear from the beginning: that you’re not wasting your time. Before this whole long distance thing begins, make sure that you and your partner are on the same page about where your relationship is going. Because you don’t want to get two years down the line, having remained basically celibate that whole time, to only then discover that you didn’t have the same life goals in mind once you were reunited. Awkward. Jemima advises that the need to establish a level playing field early on is key, as this will help to establish a mutual trust that'll help to determine whether your relationship should continue. A tough convo? Yes, but oh so important.

Sex is important in any relationship, whether you’re in the same country or not. Long distance relationships, however, are probably the most frustrating. Durex’s Sex and Relationship expert Susan Quilliam says that you should make the best of being together and apart. Make the most of modern technology: phone sex is the obvious choice, but get inventive. This is the 21st century guys! The world is your oyster! How about FaceTime sex, or a dirty Skype sesh? Susan advices you to indulge in long passionate phone calls, erotic emails of what you’ll do to each other when you meet again, and of course PLENTY of sexting. The virtual intimacy will make you understand each other and what you like. You have an orgasm literally lying in the palm of your hand.

4. Get out and about

As tempting as it is - especially in the first few weeks of embarking on your long distance relationship - to wallow alone in your own self pity, you have to pick yourself up and get out. Because life goes on, girlfriend. Jemima says that being a LDR means that a supportive social network will play a big part in your life, and so you must continually nurture your social ties. Spending time with friends and family will take your mind off of not being with your partner and, who knows, you might even have an alright time! It’s important that you have independence outside of your relationship so gurl, go have some fun.

Leaving a conversation mid-argument can leave you with a bad taste in your mouth. If you aren’t happy with something in your relationship, or you’re annoyed or bothered by something that’s been said or done, you need to speak to your partner, tell them exactly how you’re feeling and ensure that the argument is resolved before you hang up the phone. You’ll end up harbouring a sense of resentment for longer than you should. Speak to your partner, stay calm and talk it through in a calm manner.

“Good communication skills sit at the heart of LDRs,” says Jemima. A lot of things can be lost in translation when you only have a phone or text messages to connect the two of you. You miss out on elements of live conversation like body language, facial expressions and tone. You need to ensure your conversations have the correct inflection in what you’re trying to convey. It’s easy to hang up if you’ve had an argument, (arguments are like the only thing that seem easier to shut down in a long distance relationship) but it doesn’t solve anything. You need to leave it so nothing can be second guessed at or confused.

6. Have a thing that you connect over

Finding ways you can connect on a regular basis will help to bring a sense of normalcy to your relationship. Pick something you both like, perhaps you enjoy the same television show, so why not make a phone date after watching an episode - every Wednesday, for example - to discuss all the juicy details. Or maybe you both like cooking, so choose a meal that you can both make over Skype and eat it ‘together’. There’s nothing better than Skype fajitas, we can assure you. This way, you feel close, connected, and you’ll have a date that you can both commit to each week. It gives you a little something to look forward to, and it gives a sense of normality.​

Whether it's a big present or a simple letter, everyone loves getting mail. In between all the texts and emails and Skype sessions, there’s nothing more romantic than taking it old school and sending an old fashioned letter. Because really, where’s the romance in sending an email? “RE: your beautiful eyes”? It doesn’t exactly have the same amorous sentiment as a hand-posted letter, signed sealed delivered (and, of course, spritzed with some perfume). It gives your partner something tangible to hold in their hands, to keep and remember. It’s something they can read alone, and know that you wrote it thinking of them, removed from technology.

Long distance means you have no way of telling what your partner’s doing most hours of the day, and that’s hard, man. The mind boggles. But you should trust each other, keep the faith and avoid trying to ‘check in’ all the time. Talk to each other and enjoy it instead of worrying or being suspicious. A lack of trust is more likely to be the cause of a breakup rather than the distance in the long run.

9. Always get a visit on lockdown

Jemima tells us that research suggests that long-distance relationships have a better chance of lasting if you can increase the quality and frequency of interactions. So plan as many visits as you can. In fact, whilst you’re on a visit, get your next visit in the diary. Then, when it’s time to leave (sob), you’ll already have something to look forward to.

At the same time, Jemima reminds us that it’s key to not put too much pressure on the time you do get to spend together. Try and avoid doing crazy things, like planning a trip to the aquarium, a long stroll on the beach, a romantic photoshoot, dinner and a movie, dancing, the fair and star-gazing all in one day. Just relax and enjoy each other’s company, and the great moments will make themselves.

What are your tips for surviving an LDR? Tweet us! @sofeminineUK

15 Things That Happen After The First Year Of Your Relationship​

12 Relationship Thought Attacks We Need To Get Over STAT!

16 Reasons Why Fairytale Love Is The Best Kind Of Love