Extreme Plastic Surgery Made These Women Unrecognizable At The Airport

Chinese women who have undergone considerable amounts of plastic surgery have found themselves in tricky situations when trying to pass through airport security. Oh, what a tangled web we weave.

According to the Economist, Korea has the highest rate of plastic surgery in the world. It's no wonder; they're known for their top notch plastic surgeons. In fact, they're so darn good at it, it's valued as a "national asset."

Recent studies have found that out of 7.5 million South Korean visitors, a whopping 800,000 made the journey in order to have a medical procedure done. In comes a slew of Chinese women who made the trek to the land of beauty in search of extreme aesthetic enhancements.

While their surgeries were nothing short of success (peep exhibit A above), they did find themselves in a bit of hot water when trying to head back home. Because their appearance had been so significantly altered, they looked nothing like their passport picture (welp, guess they didn't think that one through). Naturally that caused airport security to stop them for questioning.

As a result, the Chinese women are now required to carry plastic surgery certificates that list the hospital that housed their procedure, duration of their stay, and their passport number in order to pass inspection.

That's probably as extreme as it gets! But anything for beauty, right? 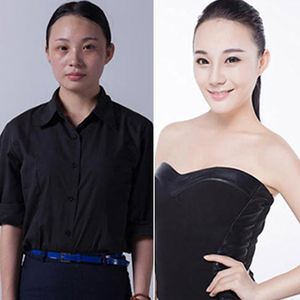 What To Do When Cosmetic Surgery Goes Wrong

99 No Effort Hairstyles To Do First Thing In The Morning

#TreatYoSelf Haul: Beauty, Fashion & Everything In Between