The Lemon Diet: How To Drop A Dress Size In 7 Days 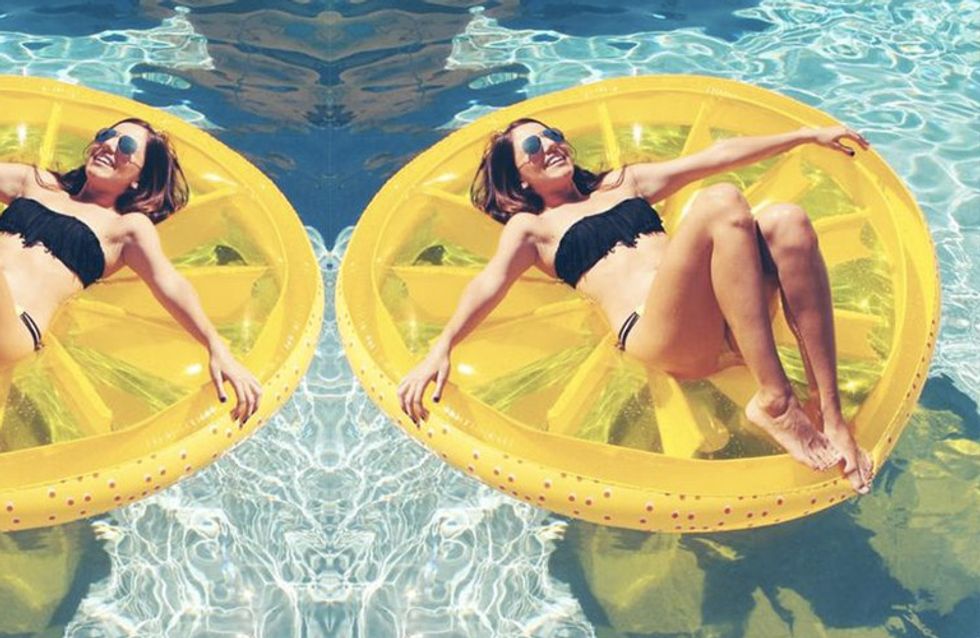 When life gives you lemons, you use them to invent a diet that means you drop dress sizes like your clothes are made of lead, right? We give you the imaginatively named Lemon Diet. We spoke to two expert nutritionists in the know, about just what exactly the lemon diet involves, and if it really makes you lose enough weight to drop a dress size in a week. (Spoiler: it totally does!)

Beyonce. Everyone wants to be her right? Let me say that again: Beyonce. That body, that booty. That legendary visual album, aptly named lemon-freaking-ade! Forget about the tree in the woods, one of life’s most unanswerable questions is “Lord, how do I get that top-notch, grade A beyonce bod?"

Well, friends there is a god. And he comes in the form of lemons. The lemon diet, to be more specific. Don't just SEE the Yonce, BE the Yonce. (Disclaimer: Beyoncifying your body is not guaranteed to give you a really tall, rich husband or the cutest little girl ever. But it MIGHT.)

Hold on - what's this got to do with Beyonce?

I'm glad you asked. ​Bey used the lemon diet to lose an assload of weight before she started filming Dreamgirls (rumour is the wig weighed ten pounds in itself, but you did NOT hear that from me). And hot damn, does she look smokin’ in that film.

​She also used it in 2012 to lose her Blue Ivy weight. The idea is to glug a strange concoction of lemon juice, maple syrup and cayenne pepper down your mouth hole for ten days straight in order to drop weight super quick. And don’t get us wrong, she's not alone in her lemon lovin'. Many other celebs have tried and loved the lemon diet including Heidi Klum and Naomi Campbell. We're sold.

How do I know if the lemon diet is for me?

There is a fairly big warning that comes with this diet, see: Elouise Bauskis, a technical nutritional therapist for NutriCentre.com tells us that not everyone should undertake such a strict and extreme fast for such an extended period of time: “Those who are young, pregnant, elderly, underweight, frail or those with an illness or health condition should definitely NOT do this type of cleanse.” You heard the woman. “Anyone on any type of medication from the doctor must check with their healthcare professional before even considering this, too.” She also noted that those with diabetes, blood sugar issues, blood pressure issues, or those who are relatively unhealthy or with a know toxic burden should also avoid this diet.

Furthermore, if you don’t like lemons, this diet isn’t for you. It’s very, very lemony. Even if you’re not drinking the lemon concoction, it’s likely you’ll be consuming something else made with lemons. You’ll be having so much damn lemon that the smell of lemon will seep out through your pores you’ll end up permanently smelling like those moist towelettes they give you on fancy Emirates flights ALL.THE.TIME. Just warning you, before it's too late.

Bottoms up, I guess!

​​The lemon diet is made up of the following ingredients:

This, Elouise says, helps to “alkalise” the body, which is cool because apparently most are too acidic in nature. It’s also good at suppressing an appetite. Lemon juice enhances digestive function, kickstarting the liver and optimising bile levels, which also helps with digestion.

“Maple syrup is considered medium on the glycaemic index, so will provide some easy-to-use carbohydrates that won’t be released super quickly, such as sugar,” says Elouise. Beside that it tastes delicious."

A pinch of cayenne pepper

This is essentially what ruins the taste of your lemon drink, but is needed because it’s a kick-ass anti-inflammatory and antioxidant. So when you’re choking on your weirdly peppery drink, remember that without the cayenne powder, your body wouldn’t be detoxifying half as well as it is right now.

But what do these ingredients mean?

Good question. This diet is kind of like channeling your inner Chuck Noland from Castaway, except even he’s luckier than you, because at least he gets to eat fish and smoky barbecued crabs. Elouise tells us the diet consists of “a strict regime of a daily morning salt water flush, 6-12 glasses of Master Cleanse lemonade mixture and a nightly laxative tea. People may also drink some peppermint tea throughout, as well as water. It lasts for up to 10 days for the best results, though some people continue beyond this time.” Laxative tea? Cancel all plans to be sociable anytime soon then!

Elouise says the sea salt water “flush” should be consumed first thing in the morning on an empty stomach whilst doing either a Single Ladies hand flourish or vigorous booty popping. (Ok honestly? Elouise only recommended the empty stomach thing. The booty pop was all our idea. You’re supposed to be Beyoncifying yourselves! Come on ladies! It’s like you ain’t even ready for this jelly!) The water rich with minerals will hydrate the body, nourish the cells and provide nutrients for detoxification.

A laxative tea does what it says on the tin. It’s gonna make you poop. Which is cool because what’s the point in doing a cleanse if you’re storing all those gross toxins inside your body? The toxins you’re trying to get rid of will just end up being reabsorbed, Elouise says, negating any positive effects you’re trying to achieve. Let it go ladies. Let it goooo. Although maybe save the tea until when you get home from work though, yeah?

Peppermint tea will literally be the only remotely tasty thing you’re allowed during your cleanse, although that’s not actually the reason for drinking it, believe it or not. It has other benefits. When used in conjunction with your laxative tea, it’ll have a calming, soothing effect to help prevent cramping.

Just FYI, Helen Ford, a Nutritionist at Glenville Nutrition Clinic, tells us that the lemon diet contains, like, zero protein, so it’s a good idea to eat protein in order to keep your blood sugar levels up, because these control your appetite and will promote a healthy amount of weight loss.

Does it actually work?

Life’s second most unanswerable question is “Lord, be real with me: does the lemon diet really work?” Helen tells us that - Hallelujah! - the results will be “quite dramatic quite quickly,” but also points out that the diet isn’t particularly sustainable - ultimate thumbs down. This means that, even if you can stomach drinking this sweet, spicy, citrusy concoction for seven days, as your friends chow down on ten-inch stuff-crust pizzas every night, without crying and breaking something, it’s not sustainable.

“When you break the diet down, the individual components are healthy but it’s not sustainable. Although the claims are not being hungry on the diet, because it is liquid only it simply can’t satisfy… as soon as the ‘normal’ diet is resumed the weight will go back on.” Well. That’s not what we wanted to hear. But, in order to end this on a high note, it is possible to Beyoncify yo’self even if it is only for a short amount of time. Just hold out for that Dream Girls party, my friend, and it will all be worth it. Go forth and Beyoncify.

Check out Beyonce through the years! 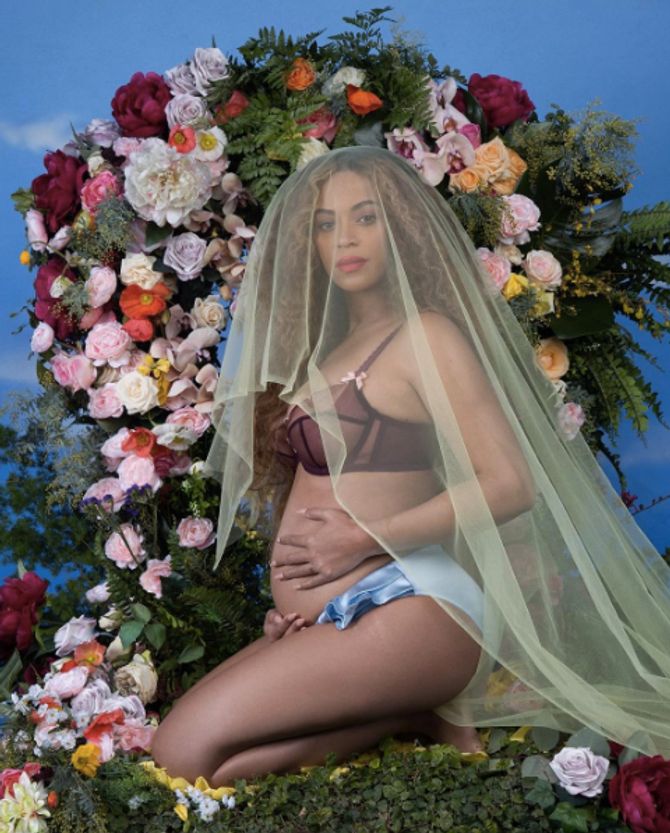 Have you had results from the lemon diet? Tweet us! @sofeminineUK​

8 Dieting Myths BUSTED: What NOT To Believe When Losing Weight​