Why the code for fashion in Paris is 66

by Elizabeth Kesses Published on 31 May 2011 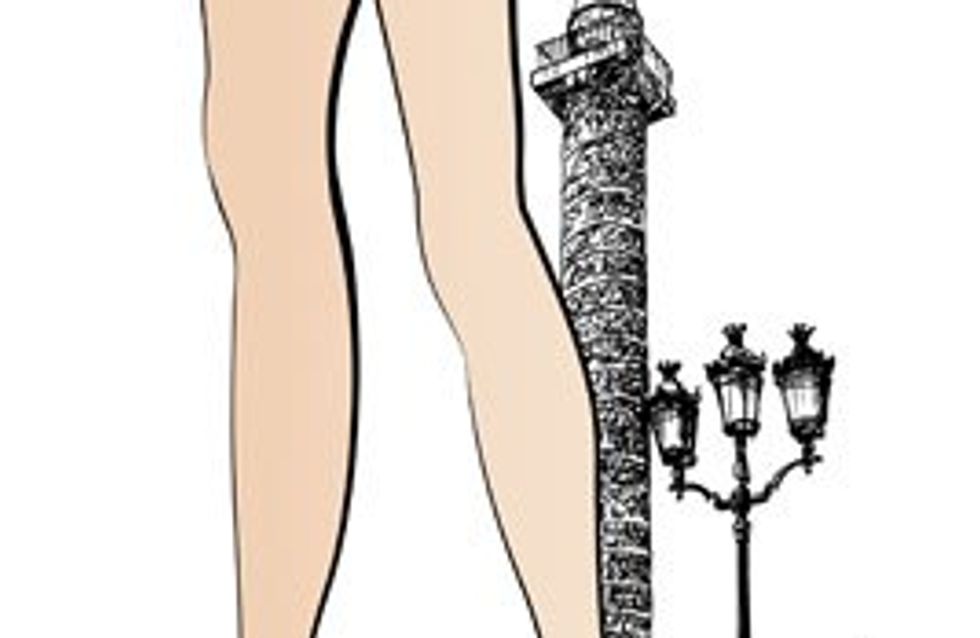 When I first arrived in Paris my expectations of haute couture were very high.

Why the code for fashion in Paris is 66

All fashion roads lead to the city that gave birth to Coco, Yves and Christians (plural).

No other fashion week in the world is treated with such reverence. Can you imagine London coming to a grinding halt for a week's worth of catwalks?

But as I embarked on my expedition around the style mecca - Faubourg St Honore, St Germain, Opera and even Le Marais, something seemed terribly wrong.

I kept searching and searching for something original and cool. We're not talking zany cool here but All Saints individual, Top Shop creative?

Ok so maybe I am slightly exaggerating. But lets put it this way, I saw far too many court shoes and twin sets for my liking. I started observing my fellow shoppers and they were equally traditional.

Identical blow drys - bobs sprayed down within an inch of their life - dark trousers (nothing above a muted brown tone), silky top and some form of unremarkable trench.

The sales assistants also had the same attitude - no smiling and banter, more of a snooty nod mixed with a grimace.

At one high end store (that will remain nameless) I asked an assistant for some advice on shoes. Anyone would have thought I'd asked him for the answer to global warming.

Then at another I returned a broken necklace and asked for it to be repaired. Not possible. I referenced Hermes who had been very helpful in mending something for me. "Oh no madame, we aren't as good quality as them". Hmmm not sure their head designer at this leading French createur would be happy with that.

Everybody had raved about the store Colette - a fusion concept store supposedly only selling the most cutting edge garb. I was sorely disappointed.

If all the other stores along the street were non-cool, Colette was painfully try-hard trendy. Overpriced accessories that no one will ever wear. Furs and leather skirts that are impossible to put on and extortionate in price. It was a museum not a store.
Hamleys for adults with some weird clothes thrown in.

On my travels certain places started to whet my clothes appetite. Zadig and Voltaire. The Kooples. Fab grungey tshirts and leggings. But I was missing that one-stop experience.

My beau took me to the Champs Elysees to try and change my mind. He had to be kidding! Gap, H&M?

We entered one of the many Galerie arcades - Galerie 66 - and I was literally blown away. A mecca of young designers or nouveaux createurs, all merchandised in a hip non conventional way. In fact its more than a store. It has its own music label and the layout is Philippe Starck-esque.

Shoes were our first stop. I drooled over Vivienne Westwood heels and bought some red ballerina shoes with pom poms. We then entered the clothes zone. And I felt home again. Brit pop was blaring. Tassle bags draped everywhere. Iconic graphics on tshirts. Sexy one piece short and crop tops.

This was just the beginning. I was like a crazed shopaholic. Clothes piled high - nothing was getting left behind. I found the most perfect multi-colour bag - in fake snake skin.

As for my beau it was makeover time. Out with the suit in with the smoking jacket. Groovy waistcoats, double layered t-shirts and suede slip on shoes. Thank goodness mens' shoe designers have started to offer something more interesting than the stock shiny lace up. I mean, would women wear them?

Best of all were the staff - a funky chick carried all our clothes around the shop as I ran around frothing at the mouth. As we paid the manager then paid us the greatest compliment. He actually admired our outfits.

I was wearing an unusual blue YSL sleeveless sky blue puffer jacket and my beau a pale grey knitted jacket from Venise.

I had all but given up shopping in Paris. Galerie 66 was a revelation.

If you're planning a shopping spree weekend - take a shortcut to Galerie 66. Then finish it off with an apero at the Costes cafe Madrigal next door and spare a thought for passer by shoppers clutching their bags of same same silk scarves and cashmire cardis.

Brit chick says: "Galeries 66 is towards the bottom of the Champs Elysees on the right as you face the Arc de Triomphe. It carries all sorts of young designers including funky Abraham Will then higher end Helmut Lang. For men there is Paul and Joe. Lots of great accessories too. Zadig and Voltaire and The Kooples are an urban chain - same downtown feel as 66.

by Elizabeth Kesses
For all the best videos, memes and shareable news!