by Lareese Craig Published on 4 September 2013 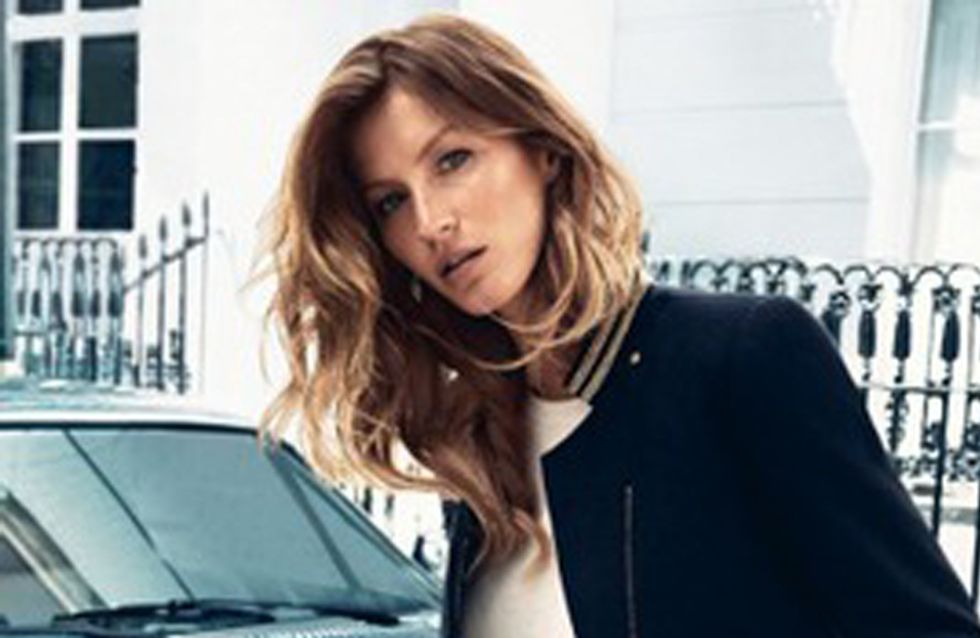 From one super hot global superstar to another... H&M has replaced Beyonce with Vogue cover star Gisele Bundchen for their all-singing all-dancing autumn campaign. This time round the high street giant's gone all X Factor on us but is Gisele as pitch-perfect as Beyonce or will she be begging to stay at boot camp?

Beyonce may have been the billboard bikini bod to beat this summer but now high street store H&M has replaced her with international supermodel Gisele Bundchen - and here's the twist - she's singing!

Of course, this isn't the first time gorgeous Gisele has teamed up with H&M. She appeared in their Spring 2011 campaign and also starred in an H&M swimwear campaign. 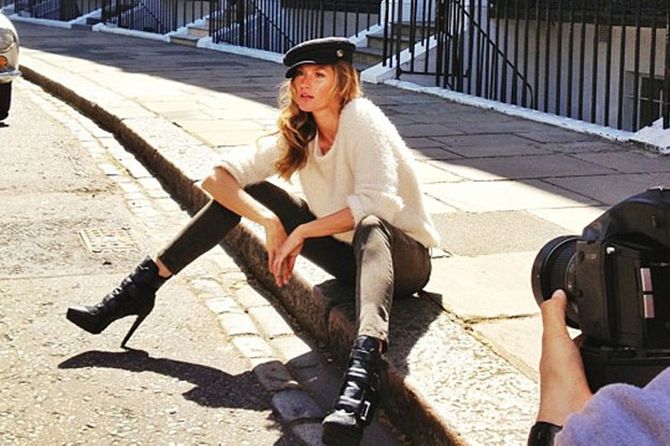 But now she's been spotted posing up a storm in London wrapping up in winter knits and nailing the curb-side pose.

Working the pavements with her modelling prowess, Gisele graced the sunny streets of Chelsea for the latest collection which is set to land in stores on 5th September (tomorrow is looking better already).

With her iconic freckles out in full force and her light ombre tresses cascading over her shoulders you can see why she's the highest paid supermodel six years running. Kerching.

If her second to none modelling techniques weren't already impressive enough, the girl can sing too. X Factor's got some stiff comp.

The campaign has teased us with a snippet of a behind the scenes video where Gisele sings The Kinks 'All Of The Day And All Of The Night'. The full song will be available on iTunes to download for free and that's not all - H&M has pledged to make a donation to UNICEF for every iTunes download! That's what you call a supermodel and high street collaboration with heart.

It seems models turning their hand to singing is the thing to do right now as only a few weeks ago we were hitting replay on the YouTube video of Cara Delevingne in the recording studio with her childhood BFF Will Heard.

And now Brazilian beauty Gisele Bundchen is warming up her vocals for her latest campaign with H&M. In the video teaser we see her holding onto her headphones and giggling away. She looks like she's loving life as a multi-talented model.

She says: "I'm so excited to be the face of H&M this autumn. I love the street style look, and that we can raise funds for a good cause. I hope everyone downloads my song!"

The campaign hits are screens on 12th September but in the meanwhile check out Gisele's husky tones in her rendition of 'All Day And All Of The Night' by The Kinks.

Think Gisele can live up to Beyonce's bikini bod? Tweet us @sofeminineuk