by Lareese Craig Published on 18 September 2013 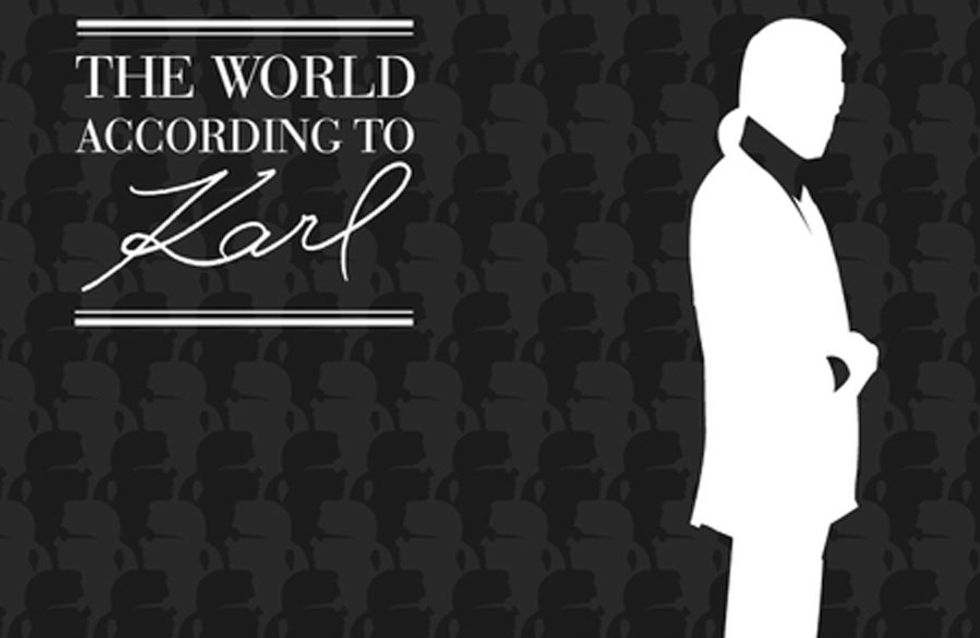 Here's a book that will kick Alexa Chung's hardback into touch. Karl Lagerfeld is set to release a new page-turner, bringing together his musings on everything from love and life to Chanel, fashion and his mum. We can't wait to hear what the modern master of fash has to say. We're convinced there'll be as many cut-throat quotes as there is couture chat. Oh-er.

If you're in need of some new reading material then OMG has Mr Lagerfeld got a treat for you. The Chanel mastermind is releasing a fashion novel you can't resist.

The outspoken fashion designer has channelled his sharp tongue into musings on fashion, women, politics, love and life. Suddenly the commute to work seems so much more bearable.

The World According to Karl is top of our reading list since it promises to be cultivated, unpredictable, provocative and sometimes shocking.

Packed full of humour, the collection of quotations - commonly referred to as his 'Karlisms' by the fashion pack - pays homage to his fashion highness.

Illustrated with specially commissioned snaps, this fresh fashion read is a must-have for men and women everywhere looking for a unique take on life on the frow.

Whether he's as mad as a March hare, crackers for couture or a genius in your eyes, Karl's wit-heavy read will certainly give you an insight into the world as he knows it.

So since Mr Lagerfeld's penned his pronouncements, we thought we'd celebrate some of the most outlandish quotes from fashion's sharpest pin.

On his post fashion show feelings: "I’m a kind of fashion nymphomaniac who never gets an orgasm."

His verdict on sweatpants: "Sweatpants are a sign of defeat. You lost control of your life so you bought some sweatpants."

On making an effort: "I think everyone should go to bed like they have a date at the door."

On royalty: "Kate Middleton has a nice silhouette. I like that kind of woman, I like romantic beauties. On the other hand, the sister struggles. I don't like the sister's face. She should only show her back."

On Adele: "The thing at the moment is Adele. She is a little too fat, but she has a beautiful face and a divine voice."

On his cat: "She is like a kept woman. She has a strong personality. She has lunch and dinner with me on the table, with her own food. She doesn’t touch my food. She doesn’t want to eat on the floor. She sleeps under a pillow and she even knows how to use an iPad."

After that lot, we HAVE to read this. Dust-off your Oxford classics and make room for a modern masterpiece...

The World According to Karl (Thames & Hudson) is available now priced at £18.95.