Madonna's Bullfighter Outfit, Kim Kardashian's Dressing Gown And Other Oddities From The Grammys 2015

Wow, Grammys 2015. Just wow. Discover all of the absurd looks of the evening, not to mention the Matador-inspired return of Madonna. What was she thinking?

The Grammy Awards 2015 took place in LA last night, and as always it was a crazy evening full of theatricality and spectacle, and that was before the show even started! We are, of course, talking about the best and most popular musicians in the world's frankly INSANE outfits.

So, as well as Madonna showing off her ass in her bullfighter get up, Rihanna arrived looking in a huge pink Barbie inspired gown, Nicki Minaj and Miley Cyrus apparently had a competition as to who could reveal as much skin as possible, and let's not even get into Pharrell's outfits from the evening. Check out all the looks in the pictures below! 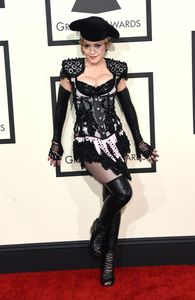 Once the show had actually started, it's fair to say it was really spectacular, from a wild Madonna surrounded by dancers with bull horns to the angelic performances from Katy Perry and Beyoncé.

Check Out The Best Moments From The Evening 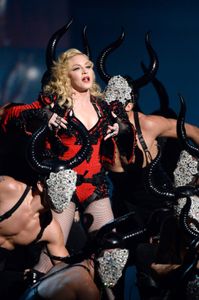 What was your favourite moment of the evening? Let us know what you think @sofeminineUK!