by Lareese Craig Published on 22 October 2013 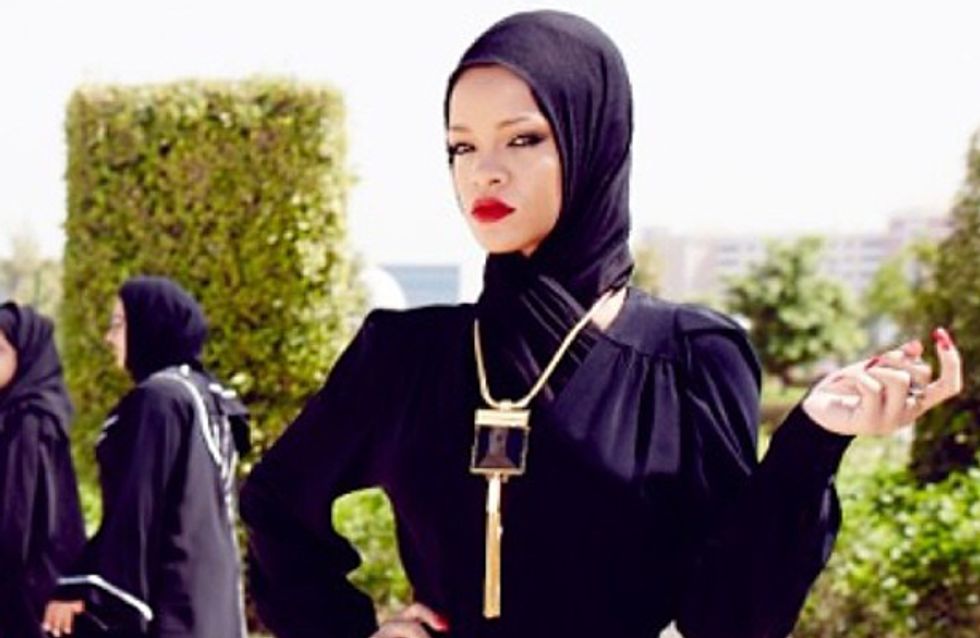 When Rihanna takes to Instagram it's usually to show off her barely-there outfits but this time, wait for it... she's covered up! Her latest travel snaps picture Rihanna wearing a hijab and posing in front of the Sheikh Zayed Grand Mosque in Abu Dhabi. But not everyone was happy about it...

Rihanna's been on one hell of an Instagramathon lately, posting pictures of her on-tour travels in South Africa where she stuck her tongue out at a giraffe, cuddled up to a lion cub and stood her ground next to a crouching cheetah.

Animals aside, she's also been busy taking part in an unauthorised photo shoot, tut tut Rihanna - any opportunity to get snapping, hey?

The Pour It Up singer posed in front of the Sheikh Zayed Grand Mosque in Abu Dhabi dressed in a head scarf and conservative black jumpsuit. We barely recognised her with clothes on!

Fully clothed and covering up her ever-changing hair, Rihanna was more bad girl gone good as she took a series of photos in the place of worship.

Despite complying to the dress code, Rihanna's playful poses and sexy red pout caused a bit of a backlash and she was asked to leave the site after taking pictures that do not conform with the conditions and regulation in place.

She allegedly turned up at the mosque without any previous co-ordination with the administration, a big no-no especially when you're draping yourself around the courtyard and posing seductively.

Some fans praised her for wearing a hijab whilst others criticised her for turning a religious garment into a fashion accessory.

Meanwhile on stage in Abu Dhabi RiRi has ditched her hot pants and bejewelled bras for a head-to-toe ensemble featuring a white desert cap.

What do you think of Rihanna cover-up wardrobe? Tweet us @sofeminineuk 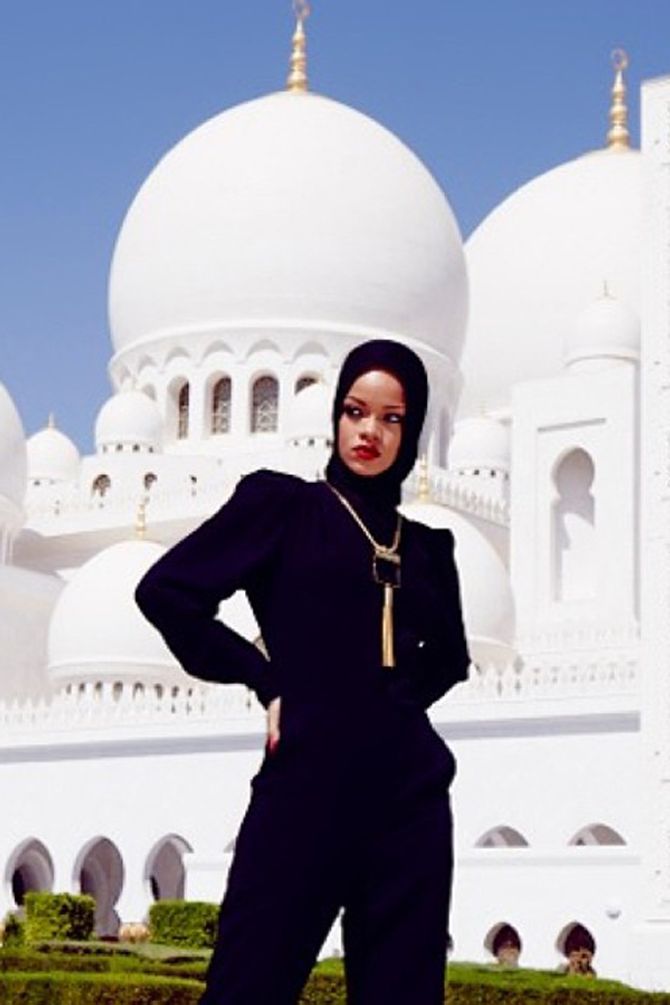