by Lareese Craig Published on 12 November 2013 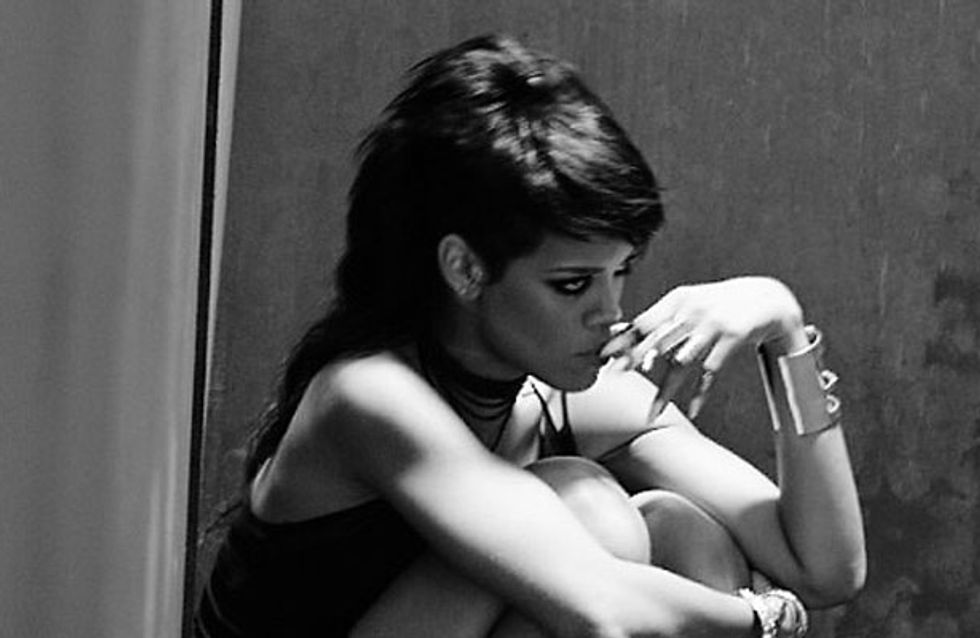 Rihanna's new video What Now comes out on Friday but just in case the three day countdown is too long a wait for all you Ri-Ri fanatics, we've got a few sneaky snaps to share. Looking all gothed out and eye linered-up she's clearly loving the vampy look right now and so are we. Crucifix and biker boots at the ready, it's round two...

Ah ha, so that's why Rihanna's Instagram was slowly filling up with glam goth pics - it's the theme for the latest video, What Now.

The six time Grammy winner has shared some sultry black and white snaps ahead of its release this Friday and let's just say she's making the most of that mullet.

She teased two black and white images on her Instagram to mark the countdown to her new release, which critics acclaim is the stand-out song from her Unapologetic album.

Featuring the lyrics "I found the one, he changed my life but was it me that changed and he just happened to come at the right time. I'm supposed to be in love but I'm numb again", it's easy to see who inspired this song!

She tweeted her 32.6 millions followers: "What Now video is coming out this Friday !!! Make sure you watch it 100 times a day!!!" Oh we will Rihanna, we will.

Wearing a cascading, asymmetric LBD, the 25-year-old singer is seen squatting on the floor in heeled biker boots. And she's still donning that choker and crucifix combo along with a wrist full of chunky bangles.

With her chin slightly down, she strikes a pensive pose - she sure knows how to convey some emotion does Ri-Ri. Smudged eyeliner and dramatic lashes definitely help matters, along with her black backdrop.

Well, if the pics are anything to go by it's slightly different from her Pour It Up video, that's for sure.

How excited are you for What Now's arrival? Tweet us @sofeminineuk