by Lareese Craig Published on 1 November 2013 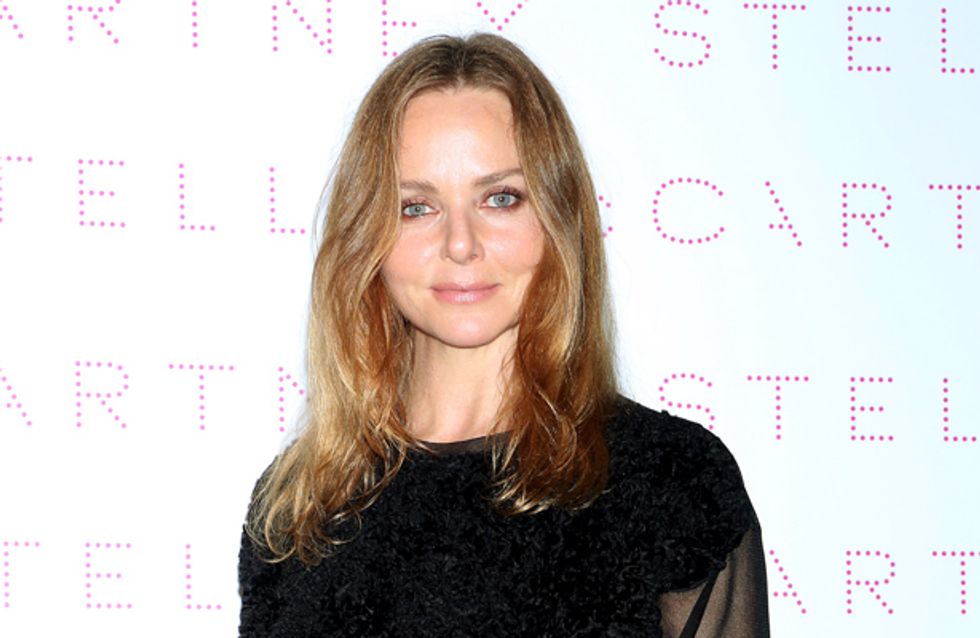 If it wasn't for the hefty designer price tag we'd all have wardrobes stuffed with Stella McCartney garb, agreed? Well, here's one Stella staple we can all afford. She's designed an exclusive bear T-shirt for Animals Asia to raise money for the charity and protect these magnificent bears from being tortured in bear bile farms. Aw, put your paws up for Miss McCartney!

It's pretty hard not to love Stella McCartney, she's designed free head scarves for cancer patients, made sure Olympic Team GB were fast and fashionable when she was appointed Creative Director by Adidas and now she's won our hearts all over again by doing her bit for the animals.

She's designed a one-off T-shirt for Animals Asia to help protect endangered moon bears from being tortured in bear bile farms in China.

The charity is devoted to ending the barbaric practice of bear bile farming and improving the welfare of animals in China and Vietnam.

More than 10,000 bears are kept on bile farms in China, and around 2,400 suffer the same fate in Vietnam. The bears are "milked" regularly for their bile, which is not only used in traditional medicine but also in many ordinary household products.

The Animals Asia team has been campaigning for moon bears since 1993 and has since rescued 400 bears, caring for them at its award-winning bear sanctuaries. So it's defo a worth while cause.

Featuring a rather cute chubby grizzler on the front and a wee red heart, these tees would make the perfect gift for Christmas.

Her collections always focus on sharp tailoring, natural confidence and sexy femininity and this exclusive Stella staple is no different.

The acclaimed designer says: "These creatures are to be cherished and held in our hearts as champions not degraded in this way.

"To rescue and care for bears in their hour of need is so critical for us all, to have pride as humans and do good where others have failed these magnificent creatures. We hope to raise awareness and money to save lives and dignity."

The great news is doing your bit for the bears costs less than £50. The T-Shirts are £43 and available from cafepress.co.uk

What do you think of Stella's bear tee? Tweet us @sofeminineuk