by Helen Turnbull Published on 3 February 2017 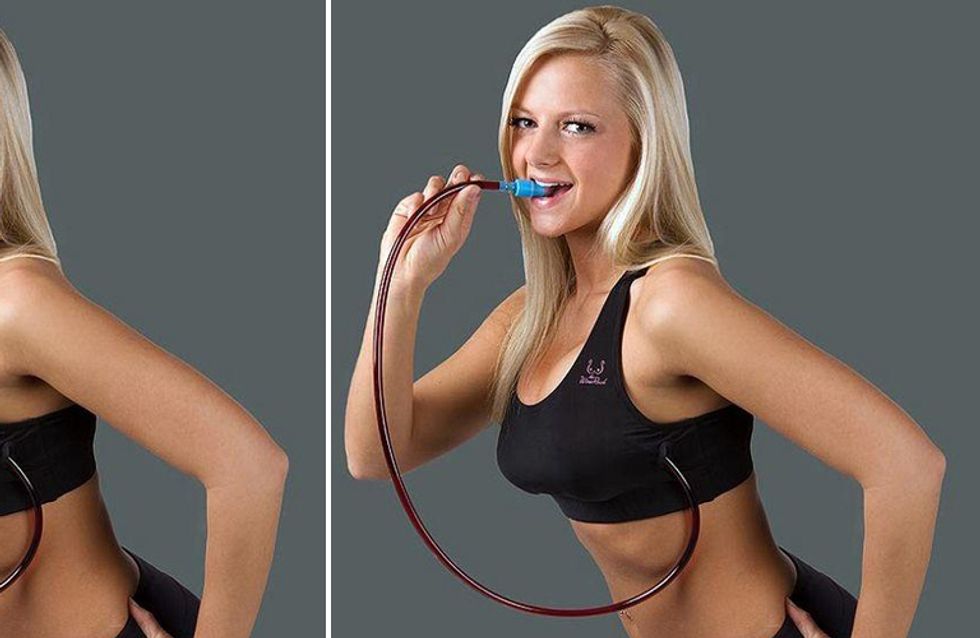 Low-key winos, rejoice! Pain-staking bar queues are about to become a thing of the past thanks to this boozy bra that not only holds a whole bottle of your favourite bolly but boosts your bust, too. Introducing The WineRack i.e. the essential item you never knew your underwear drawer needed, until now.

I know we're all but two months into 2017 but we may have just discovered the greatest thing to come out of the year. Enter: The WineRack - a boozy bra that'll make queuing and paying for overpriced drinks a thing of the past. Although Beyoncé's twins will almost certainly trump this liquid-holding lingerie, let's allow it its well-deserved five minutes of fame.

The WineRack is the essential item your underwear drawer has been missing all these years, elevating the humble bra to useful new heights. This booze-smuggling version comes complete with a hose which allows for hands-free drinking if you're that way inclined. Aside from the fact The WineRack holds a bottle of wine's worth of your favourite bolly, it'll also give your bust a surgical-like boost, making it the single best invention of 2017 so far. So confident are they with the item's boob-enhancing capabilities, its creators claim it's 'better than a boob job' and cheaper, too. Rest assured your boobs won't deflate even as you sip from your secret stash because can you imagine anything worse?

While it's probably not acceptable to swan into your local boozer sporting the booze-smuggling bra, it'll make festivals and such a lot more hassle-free and if that's not worth drinking to, I don't know what is.

Would dare to put your rack in a wine rack? Let us know your thoughts on this frankly genius product @soFeminineUK

This Wine-Dispensing Stocking is All You've Ever Wanted for Christmas

These Hilarious Bottle Labels Reveal Our True Relationship With Wine