by Vivian KELLY Published on 6 September 2014 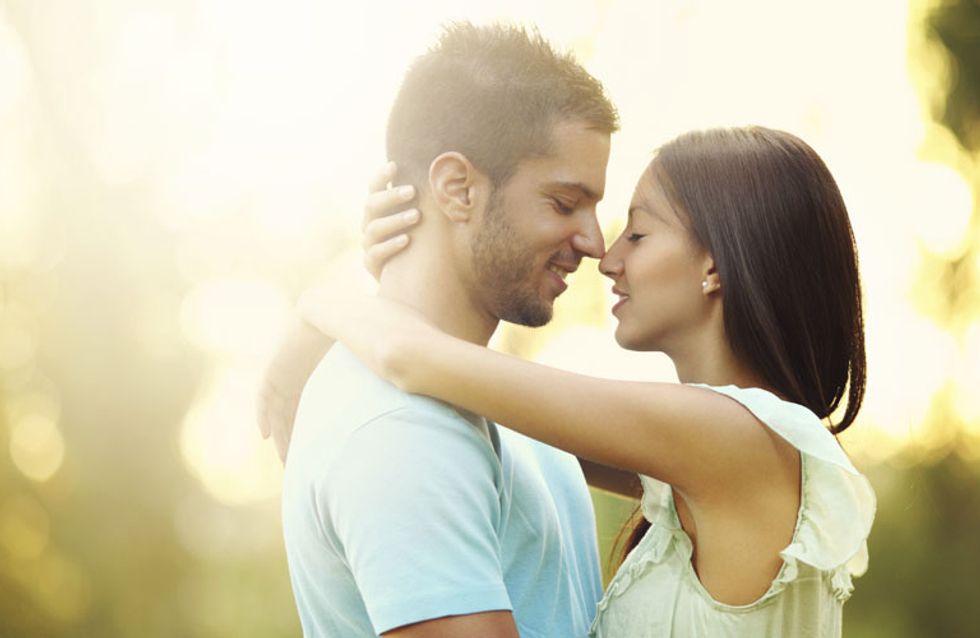 Want to be irresistible to women? Want to know the secrets of how to win her love and trust for the long haul? Well, there are a few things you fellas can do to instantly win our hearts, and by this we mean, instantly. Trust us, girls aren't as shallow as you think. Here are 19 man hacks you can do to score some major girl points. We promise, she won't be disappointed...

Want to win a woman's heart? Not a problem. Follow these simple man hacks and bag the woman of your dreams...

Buying a girl a bundle of flowers when it's not Valentine's, your anniversary or her birthday is far more special. Bring flowers on the first date or surprise us when we least expect it. There's no doubt, we'll be impressed. (Just don't forget those other dates we mentioned.)

'You look good' and 'I like your top' aren't the sort of compliment that's gonna make our hearts flutter. We don't want half arsed niceties, we want to hear things that are personalised and come from the heart. If you feel it, say it.

Getting the door slammed into your face is the last thing a girl wants. Please. Be gentlemanly and open the door.

4. Making effort with our friends...

...is HOT. It shows that he cares and is making the effort to get to know you. Showing initiative to get closer to your family and friends is a man worth getting to know, ya feel me?

5. Respect for older women and men

Showing respect to our elders is a way of showing he cares for humanity. We should all be willing to help those who have crossed the path before us. This man has morals. We like it.

Asking for our fashion advice is one of the biggest compliments you can give a woman. Admire it and we will admire you.

7. Talking about his love for animals

There's nothing more cute than seeing a guy turn into an excited five-year-old when he see's a little pup. (By the way, bonus points if you like cats.)

Who wants to date a grumpy old man who doesn't value the joy of children? Pointing out every 'adorable' baby and not being able to wait till next time he gets to play wrestle with his nephews means he's baby-friendly AND mature. Win on both counts.

9. He respects your mum

Asking how your mum is and making it a priority to impress her shows that this guy mean serious business. Even better if he compliments her! Now you've really made an impression. In love.

Boyfriends who put us on mute? Now that's just rude. A guy who shows enthusiasm when you're talking to him shows that he's actually interested, engaged and really cares about what you have to say. A man worth talking to.

A man who doesn't need to be told to take out the bins, help wash up and generally help is a prayer answered from god above. The best piece of advice you'll ever get? If a man is lazy he will ALWAYS be lazy. Showing us you're not gets rid of half the worry. Thank you.

12. He's an encyclopedia of knowledge

Telling us random facts about a painting you saw at a gallery or a monument you drove pass (whether he looked it up or not) shows that he's more than just good looks. He's intelligent and that is sexy.

Jeez, there's nothing worse than being with a man that doesn't know what he wants in life, right? If his eyes light up every time he talks about his dreams and aspirations THIS is what will inspires us. This is what will challenges us. His positive attitude and infectious ambition is sure to leave a mark.

Everyone needs a bit of validation. There's nothing better than hearing those words from someone that means so much to you. Recognising a woman's efforts and being VOCAL about it is the best thing a man can do. This is how to make a girl feel special. Speak up boys!

15. He takes his passion seriously

Doing his job and going to work everyday is like heroin to him. The elation he gets from doing what he loves is addictive and he can't get enough of it. We want that too.

Although life has it's moments there's NO reason a women should doubt her man's love for her. If he asks you these three questions on the regular he may just be a keeper.

​(And they say women are complicated.)

17. He has a protective nature

Ensuring we get home OK when he knows we have a long way back isn't too keen it's called 'giving a damn'.

We're so over the neanderthal type. A man who actually stands up for women's rights, who's disgusted with street harassment women face every day (just because she's wearing a skirt), who advocates equal pay and who doesn't think women owe men sh*t is a man who believes in social justice. YES a man who actually understands.

19. Calling his mum or sister

Seeing him ring his mum or sister shows that not only is he close with his family but he also might be a mama's boy and if anything, that's a good thing . Having positive female role models in his life means that he's more likely to be a gentlemen and that's what every woman really wants.

Commitment? Respect? 9 Things We Learned From The One That Got Away

22 Reasons Why Being A Girl Is The Best Thing Ever!