Reasons You Should NEVER Go Out In Central London

by Emmy Griffiths Published on 26 March 2015 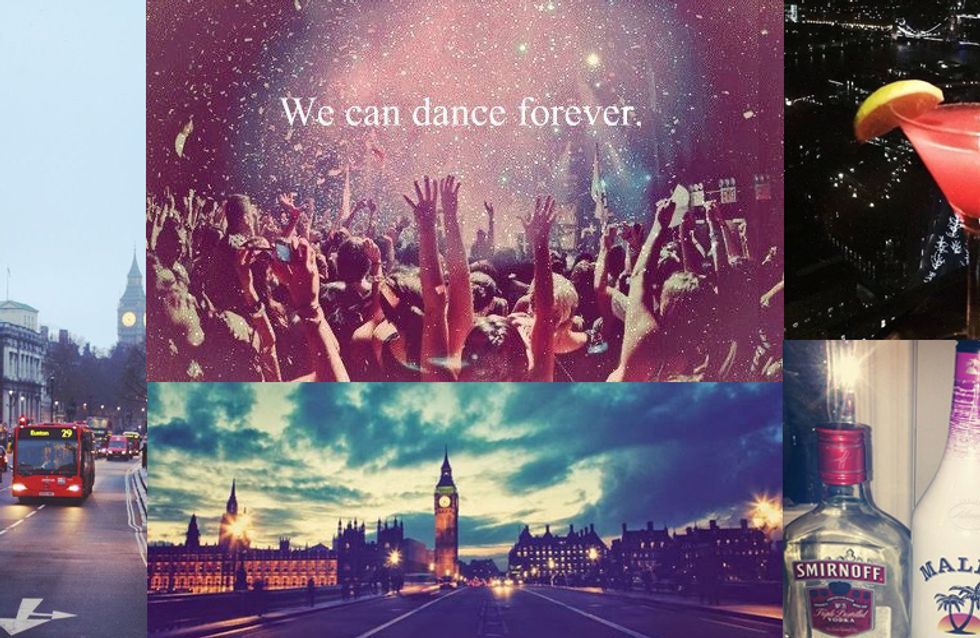 We love London so much, but this doesn't mean we should like it's nightlife. Central London tricks you into thinking it's cool before you realise far too late that it is NOT the place to be. Here's why a night out in Soho is a HUGE no-no.

Taking a photo of yourself in Leicester Square on a bender makes you a clueless tourist even if you’ve lived in London all of your life. Sorry I don’t make the rules.

If you want to go ahead and spend £200 on four unsatisfying drinks and club entry, go ahead and get down to Soho. Central London does not come cheap.

Wearing trainers? A t-shirt? The bouncers just don’t like the look of you? Sorry, you’ve got no chance.

Everyone who is out is a CHILD

There's a reason you feel like you're in a queue at Disneyland. Those 18-year-olds are as clueless as to where to go for a fun night out in London as you are, except THEY have an excuse!

Queuing outside with the rest of the clueless crowd who thought Central London might have been cool is beyond depressing, especially when you realise you could be in your favourite pub three drinks in by now and not shivering on the permanently damp, smelly streets of the Big Smoke.

You won’t be able to avoid the rich kids who arrive in Lamborghinis (that are parked RIGHT in the middle of the street, like seriously GTFO) and are immediately treated like illustrious beings in comparison to yourself. They couldn’t possibly wait in the queue – London’s grime might damage the bottom of their loubs.

Getting home is a nightmare

Do you want to be running through Piccadilly Circus at 3am with thousands of other bewildered drunks who can’t believe how much they spent tonight and are trying to find the right bus stop for their three-hour night bus? Nope, us neither.

SO many girls in fully sequined club gear with mani’s, pedi’s, a perfect blow dry, a fake tan and lips that HAVE to be manufactured. Since you’ve lived in London for a while now, you’re used to heading out in your jacket and flat shoes, and you’re not about to feel beleaguered by these future WAGs!

Getting through Soho without some guy (probably wearing a leather jacket) asking ‘where you girls are out tonight’ whilst holding flyers for half priced drinks (which will bring your first drink down to £12.50, just FYI) is quite literally IMPOSSIBLE.

Central London has a poor choice for late night food stops, and the ones that are in business are so busy you’ll be waiting an age for your grub to come through. We hope you’re ready to wait till 5am for that sweet, sweet pizza you crave!

This East London district is becoming increasingly more popular to party goers. From cool clubs like XOYO to laid back bars like the Hoxton Pony and a few standardly comfortable pubs if you just want a quick one, Shoreditch is everything we LOVE about London.

Clapham is like going out back in your University days. Full of young professionals, there is a down-to-earth vibe and makes for a laid back, inexpensive and fun night. Now bring on the jagerbombs!

If you love your music, Camden is the place to BE. From Koko's wide range of music genres from pop to trance music to the Jazz Cafe's chilled out vibe, there's a place for everyone.

Just have a house party already

No matter where you are, there's nothing quite as good as a successful house party with your mates. Why not hire out a place for the weekend at a top London destination and invite all your mates round (with the owner's permission of course!)

Where's your favourite place to go out in London? Tweet us @sofeminineUK!

Top TV: Why You Need To Be Watching HBO’s Girls Already