Time to get your #TeamPiggy or #TeamKermit t-shirts printed because Kermit and Miss Piggy have consciously uncoupled, making it official that nothing is sacred and love is a lie. Miss Piggy announced the news on her Facebook page, and we are honestly DONE.

They fought off pirates in Muppet Treasure Island. They took care of Tiny Tim in Muppet Christmas Carol. They saved the Muppet studios in The Muppet Movie. But despite their trials and tribulations, it looks like even Miss Piggy and Kermit could weather the turbulent storm that is life. Miss Piggy issued this statement on Facebook, breaking the hearts and ripping out the souls of millions:

After careful thought, thoughtful consideration and considerable squabbling, Kermit the Frog and moi have made the...

The great thing about Miss Piggy and Kermit was, despite the drama (brought on by the former), we thought the pair would always make it work! Naturally, we’re not the only ones devastated by the split…

First Gwen and Gavin split and now Kermit and Miss Piggy? Who's next? Your parents?! Anyway, kid, enjoy your first day of kindergarten.

FORGET ZAYN AND PERRIE, KERMIT THE FROG AND MISS PIGGY BROKE UP WTF MY HEART

I'm sad about this Kermit the Frog & Miss Piggy break-up. As far as Hollywood couples go, they were the ones I thought would last forever!!

At least we’ll always have the memories. Please play this before opening our album of happy memories… 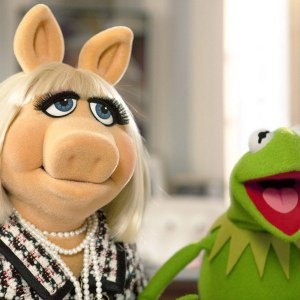 Do you want the pair to get back together? Tweet us @sofeminineUK!

Zayn Malik And Perrie Edward Have Officially Broken Up

15 Quotes About Love From Peep Show