by Alison Potter Published on 28 November 2012

It was clear that when the original Pussycat Dolls line-up parted ways, it wasn't on the best of terms.

Nicole Scherzinger has since carved out a career as a successful solo singer and X Factor judge, but the other girls have struggled to stay in the limelight.

Former Doll Ashley Roberts recently signed up for ITV1 reality show I’m A Celebrity and her up-beat, laid-back attitude has made her a surprise frontrunner on the show.

As the nation has fallen in love with Ashley and Nicole, one of their ex-bandmates has opened up about the circumstances surrounding the split.

Redhead Carmit Bachar has shockingly alleged that the group fell apart because of Nicole’s envy over Ashley’s conventional blonde and blue-eyed good looks. 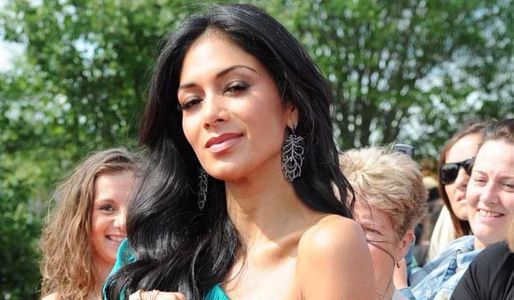 She told The Sun: “Nicole was jealous of Ashley. She felt threatened by her - like people would prefer her because of the way she looked.

“Ashley had that iconic American thing going on - blonde hair, blue eyes. It was the look Nicole seemed to want but could never have.

“No one could understand why Nicole was so jealous. She was an exotic beauty with a look that most girls would kill for.

“But she always had a thing about blonde girls. Ashley knew that Nicole was jealous of her and it made her feel uncomfortable. It was a hideous undertone in the group.”

Former Doll Carmit claims that the X Factor judge was so envious that it tore the group apart and despite the fact they became one of the best-selling girl groups of all time, jealousy and infighting became rampant.

Just three years after their first single Don’t Cha became a worldwide hit in 2005, the band started to implode and Carmit alleges that Nicole’s insecurity was a crucial factor behind the split.

The 38-year-old claims that as well as resenting Ashley’s all-American looks, the Hawaiian-born singer held a grudge against bandmate Melody because Formula One ace Lewis Hamilton was first attracted to her before he set his sights on Nicole.

Carmit said: “I left the group right before Nicole got with Lewis. We ran into Lewis lots of times - in clubs in Amsterdam and here and there - and the chemistry I saw was between him and Melody, not him and Nicole. Melody and Lewis were popping off!

“I remember someone telling me about Lewis and Nicole and I was like, ‘What?’ He was interested in Melody first. It was all Melody!”

Carmit recalls how Nicole then started separating herself from the group, which was the beginning of the end for the chart-topping beauties.

She explained: “I think Nicole got it into her head that she was the real star and would be better off on her own.

“She started travelling in her own tour bus and the divide between her and the rest us just got bigger. Nicole chose to isolate and alienate herself. There was constant bickering.

“Ashley was always the sensitive one back then. She would often call me late at night crying her eyes out. I know Nicole’s attitude got to her.

“Nicole basically wanted to be front and centre all the time. We were expected to work our a***s off to boost Nicole and her own career. The situation became unbearable.”