by the editorial team Published on 20 August 2009 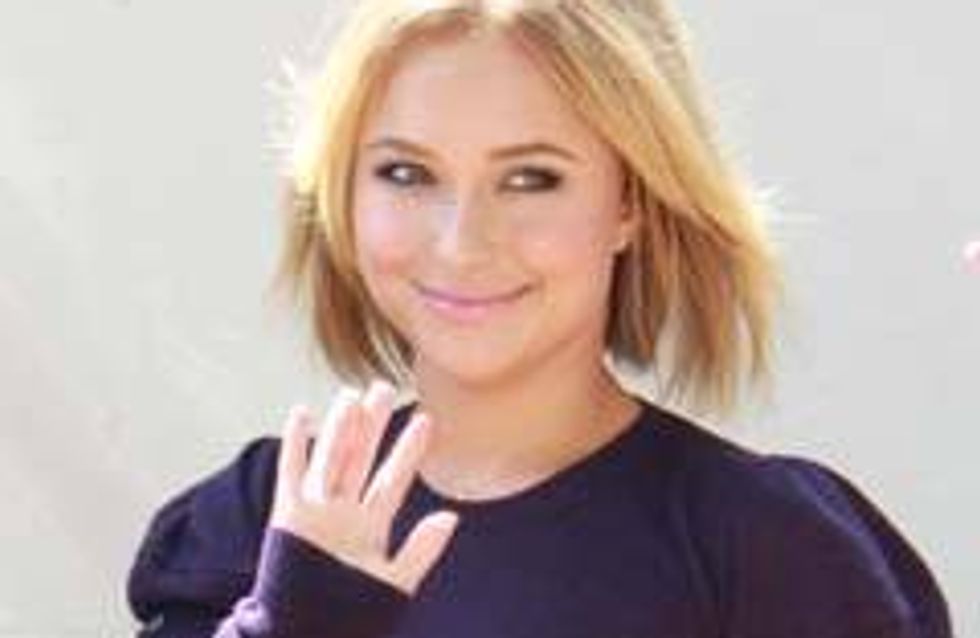 Hayden Panettiere has confessed her roommate often sees her naked, because she loves to wander round her house in the nude.

Hayden Panettiere gets "buck-naked" with her best friend.
The actress - who has previously dated her 'Heroes' co-star Milo Ventimiglia and British TV presenter Steve Jones - wanders around her home in the nude and is often caught by her roommate.
She said: "The last person to see me naked was my stylist. But it's usually my roommate, who is my best friend - she sees me buck-naked all the time. She walks in and I'm like, 'Look, I'm naked! Naked girl!'
"I've had so many embarrassing moments. You name it, I've done it. I'm always falling on my face!"
Although she is content with her body, Hayden admits she can be jealous of other people and it is one of her worst features.
The 19-year-old beauty explained: "I hate it whenever I feel envy or jealous in any respect. It's such a terrible feeling, and such a silly thing to feel."
The teenage starlet - who is currently believed to be single - recently admitted she is most attracted to confident men who can cope with her celebrity status.
She explained: "I like guys who are confident but not cocky. There is a type of confidence that you know isn't fake or put on because that person is secure in themselves. I find that very attractive and sexy.
"It's important that someone can handle the type of life I lead too, which is all about cameras and people making stories up about you. That can make people feel both angry and insecure, which can ruin a relationship."