What I Learned Watching Game of Thrones Season 5 Episode 8: Hardhome

by Emmy Griffiths Published on 1 June 2015 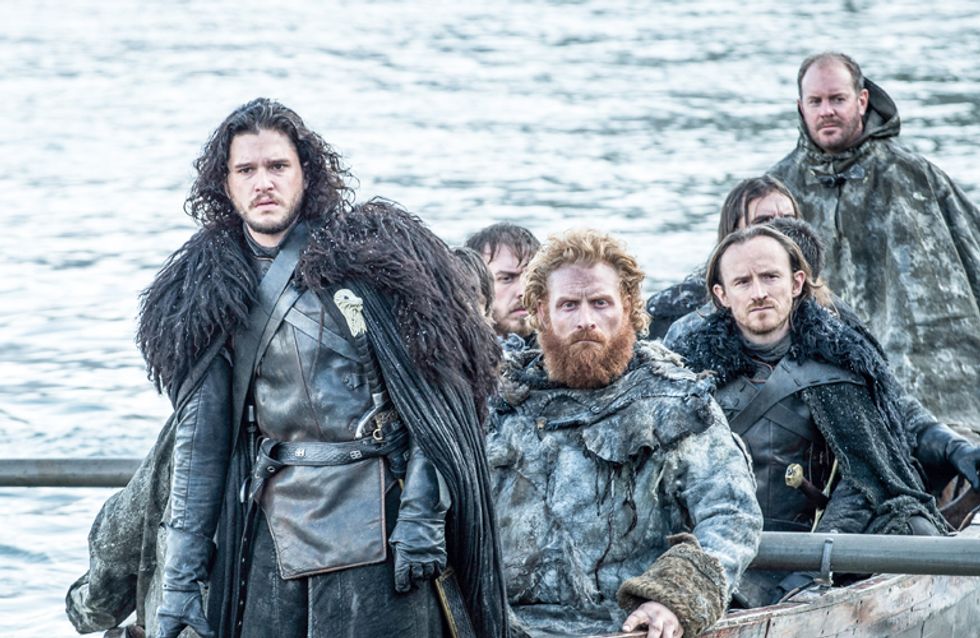 Game of Thrones just aired one of it's best episodes ever and I am so thrilled by everything I just witnessed so I’m just going to let my fangirl flag fly because WHAT AN EPISODE AMIRITE OMG DYING. My concerns that this season was all build up and no pay off are GONE, because ‘Hardhome’ just rivalled the season two's Blackwater in terms of entertainment. So let’s sharpen our dragon glass and discuss episode 8, shall we?!

If you have ever read any of my previous reviews, you'll know I have a special place in my heart for Jorah, adorable yet bereft little bear cub that he is. So it broke my heart that on returning to his one true Queen (and the love of his life), Ser Jorah is banished once again at the suggestion of Tyrion. It’s a fair move from our favourite half-man, and we’re just glad he didn’t advise Dany to chop off the Knight’s head.

That being said, I still want to curl up in a ball and cry over what this show has done to JBear. This is a different type of tearing down of a favourite character. Death would have been less cruel that this!

This guy is living a series of unfortunate events and seeing his devotion rejected after EVERYTHING he’s been through was truly upsetting to watch, especially when you factor in that he is dying anyway. Just no.

Cersei has always gotten what she wants through her words and the power that falls behind them. She inspires no love, but that’s okay because she has an army, a untouchable family and gold. So. Much. Gold.

So it is just unfathomably satisfying that she has finally been imprisoned for the crimes she is very much guilty of, and by people who want none of her wealth or power. Her threats have gone from shaping the Seven Kingdoms to being utterly worthless, and it is brilliant.

Yeah, you lap that water off the floor Cersei.

Arya has had a makeover and looks omg so cute! It seems like her first call of port as an assassin is to sell ‘OYSTERS CLAMS AND COCKLES!’ while spying on a dodgy gambling man who I think Jaqan Hagaar wants her to kill. As much as I love her, IMO Arya’s storyline hasn’t been a high point of season 5 and I can only assume her training will lead to something great, it’s just not quite here yet. So let’s leave her peddling seafood for now.

Maester Qyburn visits Cersei to tell her she’s being done for fornication, treason, incest (etc etc), that Tommen is totally out of action after his wife and mother were imprisoned, and that “the work continues.” Now, THAT last line is exciting. Is a Frankenstein monster version of The Mountain going to wreck revenge for Cersei?

Sansa reminds us she’s a BAMF

Sansa is gone through some terrible times in the last couple of episodes, generating plenty of unhappiness among fans who felt her character development was ripped away to leave her as a typical damsel in distress. However, as I said in my review last week, I don’t think her character has been diminished but rather her situation is beyond her control.

But for anyone who needed a reminder that Sansa wasn’t still that girl held captive in King’s Landing, it was this conversation with Theon. I love that she forced him to admit he didn’t kill Bran and Rickon. I loved her expression when she realised she may not have lost her entire family. But will Theon admit to Ramsay that he told her? What will the repercussions be?

Roose is too smart for our liking

You can hold Winterfell with next to no men. Stannis has a freezing army. Ramsay is going after them unawares with just twenty men. We have a feeling that Stannis the Mannis is in serious trouble. Should have wintered at Winterfell Stannis.

Tyrion and Daenerys conversation is the reason I am here

This was a scene we had been waiting for literally YEARS. Two fan favourites were finally together and it’s clear that they liked and were curious about each other. If what I think is going to happen will happen, this means that Dany will try to take the Iron Throne with Tyrion as the Hand of the Queen. Is this real life? Is this just fantasy? There’s too many great quotes to mention, though this was a personal favourite:

“He may be the only person in the world I trust. Except my brother.”
“The brother who killed my father?”
“That’s the one!”

Why am I worried about Olly?

I don’t like that kid. He doesn’t understand why Jon is going to save the Wildlings, and he’s not listening to any reason on the subject. I’m more than a little concerned about his angst-riddled attitude.

Come on Jon, show a little common sense when consorting with Wildlings who hate your guts

Jon has just wandered into enemy territory and told them all that he killed their leader with an arrow to the heart. If Tormund wasn’t there to throw in a bit of context, he would have been Thenn breakfast. The pair finally manage to convince the Free Folk (for the most part) that they need to go South though, and they hardly had to kill anyone before this happened...

For the first time we were treated with a stunning insight into WTF the White Walkers have been doing since we first saw them in season one (building a f*** off MASSIVE ARMY), and for the first time it has dawned on us how nothing south of the Wall matters if these ice zombies can’t be stopped which they basically can't because OMG did you just see what happened.

They swept over those 2000 wildlings in seconds as the Wildlings and the Night's Watch tried desperately to fight back and then escape just in time. The whole sequence was so and intense stunning it rivalled season two’s episode Blackwater and season four’s Battle of Castle Black, and the best part? We did NOT. SEE. IT. COMING. 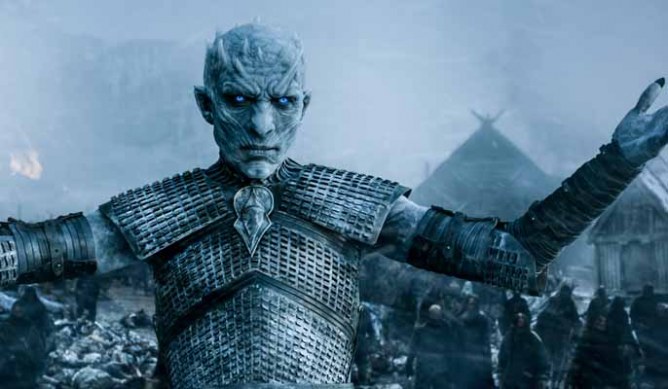 Some questions and thoughts…

“I raised him up from nothing.” Yes, yes you did Cersei, you utter moron.

How did Jon’s blade not smash to pieces? Is Jon magical? Is Jon’s Valyrian steel sword magical? (Probably the sword)

How relieved were you that Jon’s friend Edd didn’t die? After Pyp and Grenn I really didn’t want that one to die as well!

Do you think that was the Night’s Watch ONLY supply of the rather essential dragon glass?

Was anyone else hyperventilating when Jon was fighting one on one with that White Walker? I should have known Jon will be fine since he’s a hero but dammit you CAN’T TRUST THIS SHOW SEE NED, ROBB AND CATELYN STARK.

Sorry but how terrifying was the Witch King in the end? *Shudders*

After watching that, do you think that Bran is the most important character on the show to stop the walkers?

Tiny, mostly frightened LOL at the awkward eye contact between Jon and that White Walker when their swords clash. Jon was all ¯_(ツ)_/¯

Geek out with Emmy Griffiths about Game of Thrones on Twitter @emmyfg!