10 Things All Coeliac Sufferers Know To Be True 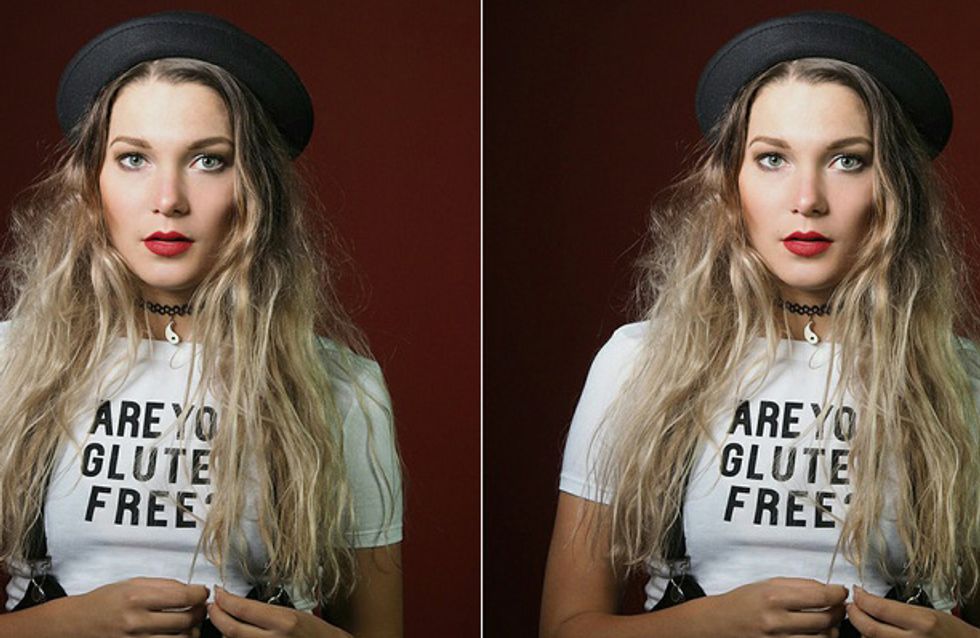 A gluten-free diet is no easy feat but if it stops you eating all the complimentary breadsticks and nearly pooping yourself mid-meal, it can be classed as a successful one. Coeliac disease may be considered one of the most hipster affliction but as all coeliac sufferers know, hell hath no fury like a scorned stomach. Here's all the things only coeliac sufferers know to be true.

1. There's a difference between being coeliac and gluten intolerant

Yeah, as if it wasn't confusing enough, there is actually a huge difference. Gluten intolerance is just that - an intolerance. But coeliac disease in an autoimmune illness that, if gluten is ingested, can cause damage to the lining of the gut, so our body can't absorb nutrients from food. So just because something is gluten free, doesn't necessarily mean it's suitable for coeliacs (oh hey, Dominos!) which is an extra kick in the crotch. *winces*

2. You're there for every G-Free restaurant that opens

You're there, with your comically large scissors, ready to cut that big red ribbon. As someone who has a pretty hard time eating anywhere, having to look on with sadness as all your friends tuck into pizza and burgers and pasta while you have to settle for the house salad, again, gluten free eateries become your Mecca.

3. You're aware that when ordering in restaurants you sound like a fussy biatch

"Can I have the salad but with the dressing on the side, and what exactly does the beer have in it? Do you have any gluten free beers? And the gluten free bread basket, is that suitable for coeliacs? Could you check? And the soy dip, is that gluten free?" Yeah, congratulations you're basically a waiter's worse nightmare. But, unfortunately it's a necessary precaution, so you end up rattling of demands like Meg Ryan in When Harry Met Sally and hoping that the nice 19-year-old server doesn't spit in your G-free soup.

4. Even when you try and sneak some gluten into your meal, everyone knows

There's just no way that you can get away with eating bread and no one noticing. Within ten minutes it looks like you're smuggling an over-inflated balloon under your top that's so filled with gas that even one accidental nudge could immediately deflate that balloon with such force you'll go whizzing round the room in a cartoon fashion. Either that, or you are going to poop yourself. And there will be no sympathy from your mates, they'll just look at you with disapproval, rolling their eyes and saying, "you've eaten the bread again, haven't you." It's just unfortunate either way, and it's better if you just steer clear.

5. Once you find a gluten-free product you actually like, you never let it go

Like your boyfriend or your child, when you find that thing you love, just hold it tight and never let it go. It might be gluten-free flapjacks, or something as simple as soy sauce - joy comes in all shapes and sizes. But, like true love, you'll know it once you see it.

I mean Christ, a coeliac diet is not for those low on funds is it? It just seems like, seeing as my meal has less in it, being sans gluten and all, that it should be cheaper, not £5 more expensive? Because believe me, if we could eat a regular pizza, we would. We'd be eating that fluffy delicious base all day, erry day. You should be able to carry a card that says "Don't worry bro, I'm a coeliac!", so that when you get the bill in a restaurant and it's ridiculously overpriced on account of the whole gluten free thing, you can just flash it at the waiter and he takes that extra dollar off the bill. Because it's not a vanity thing, is it? You know what is gluten free? Air. And that's pretty much all we'll be able to afford soon. We can barely afford to live our coeliac-inflicted lives right now!

7. No one believes you when you say you're gluten free

Being gluten intolerant and a coeliac is quite often considered the most hipster of inflictions and therefore rarely taken with the seriousness that it should be. People don't understand that eating bread could give you the worst diarrhoea of all time, make you so tired from malnourishment that you're groggy and lethargic from the moment you wake up to the moment you go to sleep, and the fluid build-up is making your hands and feet swell. It's not just a case of having the fanciest, most expensive gluten free bread because they use the word 'artisan' before it, it's kind of a necessity.

8. The sadness when you look at everyone else's food

There's nothing worse than looking at someone's huge, gluten-filled pizza base flowing over the sides of their humongous plate and looking down at your gluten free one, seeing that it looks like a pancake that's been stuck to the ceiling for the past week. Or seeing everyone feast greedily on mounds of spaghetti carbonara, swirling it gracefully round their forks and sucking it into their mouth. It looks like great fun, but instead you're left trying to cut up big chunks of G-free spaghetti with a steak knife, unable to get it to successfully curl round your fork, and instead just scooping it up and getting it to your mouth as soon as possible before it falls back onto your plate in a big, sticky heap. So yeah, you could say that jealousy comes into play on dinner dates.

9. You realise there's gluten in EVERYTHING

10. You feel the need to explain your affliction to everyone

After you've listed off all your demands with your dinner, whether you're at a restaurant or just round your mate's house, you feel the need to say "sorry, I'm just a coeliac!" It's like your catchphrase - it's basically the tagline to your life. But you don't owe no one an explanation sister - G-free and proud!

Do you have any other gripes about being a coeliac sufferer? Let us know! @sofeminineUK

13 Things All Peanut Butter Fans Know To Be True