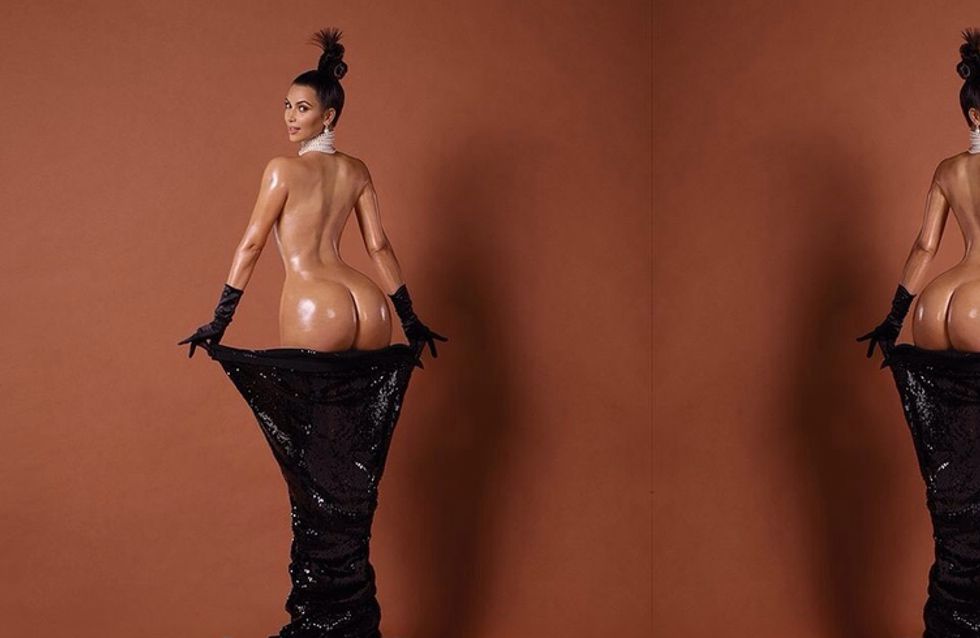 Bum. Butt. Arse. Badonkadonk. Whatever you like to call your behind there’s no way you can stop it being funny. Besides it being the butt of every joke (sorry), your bum also has some pretty important uses. Did you know that butts are now more popular than boobs? Yup, we’re a very ass-centric generation. So what else are our arses good for, apart from pooping and 'belfies'? Well, you’d be surprised...

1. It’s perfectly natural for women to have a fat ass

Women have always been ready for this jelly. That’s because we were born with the ability to have a fabulously peachy behind, and ability that doesn’t come naturally to guys. *grins with glee* See, research shows that women’s behinds are normally bigger than men’s because our oestrogen levels cause fat to accumulate on our bums instead of our stomachs, which is a pretty sweet deal, if you ask us.

2. Your ass is super absorptive

Gross but true. Your butt is so good at absorbing stuff that if you ever decide to drink alcohol with your bum instead of your mouth - also known rather charmingly as "butt chugging" - it's actually pretty dangerous. Your booze needs to be filtered through your liver and kidneys first because, unlike your organs forcing you to be sick through your mouth, your butt doesn't have the ability to tell you when you've had too much to drink. Which means it's entirely possible to die from "butt chugging". And no one wants their parents to see that on the death certificate.

We're thinking less "YO LOOK AT THAT ASS!" and more "your derriere is looking rather peachy this eve". According to a survey by Men's Health and Women's Health, of all the places you could flatter, bums were chosen by around one third of those surveyed as their favourite body part to be complimented on, coming above both eyes and boobs. So lads, eyes down here please. Waaay down here.

4. Your ass is oh-so powerful

Your bottom makes up your body's most powerful muscle group, which includes the gluteus maximus, gluteus medius, and gluteus minimus. Although these sound like the names of three hot powerful Gods that are also brothers, these are actually the names of your bum muscles. These muscles are responsible for all your locomotion: standing still, walking, climbing stairs - everything. And the stronger your bum gets, the faster you can run, so get squatting ladies.

5. On Average, 10% of the people getting butt implants are men

Although it's still mostly women asking for more junk in their trunk, men are starting to ask for an arse too. New York surgeon Dr. Douglas Steinbrech tells VH1 that men will go to his surgery asking for the Tom Brady look: "Guys want a more athletic look... the legs and butt, even if they work really hard, they can be very tough-starter areas... I save all the fat and the fat goes in the glutes to look like an NFL quarterback." See, they can be insecure too!

6. The kind of objects people choose to stuff into their anus is just plain weird

Seriously, if you can think of it, it's probably been up someone's arse. Sunglasses, guns, keys - because after you've checked the back of the sofa and the fridge, you should probably check your bum.

Whilst we have Wikipedia, radiographers have Radiopadeia. The site was founded by Dr. Frank Gaillard in 2005 ​and is meant to be an educational resource for radiographers to share knowledge and tutorials on the more extreme cases they've dealt with. It's discussed in a clinical and professional manner, but for those who are curious and weird enough (guilty!), it's a great place to find amusing x-rays of people who have shoved a whole plethora of items up their butts.

7. A big booty makes for a smarter woman

According to a study in 2008 by the University of Pittsburgh and the University of California, a study 16,000 women showed that ladies with butts of the big variety were smarter than those with smaller ones. The women were asked to complete cognitive tests and it was discovered that women with bigger booties were outsmarting the smaller behinds. Researchers concluded that this was because women usually carry omega-3 fatty acids in their hips and butts, and these essential acids are responsible for promoting brain growth. So big butt = big brains.

8. You can get melanoma on the skin of your bum even if it's never been exposed to the sun

​Which SUCKS. Cancer can develop on places like your buttocks and scalp even though both of these places rarely see the sun, and are the two places cancer is missed the most. So, when giving yourself a once-over, make sure you also check your inner cheeks (of the butt variety), and make a note of any moles, blemishes and freckles that have appeared or changed.

9. If you have hemorrhoids, make sure you get them checked by a doctor

We don't wanna scare you, but the symptoms for hemorrhoids are fairly similar to those associated with colon cancer. These include itching around the anus, blood in your poop (it can be it a little or a lot), and a bump around the anus that's noticeable when you wipe. It's unlikely to be cancer, but better to be safe than sorry, right? Yeah it's kind of embarrassing to get your butt checked out by a doctor because it's itchy and bleeding. But having some doctor touching your intimates is worth it if it means you locate something that could potentially be serious quickly enough to do something pragmatic about it.

10. "Pygophilia" is the scientific term for sexual arousal caused by the buttocks

That's right, there's so many people who have a particular sexual attraction to your arse that they have a fancy name! So if you're ever caught staring at someone's butt for a long period of time, you just need to hand them a little card that says "I'm sorry, I'm a pygophiliac" and you are instantly forgiven.

Do you have any other interesting butt facts? Let us know! @sofeminineUK

​​​Ten Legitimately Weird Things You Should Probably Know About Your Vagina

Toning Your Bum: Ultimate Ways To Firm Up That Butt