10 Legitimately Weird Things You Should Probably Know About Your Vagina

by Pascale Day Published on 19 September 2015 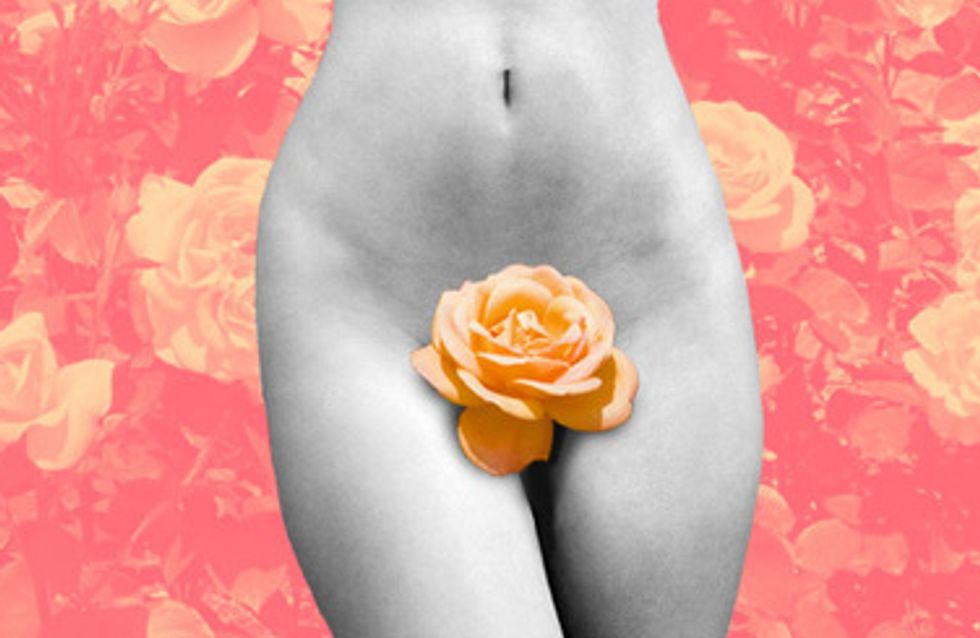 You probably already know that your vagina is an amazing thing. It brings pleasure, periods, and can even bring another tiny human into the world. That’s crazy, right? Crazy it may be, but these are well known titbits of trivia. What about the weird stuff? Because when it comes to that warm, dark space between your pins, there’s always something new you can learn. We speak to The Eve Appeal, who helped to give us the lowdown on the female anatomy.

1. It’s impossible to lose anything in your vagina

And thank God, right?! Think of your vagina like a sock. Not only is a sock also something that men put their penis in, but that’s the actual shape of your vagina. Like a sock! It has an opening and a closed bit that keeps everything from getting lost forever. Before puberty the uterus is about 3.5 centimetres in length, with an average thickness of around 1cm. After puberty it will change to around 7.6 centimetres, with a thickness of 3cm. What all this means is that no matter the length and thickness of your nethers, your uterus will always be too small for anything to go through it, unless you’re giving birth obvs.

2. What do vaginas and sharks have in common?

Not teeth, luckily. They both contain squalene, which is a substance that exists in the liver of a shark, and also in the vagina, as a natural lubricant. Romantic huh? Never have I felt so in touch with nature…

3. About 30 percent of women don’t have orgasms from intercourse alone

As most women know already, the clitoris is where the party’s at. This is because the clitoris has an insane amount of nerve endings - around 8,000 in fact. Men, on the other hand, have only 4,000 nerve endings in the penis - bad luck, lads! But whilst this is all great, very few women actually orgasm through intercourse alone - a report by the Kinsey Institute shows that around 20 to 30 percent of women haven’t experience orgasms this way. But speak to any of your girlfriends and listen to sex experts and you’ll realise that intercourse orgasms are much rarer than that. They're basically an urban myth. Most women who do orgasm during sex have managed to work out where their sweet spot is by clever positioning. We salute you, ladies - keep thrusting those hips.

4. There are five types of gynae-cancers

These are womb, ovarian, cervical, vulval and vaginal. Most of these cancers can be detected through abnormal bleeding - whether it’s between periods, in your menopause, or after sex. But also take note of other abnormal changes such as bloating, a change in bowel or urinary habits, pelvic pain, or a change in the colour of ‘intimate’ skin (such as colour or texture). If you recognise any of these symptoms, get yourself down to the doctor’s surgery. Check out The Eve Appeal for more info.

5. Your vagina is the last thing to develop

As we women grow in the womb, our brains develop first (which explains a lot), whilst our vaginas are one of the last things to develop. The Eve appeal also drop the bombshell that we actually all start life as women, which is incidentally why all men have nipples, though they serve no purpose. It is the natural human state to have a vagina, but the development cycle for boys is different, as they make a hormone which stops them growing a vagina.

6. Your vaginal ‘juices’ are more gross than you once thought

The different types of substances that are produced by your vagina are a mixture of blood (for menstuation obvs), cervical mucus (a “snotty” (their word, not mine) type plug of mucus that sits in the cervix as a protective barrier to the outside), and a ‘transudate’ (a colourless type of “sweat” (again, their word, not mine) that becomes a beige colour by the time it reaches your panty liner). Gross right? Well get used to it buddy, because that’s in you. Right now.

7. The word ‘Vagina’ translates roughly to ‘Sheath’ in Latin

…And the word pelvis comes from the Latin for Bucket. Which might be two of the most unromantic things we’ve ever heard.

8. Cervical cancer can be detected by a smear test

A lot of women are still reluctant to get a smear test, for a number of reasons: they’re worried it might hurt, they’re embarrassed, or they just don’t have the time. Thing is, smear tests are important, and oh-so quick. The test itself takes one or two minutes, and involves opening you up with a speculum, and using a teeny tiny brush to scrape some cells off of your cervix that’ll get sent off for testing. That’s it. That’s literally it. Pop your skirt back on and enjoy the rest of your day!

9. Your vagina can shrink

The vagina reduces in length by 2cm when squatting, which can be useful when giving birth, or it can help change the depth of penetration during sex. So ladies, get your Reverse Cowgirl on, because that 2cm makes aaaall the difference. Yes I am winking at you right now.

10. One time, a woman made YOGHURT from her vaginal secretions

So. Gross. And it’s legitimately as disgusting as it sounds. University of Wisconsin graduate Cecelia Westbrook made the healthy breakfast snack from her own vaginal secretions, because a woman’s vagina contains the organism ‘lactobacillus’, a friendly bacteria that is used to culture yoghurt. I think we’ll just stick to Activia thanks.

Have you got any weird and wonderful facts about lady gardens? Tweet us! @sofeminineUK (Keep it clean, ladies!)

​17 of the Most Amazing Things About Being a Woman