5 Reasons You Need To Sleep Naked

by Cliche Wynter Published on 26 January 2015 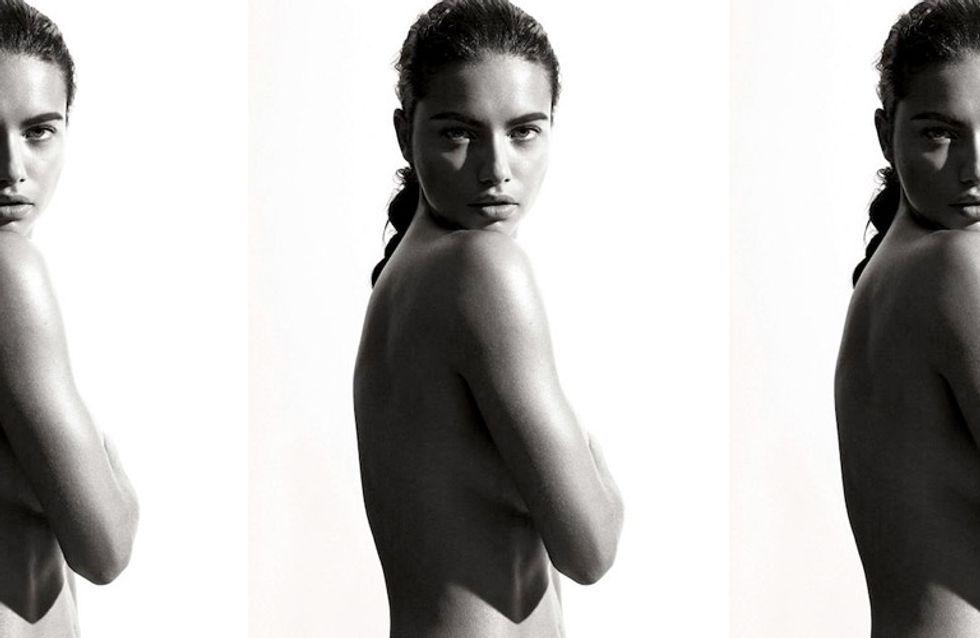 Believe it or not, in 2015, there are still some folks who clutch their pearls at the thought of sleeping naked. Which is unfortunate for them because they're really missing out. The thing is, going to bed completely nude comes with a slew of benefits (benefits, might we add, that go well beyond easing your laundry load). So without further adieu, here are all the reasons you need to take it all off before you hit the sack.

Marilyn Monroe once revealed that she wears Chanel No. 5 to bed and nothing more. Gotta love that Marilyn. As unusual as that might seem to some, it's actually a lot more common than you think. A recent survey estimated that about a third of British women also sleep in the buff. That adds up to a whole lot nakedness (just in case you were keeping tabs).

And although the current frigid temperatures makes us want to be covered in head-to-toe fleece, as soon as it warms up, we're going to bed completely nude. Yup, no shame over here.

You should do the same! Here's why.

During the night your body temperature drops to about 96.8 degrees. By piling on sweatshirts and PJs suddenly, your body is forced to double its efforts to regulate your temperature, thus increasing the risk for poor and interrupted sleep.

Simply being naked under a duvet cover is enough to keep you warm without disturbing your body's natural functions. It also helps facilitate blood flow and therefore promotes sound sleep.

2. It's Good For Your Figure

True story: because your body temperature drops naturally, you tend to burn more calories, especially if the room you're sleeping in is over 60 degrees. Having the ideal temperature coupled with blood flow that's unimpeded by clothing gives your body the best conditions to remove those excess cals. A refreshing night's rest will help you push through your day without the urge to snack.

But before you get too carried away thinking sleeping nude will just melt away all those donuts and lattes (with whip cream of course), while you dream of being in paradise with a hot dude, we're gonna have to burst your bubble. You still gotta eat right and head to the gym for that one.

Another bonus associated with the body temperature drop while sleeping in the right room, completely naked, involves the reduction of the long-term risks of diabetes. Although, to be fair, there aren't enough studies that provide proof of this benefit. It's mostly centered around the notion of burned calories and sugar used for energy in the process. Still, we're adding it in.

For those of you who think sleeping naked is simply unhygienic, think again. Staying in underwear at all times can actually cause considerable heating of your lady bits. This excess warmth then promotes the survival of bacteria that causes infection.

It's highly recommended to ventilate your crotch to prevent this, and obviously it isn't practical to do during the day.

So let her breathe at night, dammit!

This is pretty much a no-brainer to us. But if you need further convincing, a survey has proven that couples who sleep naked are generally happier. The nudity makes the partners more sensitive to each other, therefore inviting more intimacy.

Who can argue with that? Seriously.

What are your thoughts on sleeping nude? Tweet us @sofeminineUK!

50 Quotes To Boost Your Body Confidence

Why I've Never Enjoyed Making Out