by Lareese Craig Published on 8 June 2017 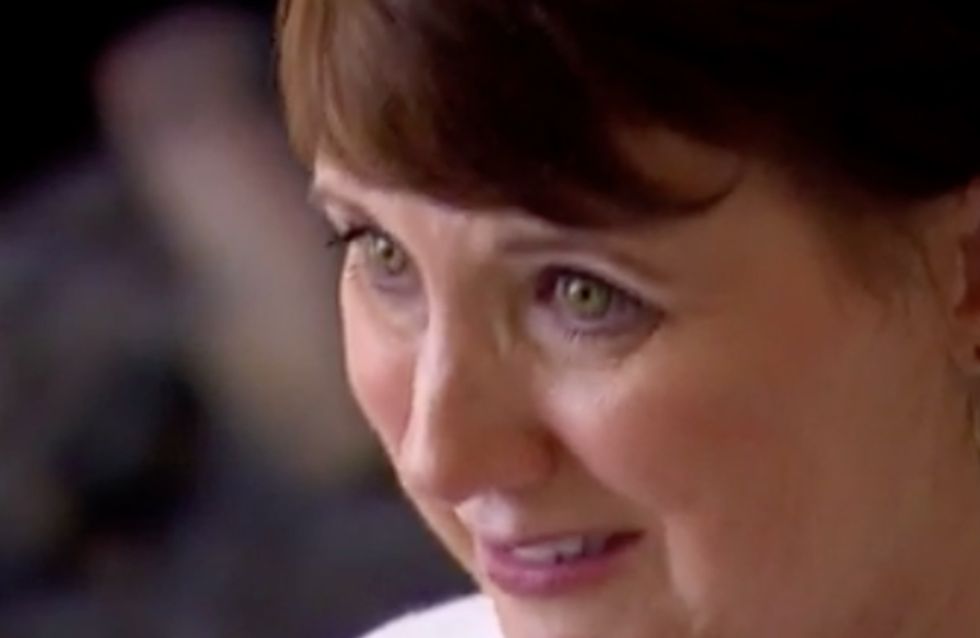 When Jennifer Cordts first noticed a red sunburn-like rash on her breast in 2015, she thought it would be best to get a mammogram to double check. Her test came back normal but after Googling her symptoms - as we all do - but she never expected to hear the words stage 4 inflammatory breast cancer.

The 46-year-old mother of two first consulted her doctor when she noticed a pinkish rash on her breast. As a caution, she thought it would be best to get a mammogram but she was quickly reassured when the result came back clear.

Her doctors dismissed it and suggested it could be a skin irritation caused by her lingerie. She told WFAA, "I was told, crazy enough, that my bra was too small." However, after changing her underwear and taking antibiotics, the rash on her breast did not go away.

It was then Jennifer took it upon herself to find an explanation for the mystery rash on her breast and eventually took to Google - as we all do - in search of an answer.

Anyone with access to the internet knows Googling medical symptoms usually ends up doing more harm than good, but in this woman's case, it was her search engine result that prompted her to go back to the doctors to push for a biopsy.

"IBC came up. Inflammatory Breast Cancer," she said. "It was the first thing that popped up. And it was a late night. Everyone was asleep. And I was terrified. I just had a bad feeling."

After 11 long months of misdiagnosis, the biopsy confirmed her worst nightmare: she had stage four inflammatory breast cancer - a rare and aggressive disease in which cancer cells block lymph vessels in the skin of the breast.

Tragically, Jennifer was given 3-5 years to live and is now receiving treatment to slow down the rate at which the cancer spreads.

Now she's sharing her story to urge other women to push for further tests if they're concerned and to help others to spot the symptoms before it's too late.

Breast cancer does not always present itself in the form of a lump. You can check the full list of symptoms here and always consult your GP if you're worried.

Do you have a similar story to Jennifer? Tweet us @sofeminineUK

Sign up to get involved!
You might also like
17 Celebs Who Have Spoken Out About Their Mental Health
by Pascale Day
Motivational Before & After Weight Loss Pictures
by the editorial team
Inspirational Tips To Get Your Weight loss Mission Started
by the editorial team
This Amazing New Bra Could Help Us Detect Early Signs Of Breast Cancer
by Rose Adams
Do You Know Your Normal? Be Breast Aware With A #CHECKYOURSELFIE
by Vivian KELLY
Breast cancer: Preventative drugs to be offered to 500,000 women on the NHS
by Maria Bell
This Blogger's Brave Breast Cancer Story Will Make You Want To Hug Your Mum Forever
by Lareese Craig
How Often Do You Check Your Breasts? 15 Tips On How To Check Your Boobs
by Vivian KELLY
Due A Smear Test? Everything You Need To Know About Cervical Cancer
by Vivian KELLY
HPV home kits for cervical cancer: TAMPAP launch
by the editorial team