by Helen Turnbull Published on 10 March 2017 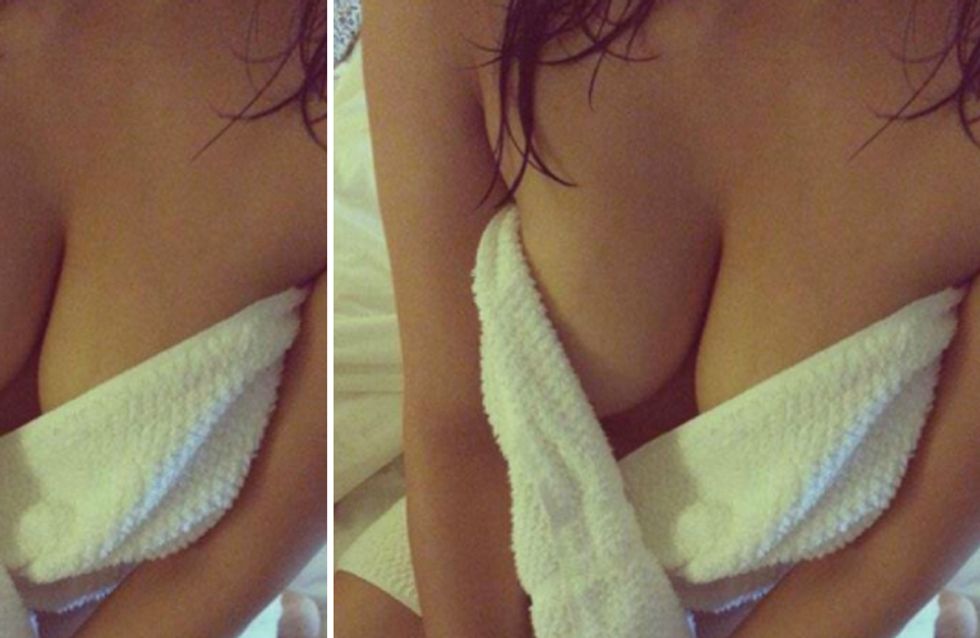 A mother-of-one is warning women everywhere to not keep their phones in their bras after her Samsung Galaxy S7 handset scarred her boob with a nasty-looking 'hot and seeping wound'. Georgie Tufnail's smart phone burned the skin off her left breast, leaving a line of 'disgusting green pus', after she shoved it down her cleavage while rushing with her young son and it should be a lesson to us all.

If you knew shoving your iPhone down your bra would leave you scarred for life would you think twice about doing it again? That's exactly what happened to Georgie Tufnail whose Samsung handset burned a line of 'disgusting green pus' into her left boob after she wedged the device in her cleavage while rushing with her young son recently.

The mother-of-one hopes her unfortunate injury acts as a warning to women everywhere to not store their phones in their bras - even for a minute - and has released images of the 'hot, seeping' wound left by the Samsung Galaxy S7.

Georgie's scar has become infected and she's been prescribed antibiotics to treat it. She said of the injury: “It was a line of disgusting green pus. It was obvious from where it was that it was the phone." The full-time mother wants girls to be aware of the real health risks caused by putting your smart phone in direct contact with the skin. "It burnt my skin away," she added.

Samsung said in a statement: “There are no known issues with the Samsung Galaxy S7. Until Samsung is able to obtain and examine any device, it is impossible to determine the true cause of any incident. Customer safety remains our highest priority and we are working to contact Ms Tufnail in order to obtain the device in question and conduct a thorough investigation.”

Last year the technology giant was forced to recall the Note 7 after receiving customer complaints the the device had exploded.