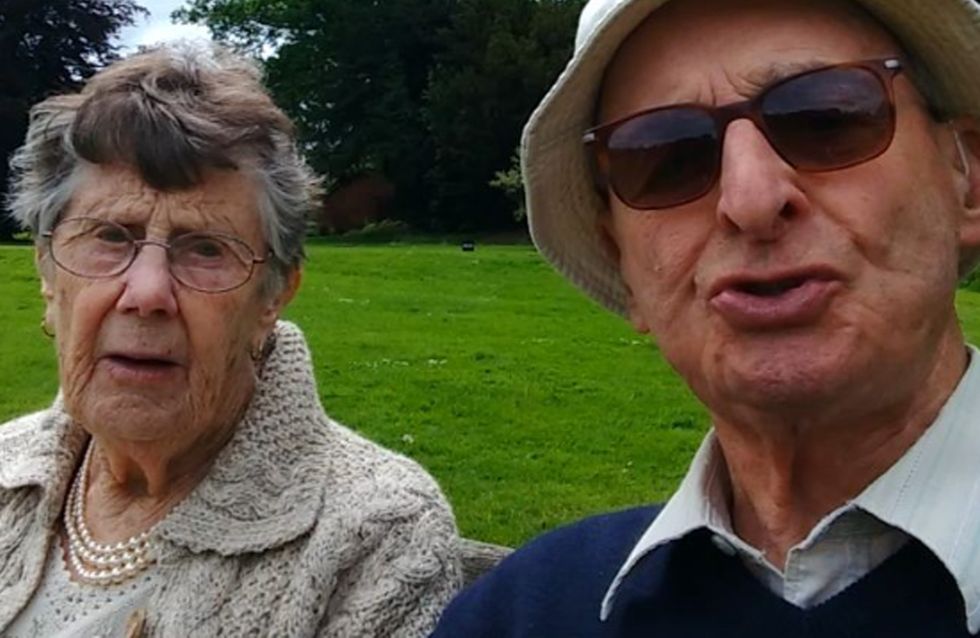 They say love is everlasting and that really seems to be the case for Geoffrey Walker and his wife. The 86 year old's Instagram account has gone viral due to the number of lovely pictures Geoffrey posts of his wife, complete with adoring captions.

While we're not keen on PDAs, this is a public display of affection we can definitely get on board with. Many of Geoffrey Walker's posts just include features of his everyday life but it's the posts which feature his wife of 65 years that we're swooning over.

After Twitter user @LaurenSkell tweeted out her appreciation of Geoffrey's Insta posts, with the caption: "This old man I know always posts Instas of his wife and they're so sweet bless him."

This old man I know always posts insta's of his wife and they're so sweet bless him😂😭 pic.twitter.com/CiyaWG8pa7

Her tweet soon got over 100,000 likes and 50,00 retweets, with many users feeling all the feels at the sight of Geoffrey speaking so highly of his wife:

I LOVE BEING EMOTIONAL FIRST THING IN THE MORNING

Geoffrey told Metro he originally started his Instagram to see pictures of his grandchildren and great grandchildren, but soon began uploading pics of Pauline: "I always include pictures of Pauline especially doing her craft work – she gained an A level for arts and crafts in the 6th form at King Edward 7th when she was 70 years old."

Geoffrey and Pauline married in 1951 but Geoffrey was a soldier and the couple were forced to separate soon afterwards for 18 months. After he returned he wrote a book about their time of separation (which, by the way, you can read here).

Geoffrey's snaps include him and Pauline going on a cruise he always promised her, as well as one that simply says "I love that girl". UGH. IT'S JUST ALL TOO MUCH. And of course his posts of Pauline are always adorned with plenty of heart-eyes emojis.

Now if Geoffrey could write another book about making love last for 65 years that would be great.