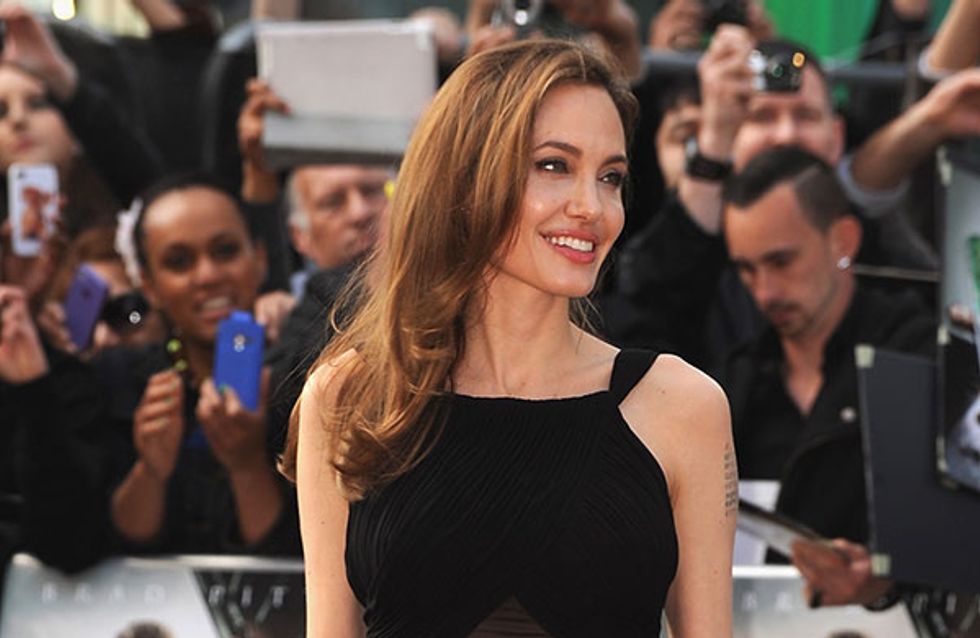 Angelina Jolie recently spoke out about her decision to have a double mastectomy after learning she had an 87 percent chance of contracting breast cancer. The actress and UN ambassador had intensive reconstructive breast surgery after her mastectomy, and wrote about her experience to draw attention to this issue. With the spotlight suddenly thrown upon mastectomy surgery and breast reconstruction, we spoke to a leading Consultant about what women can expect from this procedure.

The world was humbled and inspired when Angelina Jolie revealed her brave decision to undergo a preventative double mastectomy in order to try and avoid the same fate as her mother, who died from cancer at the age of 56.

​The star had both breasts removed and reconstructed in a series of surgeries.

She said​: "I hope that other women can benefit from my experience. Cancer is still a word that strikes fear into people’s hearts, producing a deep sense of powerlessness.

"But today it is possible to find out through a blood test whether you are highly susceptible to breast and ovarian cancer, and then take action."

If you're considering a preventative mastectomy or have had one and are interested in reconstructive breast surgery then read on to find out more about the options available.

​We've spoken to a leading expert in the field - Mr Stephen McCulley MDChB, FCS(SA)Plast, FRCS (Plast) to find out more. A Consultant Plastic, Reconstructive and Aesthetic Surgeon at City Hospital Nottingham, Stephen specialises in breast reconstruction and is one of the few Consultants in the country who can offer both cancer surgery and the full range of breast reconstruction options.

What does breast reconstruction after a mastectomy involve?
Patients can have a mastectomy to remove an entire breast or both breasts to treat or prevent breast cancer. Breasts can usually be reconstructed using an implant or tissue from somewhere else on the patient’s body such as the back, tummy, bottom or thigh.

Delayed reconstruction is when the surgeon waits for the skin to heal after the mastectomy and after the patient has had any further cancer treatment such as radiotherapy or chemotherapy. There is also the option of immediate-delayed reconstruction where, after the initial mastectomy surgery, an expander is placed under the chest muscle and is slowly filled with saline to stretch the chest muscle and skin over a number of weeks. Once the tissue has expanded and healed and it’s confirmed that the patient needs no other treatment, the expander can be replaced with an implant or even the patient’s own tissue.

It’s important to remember that every patient is different so I always discuss a patient’s options in depth with them first to find the right solution for their unique circumstances. 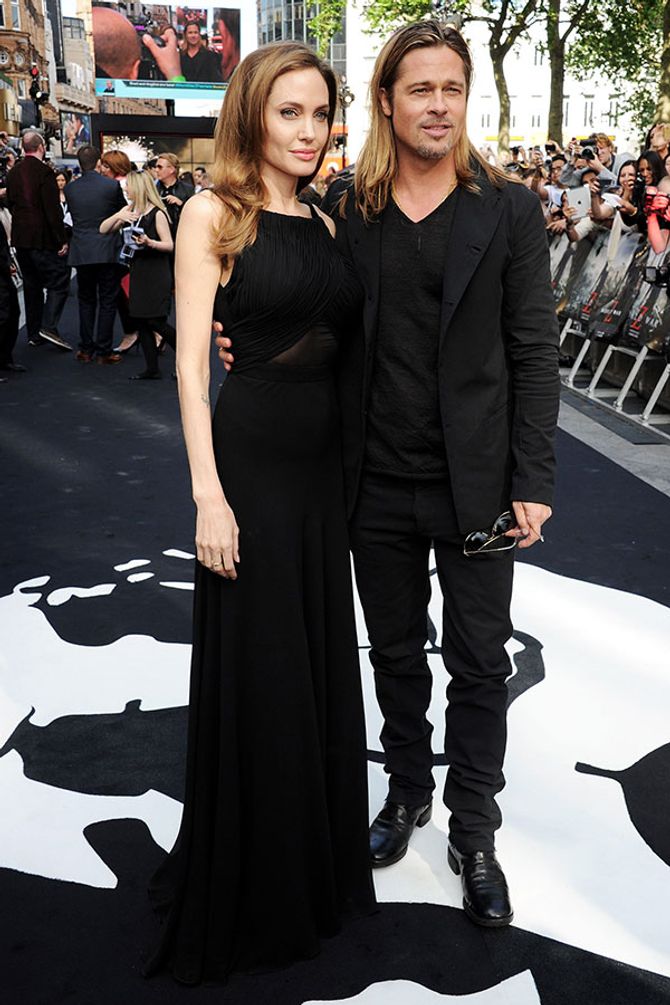 ​What kind of considerations are there when it comes to breast reconstruction?
Again, this will vary from patient to patient, however there are factors that will affect most patients. For example, having an immediate reconstruction may lengthen your hospital stay and will lead to a longer operation at an already stressful time. With delayed reconstruction it will mean that a patient will have to live with the effects of a mastectomy until the reconstruction can be performed, which could be up to a year. Cosmetically, the results of a delayed reconstruction are potentially not as good, as the skin-saving method can’t be used, so tissue would need to be taken from other areas of the patient’s body to reconstruct the breast.

​When a patient has a full mastectomy as treatment or as a preventative measure, radiotherapy is not usually required. If it is, then it’s likely that a reconstruction with implants won’t be recommended immediately as radiotherapy can create complications in the firmness of scar tissue or cause infections.

When it is known that the patient will need lots of different treatments for the cancer we may recommend delaying reconstruction to get through these treatments first, but this is not an absolute need.

Is it possible to save the nipple? Will it still have sensation?
After a full mastectomy, the breast will be smooth with no nipple, unless the patient has a nipple sparing mastectomy where the nipple and skin are not removed from the breast during the mastectomy. Although the nipple is preserved, the sensation will be different after the operation.

If the nipple can’t be saved during the mastectomy then there are a number of options the patient can choose from. For the no surgery option, nipples can be tattooed on to the skin, but the nipple won’t have any shape, so you won’t be able to see the shape of the nipple through clothing for example.

Nipples can also be made from your own body tissue, either from the existing nipple on the other side if you’ve had a single mastectomy or by taking tissue from the centre of the reconstructed breast to create a nipple shape. Once the nipple has healed, you can have the area around the nipple tattooed to make it look as realistic as possible. Unfortunately in some cases reconstructed nipples will flatten and shrink and may require reconstructing again.

What different techniques are there to get a good result?
Usually the most natural result is from an immediate mastectomy with a skin saving method as often in these cases the patient’s existing skin, nipple and muscle can be saved and the shape of the breast can be reconstructed with implants. But both implants and your own tissue can give good results.

That said, using your own tissue can have the advantage of ‘being alive’ and therefore looking more natural over time. It's worth remembering that implant reconstruction has a much higher need for revision surgery after 10 years. Newer one-stage implant reconstruction may work better and avoids the need for scars elsewhere on the body. Saying that, the tummy operation can also give the patient a flat stomach, so both can be good for the right patient.

What kind of scarring can you expect? Is there a way to minimise this?
Again, the type of procedure a patient has will have an impact on the scarring. Immediate breast reconstruction usually has the least amount of scarring on the breast as the skin and sometimes the nipple can be preserved. Where a reconstruction has been performed with body tissue, there will also be scarring in the area from where the tissue was taken, as well as the breast. As with all types of surgery, the amount of scarring will depend greatly on how the individual reacts to the surgery and how quickly they heal.

What is the recovery time like?
The recovery time from surgery will depend both on the procedure and also the individual patient’s health. With my patients, I advise them on the time I believe they will take to recover based on their individual circumstances. Generally, if you have a reconstruction using tissue from another part of your body then you can expect to be in hospital for a week as two areas of your body will need to heal. Patients having implants as part of their reconstruction surgery will generally be in hospital for just a few days, unless they have had immediate reconstruction with implants as this is a more demanding operation.

If someone is considering breast reconstruction after a mastectomy what kind of questions should they ask their surgeon?
To begin with, I would advise anyone thinking of having a reconstruction after mastectomy to find out the type of surgery most suitable for them and then the implications of this surgery such as procedure, scarring and recovery.
It is important that your clinic offer all the possible options and not just a few options.

Using your own body is more common when done later as it allows more skin and natural tissue to be added to the mastectomy site. Ask about how often the surgeon performs different types of reconstruction and the potential outcomes. Ask to see pictures of patients who’ve had similar surgery and talk to patients who have had the operation. A good surgeon will spend time with the patient taking them through all their options and answering any questions from the outset so the patient has as much information as they need to prepare for their surgery.

What kind of checks should you do to make sure you're going with the right surgeon?
Firstly, check their qualifications and experience. Any surgeon doing breast reconstruction must be doing this regularly and usually in the NHS as well as private sector if they work there. They should be qualified with the General Medical Council (you can check this online) and also check if they are members of the British Association of Plastic, Reconstructive and Aesthetic Surgeons (BAPRAS) and the British Association of Aesthetic Plastic Surgeons (BAAPS).

​Also look for the letters FRCS (Plast) after their name as this means the surgeon is a Fellow of the Royal College of Surgeons and has therefore trained to carry out all kinds of reconstructive surgery.

In the UK some reconstructions are carried out by breast surgeons who may be very qualified to do this. They will not offer the free flap microsurgery from the abdomen but make sure that all options are at least discussed and offered.

Will you need to have repeat surgery on your reconstructed breasts in the future to maintain them?
It’s possible that a patient may need to have the nipple reconstructed if they’ve opted for a nipple which has been reconstructed from breast tissue as these can shrink or flatten in time. All types of reconstruction may need revision. Often the other breast needs some alteration to get the final symmetry of result. As a general rule implant reconstruction requires less surgery at the beginning but more revision surgery over time.

To find out more about Mr Stephen McCulley visit his website.

What's your view on breast reconstruction? Got a question? Tweet it to @StephenMcCulley and @sofeminineuk.

by Ursula Dewey
For all the best videos, memes and shareable news!