by Lareese Craig Published on 21 September 2015 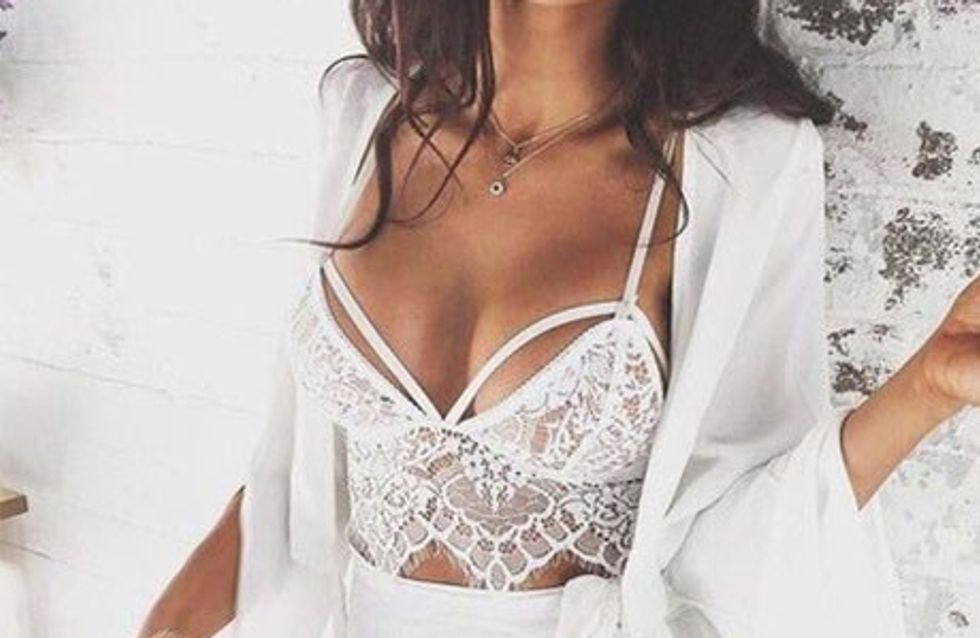 It's easy to assume that women who have breast augmentation surgery (or any other type of cosmetic surgery for that matter) are desperately unhappy with their appearance, but that's not always the case. Sometimes it's not about righting the imperfections, or chasing beauty ideals, it's simpler than that. It's about taking ownership of what's yours and giving yourself permission to be happy in your own skin.

A woman that gets a boob job is... Superficial? Insecure? Vain? How about, in control of her own mind?

Others however take on a 'don't like it, change it' attitude and that's OK too. Either way, it's your body and your decision and that's all surgery ever is: A decision to be the boss of your own body and to find the confidence to know what's the right path to take for your own happiness.

For Claire Standen, 25, that was as complex as it got. Her decision to undergo breast surgery to take her from a B cup to a DD was based on confidence, sure, but it wasn't because she was beside herself at the thought of life plagued with smaller boobs.

"I was never emotionally depressed about my breasts, it was never that bad. For me it just came down to proportion. My lower half, my legs, hip and bum were a lot bigger so I felt I didn’t look balanced. I thought I may as well get them done while I had the means to. If I hadn’t of had the money available for surgery I would have just stuck with what I had; but I have no regrets, I would never look back because it was for me!"

While it wasn't a lighthearted or flippant decision it wasn't a desperate bid to fix herself either. She had the disposable income and it was something she'd seriously considered over a period of 3 years.

"At the time I was working for Emirates out in the Middle East and I had a lot of disposable income so it was now or never for me! I just thought, I’ve got the money so I may as well do it. Even though I’d thought about it for 3 years on or off, everyone had it done in Dubai. I’d be flying with crew and 5 or 6 of them had their boobs done so I thought why not!

"I wanted them to look as natural as possible and after shopping around, I decided to go with Spire Regency Hospital. I trusted Spire and after meeting the breast surgeon, Richard Johnson, I was reassured he wouldn’t do anything too extreme. He said his aim was always to look at the person’s body shape and keep everything balanced.”

Women's bodies come in all shapes and sizes, but after losing a significant amount of weight Claire felt her body was no longer in proportion.

"Before I was slim and toned but out of proportion - I wasn’t as body confident as I knew I could be. I was probably too slim and obsessive with food! But now I’m more comfortable with my appearance. My body has changed a lot - in fact my whole idea of what I want to look like has changed! Right now I just want to be toned and healthy. I was a little spindly before... now I’m happy." As for the best thing about her new boobs? "The lingerie/bikini shopping! I live in Victoria's Secret now."

If there's one imparting bit of advice Claire could give any women who are considering breast augmentation surgery, it's to do it for you: "Make sure it’s your decision and not for anyone else and go for it! You only live once, why waste it being unhappy?"

Enough with all the surgery shaming, go ahead and give yourself the permission to be happy in your own skin.

Why did you have a boob job? Tweet us @sofeminine.co.uk

Breast Augmentation Procedure: What Happens In Surgery Step By Step

What Happens During A Facelift? We Find Out Step By Step

We Put The New Temporary Lip Fillers To The Test!