by Pascale Day Published on 4 January 2017 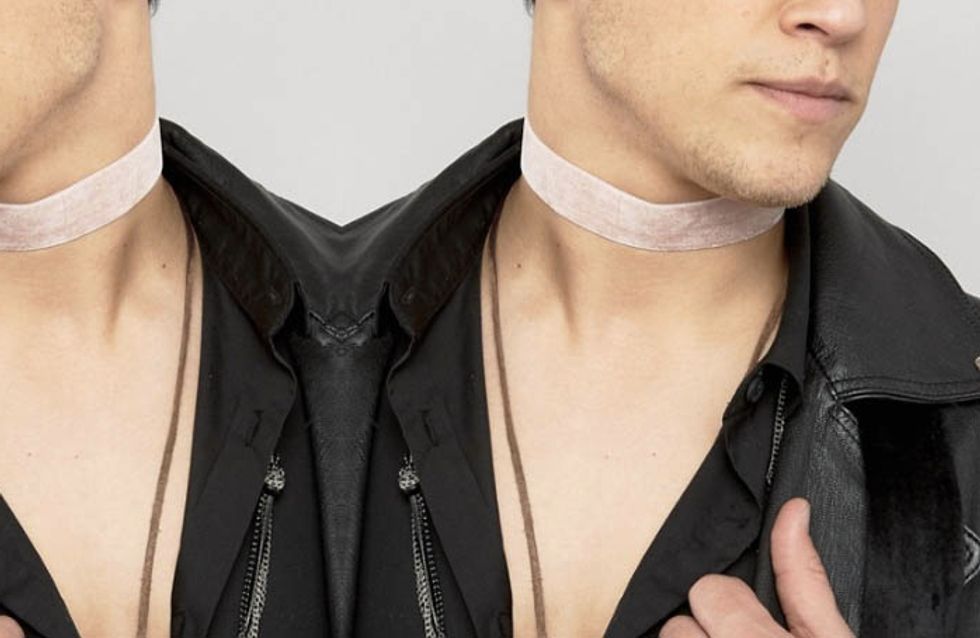 Fashion is a fickle thing. It changes, it grows, it makes fools of us all. It drops off and comes back 20 years later and is twice as cool as it was in the first place. Take the chokers trend - cool in the Seventies, even cooler in the Nineties, cooler still today. But hold the phone: ASOS have now launched chokers for men and people are freaking. The eff. Out. Is it cool? Is it not? Nobody knows!

Hey everyone, ASOS are now selling men's chokers. Fashion forward right? This, here, this velvet pink choker is now not only available for a woman's neck, but a man's also. No change in style. No apparent change in size. But this one is a man's choker. For men only. It's pretty much exactly the same as the women's velvet pink choker but this one is for a man. See, instead of just calling them 'chokers' as in 'this choker is for anyone just wear it if you want to', they're separated into men's chokers and women's chokers.

Confused yet? A lot of people are. Reviews on the male choker have been mixed:

I hate the idea of a male choker. Just call that shit a choker and move on.

​But men wearing chokers isn't a new thing. Punk figures like Sid Viscous regularly wore chokers and they were a huge part of punk fashion in the 1970s. Then chokers were worn by cute Nineties pin-up boys all the time, often teamed with a long sleeve shirt under a tee and a floppy haircut a la Jordan Catalano in My So-Called Life​​. Sooo dreamy...

Whatever your stance on male chokers, it's glaringly obvious that men have more pressing concerns when it comes to fashion faux pas - take the seamed loafer or deep V T-shirts or trilby hats, for example. By the time you chaps have sorted that hot sartorial mess out we'll all be wearing chokers and probably living in space.

So if you're a fan of the look, you can buy you and your boyf matching chokers. Be aware though, there's only a limited number of options for dudes. If they're daring enough, though, they might be able to pick one from the wider - much, much wider - range of options from the women's section...

What do you make of ASOS' male chokers? Let us know! @sofeminineUK

These Women Know How To Style Dungarees To Perfection

Review: Fancy Yourself In Specs? You Should Try Transitions On For Size

​​50 Ways To Look Stylish Whatever The Weather