Why a French boyfriend is like a personal stylist

by Elizabeth Kesses Published on 13 June 2011 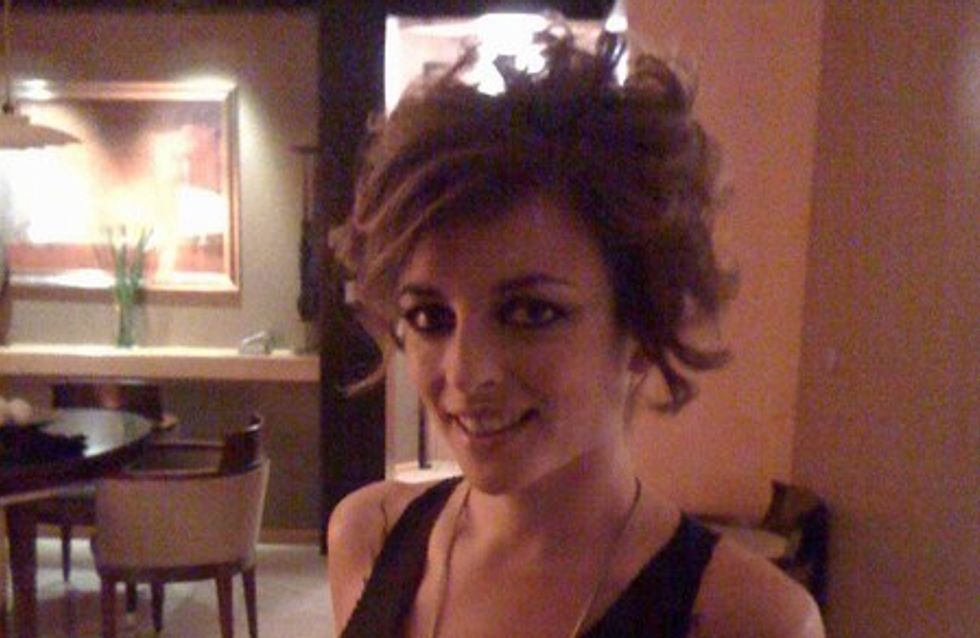 Before my French beau most of my relationships have been with Brits - Rosbifs as the French like to call them. Solid decent chaps.

Dinner dates were usually a slap up at the local gastro pub. Dressing up was jeans and a strappy top.

When I met my French beau the rules of the game changed dramatically.

The first gift I received within a few weeks of meeting him were a pair of Jimmy Choos!

Then came the Hermes bracelet. They were like style calling cards. They read 'Please take note'.

Style and sophistication are at the top of the tick list in France - although it should be said not all French men are so proactive (or decadent) in ensuring their girlfriend lives up to their expectations.

I remember once meeting him at the airport shortly after our first date - me in scruffy jean shorts and sandals, him in a slick suit. I had just come back from a yoga holiday so was feeling the hippy love. No make up - unless organic. No fancy clothes - surf gear. No hair colour unless a vegetable dye...

His disappointment was palpable.

The next day he subtly suggested a shopping spree, he picked out the flimsiest Helmut Lang dresses at Galerie 66 on the Champs Elysees. Quel surprise.

At first I resisted his “hints”.

Like a stubborn child I would intentionally dress down. But his big sad eyes would implore me to return to the wardrobe for something more glamorous.

Being typically French, he is Roi (or King as we’d say) of the Paradox.

He loves a glam frock but a wild unkempt hair do. I detest my curls but he loves my natural look. I spend hours straightening them yet my 'out of bed' or even better straight 'out of the sea' look would rock his world... So as long as it was teamed with something silken and expensive, bien sûr!

Living in Paris also added extra wardrobe pressure. In London I'd go for my weekend run and slob out at Starbucks in my tracky bums. This is “impossible” in Paris. Only students and teens can do this.

Otherwise people misplace you, literally, for a homeless bum. In certain chic areas women refuse to leave the house unless they have had a blow dry, manicure and are wearing a twin set.

As my days veer between acting class and posh dinners I also have the constant Choo or shoe dilemma.

My top of the range and top of the mountain heels are killers after a day of walking around. My flat ballerinas are like slippers but not so elegant.

Thank God YSL have launched the new 'in between' heel. A semi high shoe that is actually comfy.

Though my beau's preference are my skyscraper high Dior “f@ck me heels” and my dainty but impossible to wear clogs. Last time we were in Cannes I wore all of the above and was crippled after one day of walking up and down the Croisette.

I wore my clogs to Eden Roc last year and slipped over in front of a celebrity having his breakfast. I also take an hour to walk the length of the seafront. I’m like a Geisha taking painful, miniature steps.

Packing is always a chore for me. But for Mr Frenchy Froggy it's a total joy. He gleans endless pleasure in advising on outfits and then carefully wrapping them in silk bags. It's like having a personal stylist.

The worst thing is that I am now just as fashion obsessed. He's created a monster!

This year at the Film Festival we went to a premiere and I decided to make a last minute wardrobe change. My shiny YSL slip dress looked like a bin bag (ok, slight exaggeration but suffice to say I felt like I was wearing a bin bag). So instead I wore the funky Abraham Will (posh Top Shop) dress I had worn the night before.

I felt dirty all night - worrying if people had spotted my fashion faux pas. Damn it.

I had the Dior shoes and an Hermes necklace though, at least. Kate Moss and other Brit fashion icons go on about 'blending' - mixing high end labels and fast fashion brands like Hennes. Alas, on French soil this just does not cut the mustard - or the Dijon in this case.

Even after some time living with my amour his tastes and standards are still as demanding as ever. Not that I'm complaining! I now have a room full of clothes verging on Carrie Bradshaw's post Mr Big.

Only today I was getting ready for a family lunch at a smartish restaurant at the Grove - a country golf hotel - more footballers wives than fashion. I was about to throw on a pair of leggings and a Zadig and Voltaire t-shirt... my beau looked like he'd swallowed an egg!

He rifled through my bag to find a little black dress that I had planned to wear for dinner. It was creased. He volunteered to iron it whilst I went to the gym.

Initally I had my doubts but I have to admit it did look great - curvy but not trashy.

We arrived at the golf club and I must have looked like a contender for America's Next Top Model (albiet a much shorter version). Everyone else was in chinos or shorts and knocking back pints.

It was a reverse experience of Cannes but my beau looked so proud and happy. I couldn't resist sitting on his knee and being his adored 'belle'.

My ex husband made me feel like a sack of potatoes so I know what I prefer!

Vive la French fashion is all I can say.

Brit Chick says:Galeries 66 is a mecca for edgy, funky fashion and young, upcoming designers. Hermes YSL and Dior all to be found on Rue Faubourg St, Honore.

Like us on Facebook!
You might also like
Lady Diana VS Kate Middleton: the looks in comparison
by the editorial team
The most daring dresses worn at the Golden Globe Awards
by Charlotte Hoddge
Meghan Markles best fashion moments throughout the years
by Charlotte Hoddge
The Emmy Awards 2017: Our Round Up Of The Best Outfits
by Lareese Craig
Jennifer Lawrence Style: Her Best Outfits To Date
by Lareese Craig
Free The Nipple! The Celebrities Who Love To Go Braless
by Rose Adams
Like Mother, Like Daughter! Princess Charlotte's Style Evolution
by Helen Turnbull
Celebrities At Glastonbury Through The Years
by Helen Turnbull
75 Unique & Unconventional Wedding Dresses
by the editorial team
Beyonce Style File: Her Fashion Through The Years
by the editorial team