The Best Fashion Moments From The AMAs 2016

Members of both the fashion and musical elite came together last night to celebrate the American Music Awards (or AMAs to you and I). But while some put on steamy performances (here's looking at you Ariana Grande and Nicki Minaj) and some took home an illustrious crystal pyramid, others were slaying it in the style stakes. Here's the best dressed musos of the night.

There was many a talking point from this year's American Music Awards across the pond. First of all, there was Gigi Hadid's presenting in an array of glam dresses, where she also took a controversial shot at the new First Lady with her Melania Trump impression (google it) then Chrissy Teigen got us all emosh with her soppy introduction to hubby John Legend's performance of 'Love Me Now'. Of course there was also Bella Thorne's mesmerising rainbow hair that totally stole the show. Yup, this year's AMAs was one to remember. But ultimately the highlight we're all really out here for is the red carpet sartorial spread.

​So which famous faces outfit game got us talking for all the right reasons this year? Here's our round up of the best dressed. 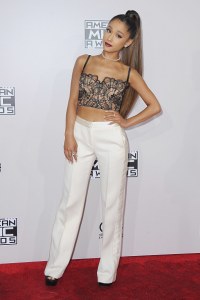 Who was your best dressed from this year's AMAs? Let us know! @SoFeminineUK!

Selena Gomez Outfits: Her Style Game Through The Years