15 Ways Chrissy Teigen Is Pregnancy Goals In Every Way

by Lareese Craig Published on 13 January 2016 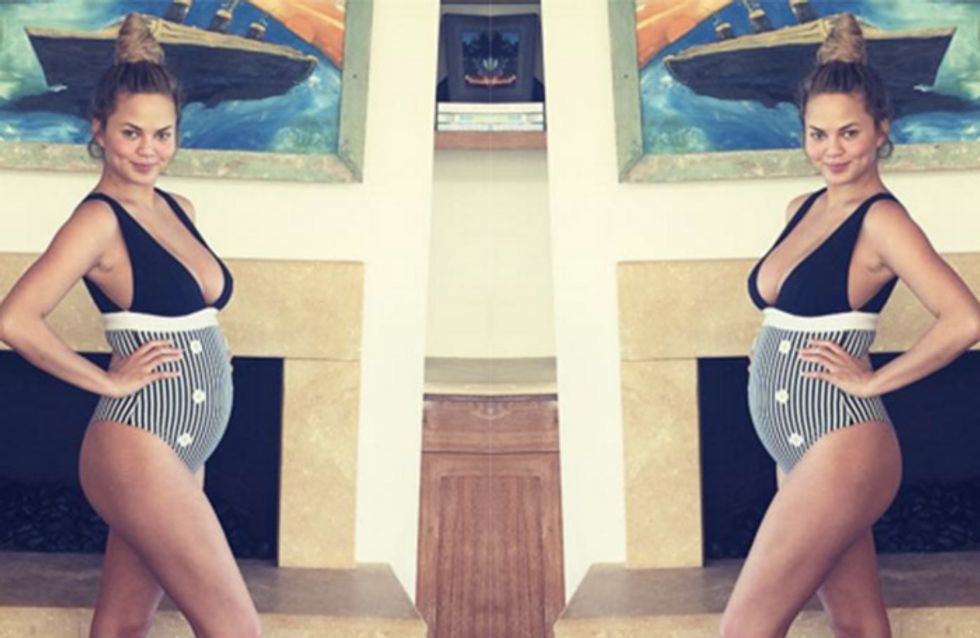 Ever since she announced that her and John Legend were expecting their first baby together, Chrissy Teigen has been giving us all the goals. The tweets have got even funnier, the cravings are bang on and the outfits... fleek doesn't even cut it. Here's 15 ways she is slaying the pregnancy game in every way.

She announced her pregnancy with THE cutest picture

Look at all the happiness, that’s not the kind of happy you can Valencia that's real AF.

She’s making the most of this eating for two thing

Burritos, cinnamon rolls, Tacos, 50 boxed doughnuts, cookie butter cheesecake (find us that cake) and Cap n Pebbles cereal. She's not holding back on her cravings and we love her for it.

Even when people give her unsolicited baby advice about eating sugar, she doesn't backtrack. No. she shuts. them. down

yes I am living off dyed food. tuna too!! Gonna try to dye my tuna actually. Then have an icy, dyed vodka soda and that's just lunch

And for the first time ever we hated her a little bit.

And when she got straight to the point with this dweeb

She's honest about the sh*t she doesn't know

John and I can't wait to welcome little x-pro II into the world https://t.co/5ttG0Q0oty

Her maternity wardrobe is lit

Even if she doesn't think so

hands down the saddest thing i've ever googled pic.twitter.com/sciZn9WXnm

Trolls gonna troll but fortunately, Chrissy is an unoffendable badass.

I did IVF. One at a time. It isn't twins. I can see the damn thing. Get out of my uterus!

In fact, all of her pregnancy tweets are (to borrow her favourite expression) The Tits

4:30am, eating a sausage mcmuffin and looking up the gestation period of animals

This one is a personal favourite

The most annoying part of pregnancy is the fruit and veg shit. "Your baby is 6 inches. A pineapple!" What the fuck grocery store we at?

For all the times she's had to see this!

@chrissyteigen did you have your baby!??! 😆 pic.twitter.com/WACQk8MRG9

She’s proof that nothing is more beautiful or ballsy than an expectant mother. We can’t wait to see that precious mini Legend!

Love Chrissy's pregnancy sass as much as we do? Tweet us @sofeminineUK!

John Legend And Chrissy Teigen Are Living Your Dream Relationship