Is Rita Ora the new face of Chanel?

by Lareese Craig Published on 16 October 2013 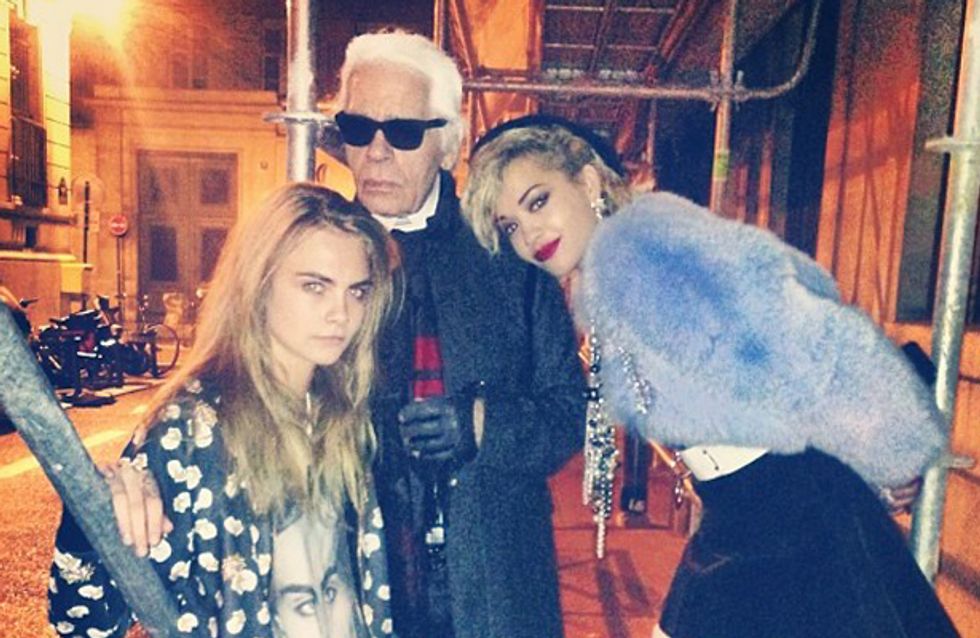 If the Instagram clues are anything to go by, Rita Ora's bagged herself another covetable fashion campaign and this time it's for Mr Lagerfeld. The red lip icon has been leaving a trail of social media hints and snaps suggesting she's the new face of Chanel. Rimmel, DKNY and now a midnight shoot with King Karl, the sharpest pin in fashion. It's totes believable!

The star-studded bash was the perfect opportunity for her to rub shoulders with Cara's 'fashion dad' Karl Lagerfeld and put in some all-important networking. Well played Ritz.

In a series of excited snaps shared on Instagram, Rita gushed over her Midnight In Paris shoot with the big time designer.

Dripping with Chanel, the singer posed like a pro in designer garb including a huge satin cape, a perspex hat with animal ears and, for the grand finale, a pair of statement antlers.

Another pic featured Rita and Karl strolling down the street with their arms wrapped round one another - KL's iconic grey pony in full view.

Rita wrote next to the image: "Last night. Taking a midnight stroll with the man who inspires me to be glamorous at all times without a hint of doubt. Love you uncle Karl. #midnightinPARIS"

So could she be the Chanel muse of the moment? Chances are Rihanna's going to be feeling pretty blown out if the word is true.

She was his starlet of choice back in June when she was lavished with a £5,000 Chanel lego clutch following rumours she was the new face of Chanel accessories.

The Rita-Chanel collaboration has yet to be confirmed but the label has revealed it's for a French magazine project...

Mmm we're hedging our bets that there's an announcement to be made very soon. 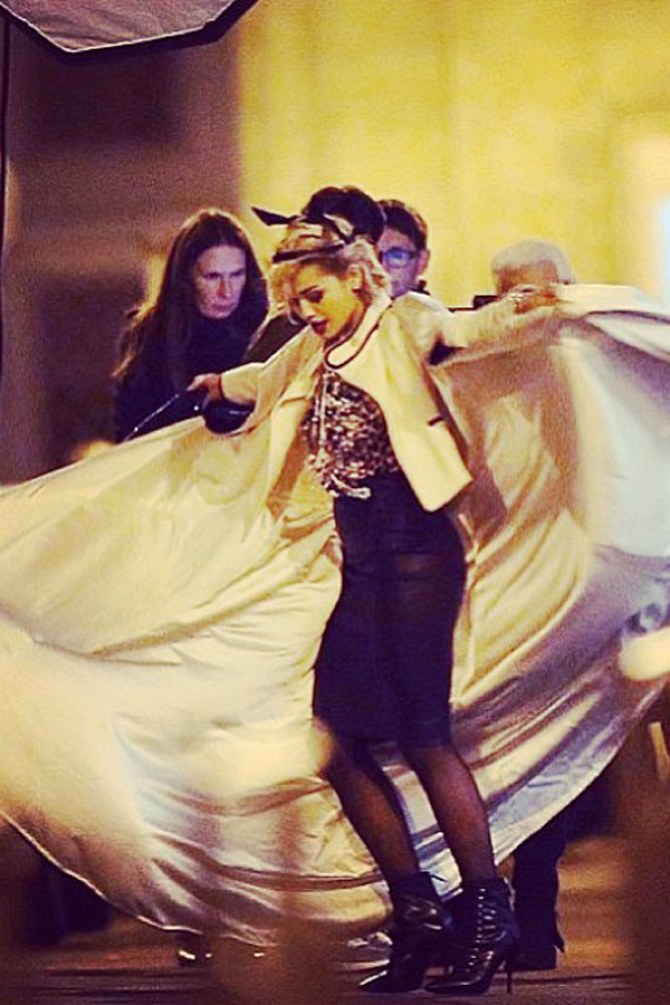 Is Rita Ora the right choice for the classic French brand? Tweet us your thoughts @sofeminineuk

Follow us on Instagram!
You might also like
Donatella Versace: the designer, with friends, who revolutionised the fashion world
by the editorial team
The brands that celebrate diversity and break the codes of beauty
by Amy Denman
Kylie Jenner's fashion highlights
by Amy Denman
Victoria Beckham's best looks: copy the style of the 'Posh Spice'
by the editorial team
Lady Diana VS Kate Middleton: the looks in comparison
by the editorial team
Models who break the standards of beauty
by Charlotte Hoddge
The most daring dresses worn at the Golden Globe Awards
by Charlotte Hoddge
Meghan Markles best fashion moments throughout the years
by Charlotte Hoddge
The Emmy Awards 2017: Our Round Up Of The Best Outfits
by Lareese Craig
Jennifer Lawrence Style: Her Best Outfits To Date
by Lareese Craig