by Lareese Craig Published on 6 November 2013 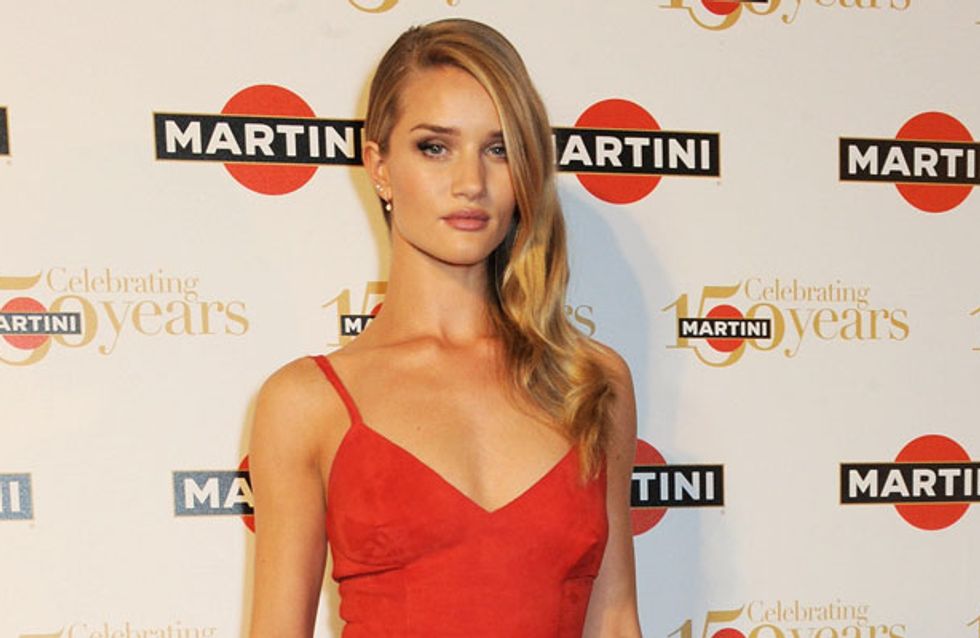 We've had Halloween and Bonfire Night now so technically we're allowed to start counting down 'til Christmas now?(49 sleeps). Last week M&S aired their festive teaser featuring Rosie Huntington-Whiteley and one very cute Toto the dog look-a-like but now the full ad is here and it's starting to feel a lot like Christmas.

Before the Christmas films hit our screens the retailers have their chance to get us in the holiday spirit and M&S have got in their first this year.

After releasing their crimbo teaser clip last week, we couldn't wait to see the full ad and yes, you could say David Gandy had something to do with that.

For this year's ad Marks & Spencer got merry on magic with a fashion meets fantasy theme. Rosie Huntington-Whitely plays a whole host of characters including Alice, Dorothy and Little Red Riding Hood.

The short film follows the model through the streets, down a drain come rabbit hole into a woodland scene where she joins David Gandy at the Mad Hatter's tea party.

With Rosie Huntington-Whiteley as the leading lady and David Gandy as the very handsome Mad Hatter this ad's going to take some beating.

For the last scene we're in Oz, following the yellow brick road until a very glamorous wizard pops up in the sky. Cue Helena Bonham Carter.

And they all lived happily ever after...

The full two minute ad will hit our TV screens today but you don't have to wait until this evening to see it, online viewers can watch it right now.

Has the M&S Christmas campaign got you excited for mince pies and crimbo decs? Tweet us @sofeminineuk