While we were trying to make the most of our Bank Holiday without getting drenched, there was an entirely different kind of storm going down over in LA. The 2014 MTV VMAs saw music's biggest names walk the red carpet on Sunday night. Now it's time to see who made our best and worst dressed list at music's most daring night.

When you get all of music's biggest names under one roof, you never know what will go down! One thing's for sure: there's never a dull moment.

Not only did Beyoncé give a stellar performance, she rocked a killer, curve-hugging Nicolas Jebran gown that had everyone doing a double take.

Ariana Grande skewed sexy in a leather Moschino number, while Amber Rose turned heads in a jaw-dropping chain link dress (an ode to Rose McGowan perhaps?). Kelly Rowland looked heavenly with her baby bump on full display; though we would have loved her with a different hairstyle.Then in came Rita Ora, the sizzling lady in red Donna Karan Atelier. Yes! Kim Kardashian went with a printed Balmain number for the event.

All in all, there were a lot of fascinating looks on the carpet.

Check Out The Night's Most Memorable Looks Below: 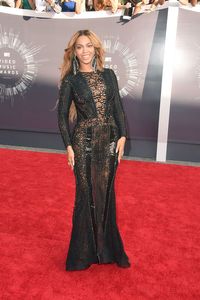 Who had your favourite look of the night? Tweet us @sofeminineUK

The Best Dressed Stars At The Cannes Film Festival 2014