15 Times Debbie Harry Proved She Was The Ultimate Style Icon 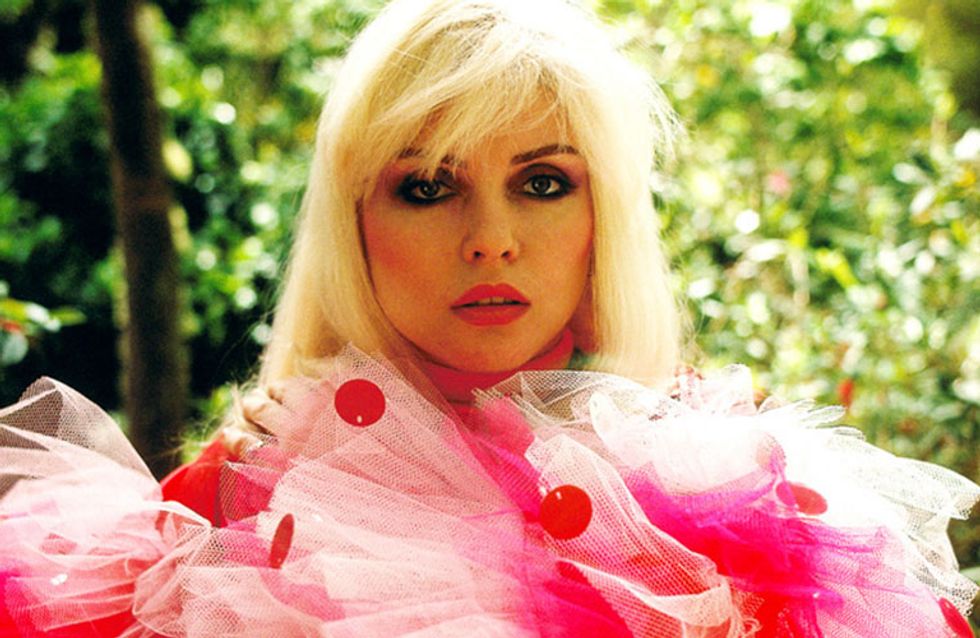 With her platinum blonde lob, metallic makeup tekkers and her fearless stage get-up, it didn't take Debbie Harry long to establish style icon status. From the 80s to the here and now, there's a good reason why we're still swooning over Blondie's front-woman. Happy Birthday Debs, you punk rock legend, you. Here's 15 times she proved herself to be the ultimate style icon.

Leather staples, androgyny, motif t-shirt dresses, bouffant hair, it's all down to Debbie Harry. To celebrate the legendary punk rocker turning 70, we're digging out her signature looks. And hoping that one day, just one day we might wake up and be half as cool as her.

Here's 15 times she proved she was the ultimate style icon.

When she made blue gloves a thing

When she was as pink as she was punk

When she made the bowling hat cool

When she pulled off big bangs

When she used her gold jumpsuit move

When she was obsessed with animal print

When she did punky leather

When she pulled of the snapback

When she casually did blue tights complete with visor

What's your favourite ever Debbie Harry outfit? Tweet us @sofeminineUK

How To Pull Off Pink & Still Look Classy With It

25 Women Who Are Totally Owning Culottes

Follow us on Pinterest!
You might also like
Donatella Versace: the designer, with friends, who revolutionised the fashion world
by the editorial team
The brands that celebrate diversity and break the codes of beauty
by Amy Denman
Victoria Beckham's best looks: copy the style of the 'Posh Spice'
by the editorial team
Lady Diana VS Kate Middleton: the looks in comparison
by the editorial team
Kate vs Meghan: who wore it better?
by Charlotte Hoddge
The most daring dresses worn at the Golden Globe Awards
by Charlotte Hoddge
Meghan Markles best fashion moments throughout the years
by Charlotte Hoddge
The Emmy Awards 2017: Our Round Up Of The Best Outfits
by Lareese Craig
Jennifer Lawrence Style: Her Best Outfits To Date
by Lareese Craig
Free The Nipple! The Celebrities Who Love To Go Braless
by Rose Adams