10 Stupid Arguments That Signal Your Relationship Is Doomed

by Vivian KELLY Published on 23 February 2015 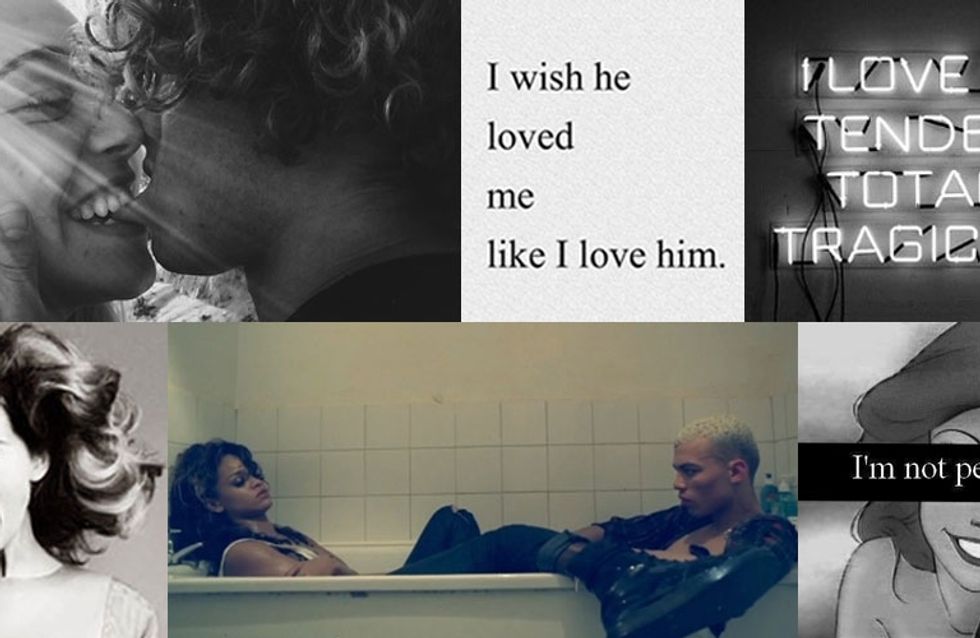 Ever thought about how stupid and petty some of the arguments you and your boyfriend have are? We're not talking about bickering over what to watch on Netflix, or how to stack the dishwasher properly, we're talking about those heated, evening-long arguments that involve door slamming, tears and all kinds of yelling. Here are 10 stupid arguments that show your relationship is doomed to fail.

Arguments suck, but when it comes to arguing about THESE things, you might question why you're even with this person in the first place. Fix it now or get out. Sorry ladies, but sometimes it's just not mean to be...

'You look good' or 'You look nice', may not be the most heart-felt compliment you've ever heard, but at least he's trying, right? If you feel the need to argue with your man because he chose the 'less' attractive adjective instead of the stunning one then you're in for one heated relationship.

Guys in any long term relationship should know by now that women love food JUST as much as men. For real. So if your man thinks he owns half of your burrito (as well as his own) because he doesn't think you can eat it all, please prove him wrong and shut him up.

Another ironic assumption is that girls apparently have attention seeking bitch fits all the time. Yeah, sometimes it's true, but let me tell you, guys are JUST AS bad as us. They're the one's who get grumpy if we're talking over the sports, or if he hasn't eaten or he's, wait for it, 'tired'.

If your boyfriend's one of those laddy guys that march about telling his friends how much he knows they want to bang you, yeah, you're definitely in a no-no relationship girl. Get rid of him, stat.

5. Disappearing off the face of the earth

One minute they're calling you off the hook, the next they've gone AWOL on you. What the hell have you done?

OK, the first few time we might let it slide, maybe he was busy, right? Who knows, but after strike three, he's a certified loser. Don't even waste your breathe asking him why.

6. Not giving you enough attention

Moaning, crying and hell, even lecturing him about how you need him more. Nope, doesn't work. You're simply not that important to him. It's up to him to show you he cares not you! If you're arguing over this already, the future doesn't look good.

When you start living with your man you'll find that they are things that you both dislike about each other. Maybe it's the toothpaste he left all over the sink or the poorly flushed toilet you seem to get gifted with every evening when you get home.

​Or maybe for him it's all your stringy hair clogging up the sink and yellow foundation marks smudged on the door. We get it, it's annoying, but have you ever lived with someone 100 percent agreeable? We doubt it. These types of fights need to stop.

It may be acceptable for a single guy to start liking every girl's photo on social media (even though, we can't help but think it's still kind of pathetic) but if he's taken and STILL doing that, he's just making you look like a mug. Ladies, this relationship is doomed.

Are you really arguing over an Xbox each night? If your man can't fight the urge to shoot zombies over spending time with you, it might be time to let him go and just let him be with the zombies. This one's a deal breaker for us.

If your man is always 5 minutes late, you can live with that, but if he's continually one hour late then you might want to reconsider.

Constantly being late makes women feel less important with each passing minute. Resentment will inevitably build and before you know it every time you argue you'll be referring to every little thing he's ever done wrong. Don't drive yourself crazy.

What do you and your beau argue about? Tweet us @sofeminineUK!