by Lareese Craig Published on 25 September 2013 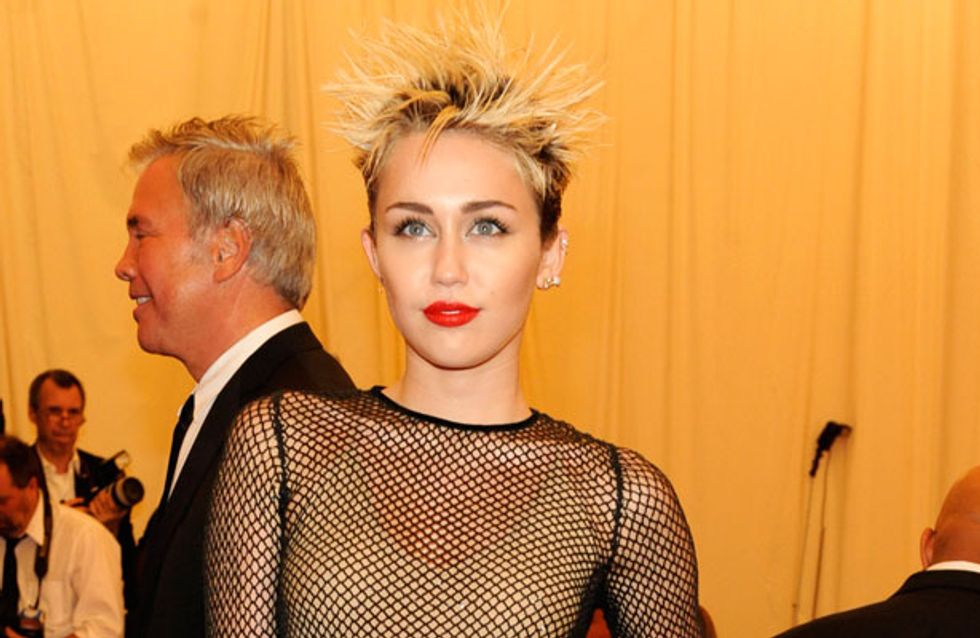 Poor Miley Cyrus! She's been having a bit of a rough ride lately with her heartbreak over Liam Hemsworth, one very public Vogue cover axing and her raunchy dance routine haters (and boy are there plenty of those). But she's not through the bad luck phase just yet. The twerking twenty-year-old has just topped a poll for the worst celebrity hairstyle. Ouch, that's gotta hurt.

Barely a day goes by without an 'OMG have you seen Miley Cyrus' conversation. From twerking on stage with a foam finger, swinging naked on a wrecking ball (as you do) or humping the floor with a monkey on her back, we just can't seem to escape Miley mania.

But courting controversy is clearly doing her no favours in the hair department since she's just been voted worst celebrity hairstyle.

A new poll by hair and beauty retailer Xtras.co.uk revealed which female celebs British women deem to have the best and worst locks.

Miley Cyrus took the top spot for the worst celeb hairstyle with 66% of the vote whilst former Coronation Street actress, Helen Flanagan took 51% of the vote.

Lately Miss Cyrus revealed how desperate she is to grow out her edgy punk-inspired style and has taken to styling them in Gwen Stefani pigtails.

Whilst chatting to pal Kelly Osbourne on E! Fashion Police, she said: ''I'm secretly tugging on it every night and taking Viviscal (hair growth vitamin supplement), I'm not going to lie. But I'm going to rock it while I have it."

The survey asked 2,132 British women to name and shame the worst celeb haircuts as well as pick their faveourite A-list tresses.

Nicole Scherzinger beat barnet favourites Kate Middleton and Kelly Brook to the top spot with 72% of the best hair vote. Move over royalty there's a new queen bee on the block! 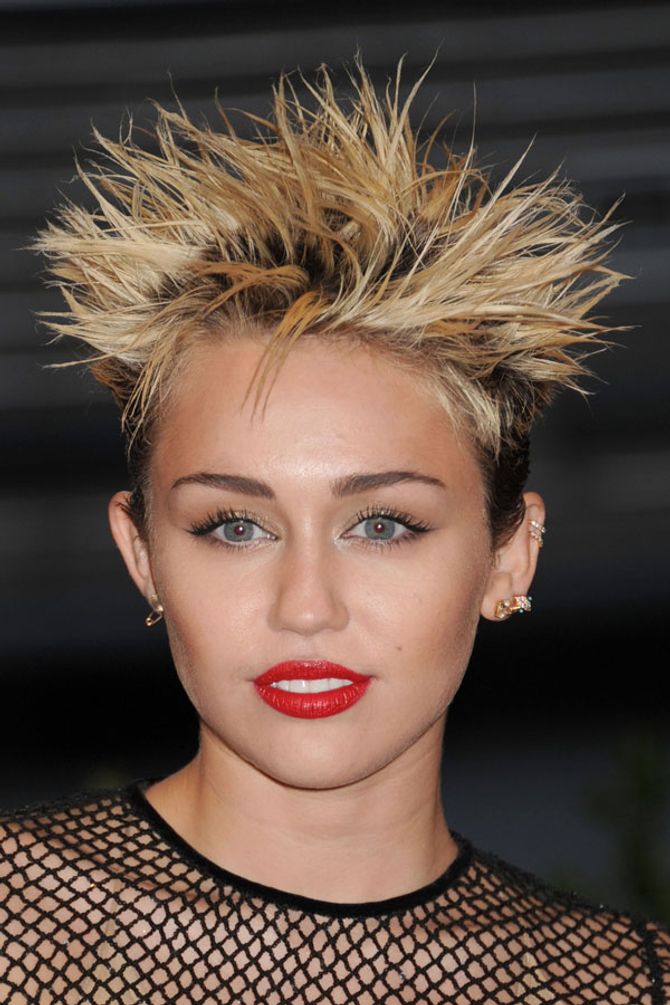 Did Miley deserve her worst hairstyle crown? Tweet us your verdict @sofeminineuk