The Fashion Week Beauty Trends You Can Actually Wear

by Lareese Craig Published on 24 September 2015

From London to New York, fashion week SS16 has produced all kinds of wearable beauty trends to rip from the runway. We're talking punchy summer lips, iridescent skin and of course those signature bushy brows, well they were never gonna go anywhere were they? Here's the spring summer story so far.

For the most part SS16 was minimal, fresh-faced with a raw, I woke up like this vibe, give or take a few interruptions of peachy, strobed complexions and the obligatory loud pout. But if going faux natural is the most talked about look for next summer then we stand a pretty good chance of getting it right.

Here's a look at the most wearable makeup trends to come out of fashion week so far.

SS16 is all about nailing healthy, squeaky clean summer skin. It's less St Tropez more Scandinavian normcore with a cool, icey radiance. Thakoon, Burberry and Antonio Berardi all sent models down the catwalk looking stripped back and beautiful, some were softly strobed, some made an all matte comeback - either way going barely-there is your go-to filter for summers ahead... *shovels vitamins into gob* 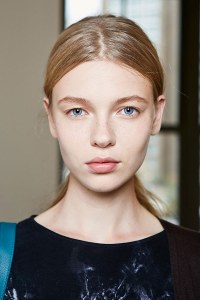 Majority rules and majority says big brows are back but this time round they're in touch with their wild side. You know like when a cat gets scared and all the hairs stand on end? That's the kinda spiky, barbed texture we want. Plucking, tweezing, threading your time is up, we're gonna need every stray we can find. 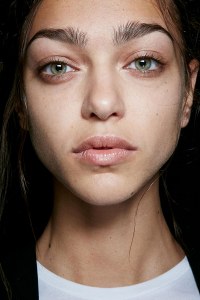 And then Burberry did their bespoke lip. Wendy Rowe created variations of the punchy pout to suit different skin tones and it looked the bomb but turns out she wasn't alone in her spring/summer vision. Topshop, Marchesa, Anna Sui, Victoria Beckham, they were all giving it some lip on the catwalk.

It wasn't all bright and cheery either, shout out to Givenchy's moody oxblood take on the trend. Deep red lips in spring? It's happening. 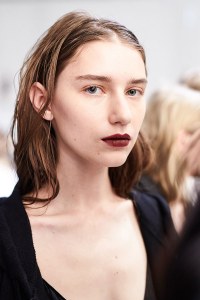 From Topshop's modern Debbie Harry to biker-bled kohl eyeliner at Julien Macdonald, if you're not seeing in the spring fresh-faced you'll be wearing last night's makeup instead and you'll be totally unapologetic for how sexy you look. Say hello to a girl that cares less about how she looks and more about sleeping through her alarm.

PS the smoked out blusher from Narciso Rodriguez. Obsessed. 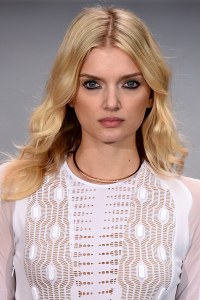 Benefit were onto something when they decided to launch the They're Real blue mascara! SS16 went mad for marine peepers and we're opening our eyes to the deep blue palette too. Jonathan Saunders did heavy aqua coated waterlines while DVF's peepers depicted a multi-tonal sea of shades which means it's kind of official. Blue is the new black.

Team the statement shade with a nude lip and a dewy complexion for an ultra wearable look by day and if you're not brave enough to debut eyeshadow yet, ease yourself in with a mascara or eyeliner instead #noexcuses 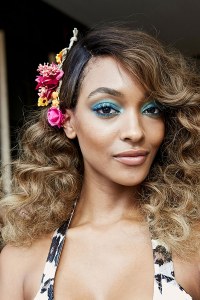 Earl Grey lids were all the rage this season and if you're asking, yes it was totally our cuppa tea. We're British, it was bound to happen. It's smokey, it's sultry and it's dead easy to recreate. Simply blend out a warm taupe / fawn coloured shadow on the tops of your lids and sweep under the lower lashes for a modern, disheveled effect. Avoid shimmer to nail that worn-in smokey eye look and keep the rest of your makeup minimal with highlighted skin and a thin coat of mascara.

FYI if you need some makeup inspiration Amanda Wakeley ruled the runway with her smoked out peepers. LOVE. 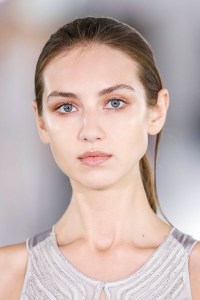 What makeup trends will you be ripping from the runway for yourself? Tweet us @sofeminineUK

The Hottest Trends To Come Out Of London Fashion Week

Lareese Craig
…
210 shares
From hair ideas to outifts, look no further for your daily inspiration