by the editorial team Published on 9 May 2011 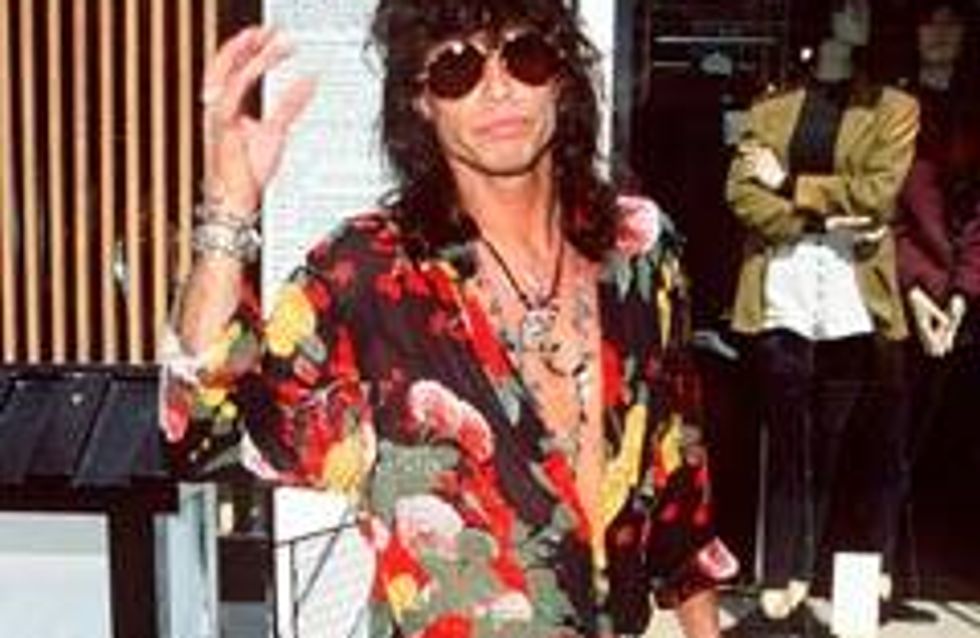 Aerosmith rocker Steven Tyler has one of the biggest penises in rock, according to former Guns N' Roses drummer Steven Adler.

Steven Tyler has one of the biggest penises in rock, according to musician Steven Adler.
The former Guns N' Roses drummer claims the Aerosmith frontman has a very impressive manhood which would leave most men feeling inadequate.
Adler told gossip website TMZ: "Those extending pills don't work - I've tried them!
"After seeing Steven Tyler's rig with five different girls' hands wrapped around it . I'm lucky if I take my clothes off at all after that. I was devastated!"
Tyler has never been shy when it comes to his sex life and has claimed he lost his virginity to twins when he was just seven.
Recalling his first sexual experience, the 'American Idol' judge said: "It was at the age of seven with twins."
The 'Love in an Elevator' singer has also boasted that no woman has ever turned down his sexual advances.
The 63-year-old rocker - who has previously had relationships with actress-and-model Cyrinda Foxe and model Bebe Buell, who is the mother of his daughter Liv Tyler - said: "Never. I'm persistent. I'm very sensual and very rhythm-oriented and into poetry. Women can feel that."