by Vivian KELLY Published on 11 December 2014 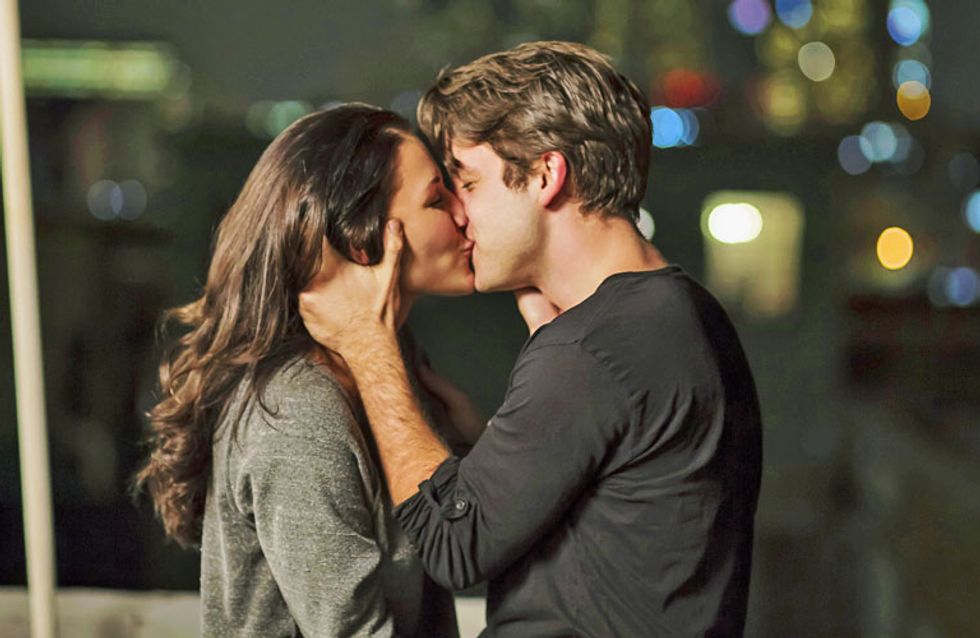 Do you constantly feel like you're walking on egg shells in your relationship? Are you always afraid of what might make him explode? Time to face it, you could be dating a control freak. When it feels like the fun is being sucked out of your relationship it's time to reassess, because love is are supposed to be fun, not leave you feeling like you can't be yourself. Here's how to spot one and what to do about it.

1. He wants to know your every move

Controlling guys can't bare the thought of not knowing where you are and what you're doing. They must know NOW. If your man's calling you off the hook, texting 'what are you doing?' and constantly interrogating you about where you've been then he's more than likely a CF.

Getting angry when you're out with the girls or freaking out when he hears you say another guy's name are tell-tale signs that your man has some major jealousy issues. Get out now or deal with it forever.

Do you and your man share a routine? Do you know what dinner is - a week in advanced? Do things feel repetitive and boring? *Yawn*

​When the love infatuation fades and things start to get REAL it's only then when you really begin to see his true colours. Control freaks don't do change well - keep an eye on this.

4. Your mobile, is his mobile

Paranoia at its best. 'Who's that? Let me see!' Sounds familiar, right?

​Control freaks will basically try to own you so when it comes down to who you talk to and who you see they will most definitely try to take control. Don't forget, there's a difference between being close to your partner and completely smothering them.

CFs have a tendency to be pretty damn condescending. They put others down to make them feel better about themselves, giving them a sense of control knowing they can influence the way you feel. If this sounds like him, we suggest you take a swift exit.

Guys who ALWAYS need to be right are definite CFs. Controllers have opinions for everything and anything. And if you don't agree they'll do everything in their power to sway you. Even worse, they'll get angry for not complying. Don't let him take away your emotional freedom girl!

7. He tells you who your friends are

Party weekends with the girlies have turned into movie nights in with the boyf. He even gets annoyed when you go out with your girls and tries to guilt trip you out of it Every. Single. Time. He only wants you to himself and no one else.

It may seem endearing at first, 'Good morning' texts, calls before bed and constant contact to see if you're OK. Seems thoughtful, but there's a fine line between sweetheart and freak. Watch out for it.

9. He NEEDS to organise everything

Just as spontaneity scares the sh*t out of him NOT being in total control does too. Everything down to what you do, what you wear, what you eat and where you go comes right down to him.

​He will also try to change little things about you like your personal style, hair do' and even go as far as correcting you every time you make a so-called 'mistake'.

Dealing with a control freak can be emotionally draining especially when your man is always in a strop because something doesn't go his way. Childish much? We're so over it.

Is your man a closet control freak? Time to dump his ass! Tweet us @sofeminineUK!