Why Is He Being Distant? The Real Reasons Men Pull Away 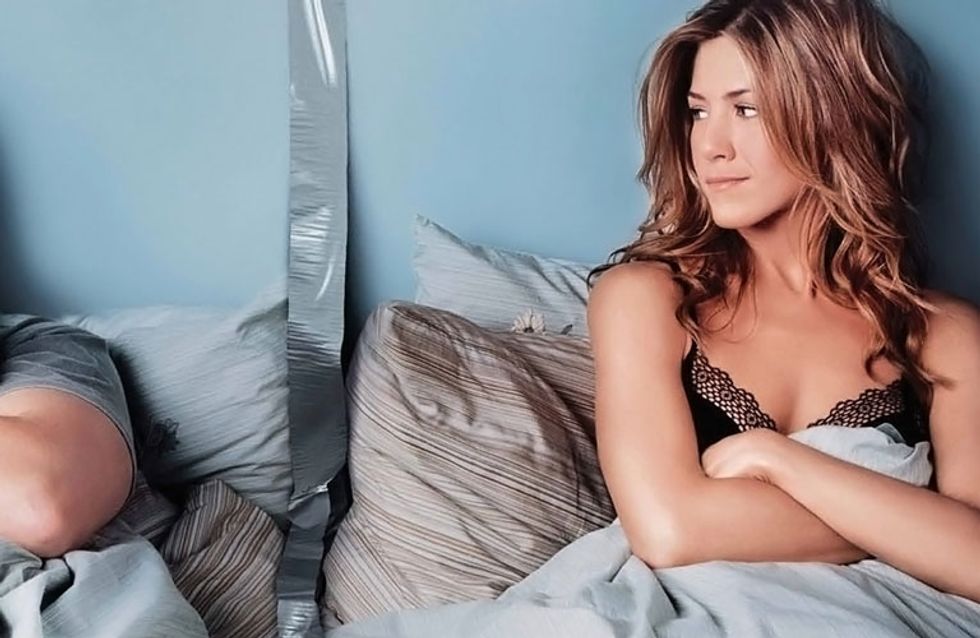 Things don't feel the same and have no idea why? Wondering why your man's been acting strange? Men aren't ALWAYS to blame for a relationship breakdown. In fact, we know a few good reasons why men back the hell up from their women. Whether you're non stop nagging him (every man's fear) or gave IT up WAY too soon, here are the main reasons a man's interest fades FAST. Ladies, this could be you!

That’s the stone cold truth. Once you give yourself up to a man (particularly early on) you make his job way too easy. Theres’s no chase, no need for game and nothing left to get. Even if he says that he’ll never judge a woman for having sex with them first time around, truth is subconsciously, it forms an impression of you and your morals and SUDDENLY he loses interest. So even if you fancy him, try to hold out. He should work for it anyways.

Whinging whiney women. GAH - this is a recipe for relationship disaster. Keep nagging your man to take out the bins, clean up his mess and pick up the milk and soon enough he will blow. Wondering why your boyfriend isn’t interested in conversing with you? Or why he stays out late most of the time now? Maybe you should reassessing what you've been saying to him. He’s full on avoiding you - find a way to reel him back in. Even if that means kissing his butt for a while.

3. Your womb is ticking

Women who hunt for Prince Charming to sweep them off their feet and have babies with them STAT are asking for trouble. You may feel like you're getting old, but your man still feels twenty one. Once a guy clocks onto your time bomb he'll make a move FAST. He’s just not ready for kids. He wants to get to know YOU not find out what name you’d choose if you had a baby girl. Save it for later.

4. Getting too comfortable too soon

It’s your first few dates and you feel comfortable enough to tell him how you’re feeling. Everything from gas to periods to poop, you don't hold anything back. But hold it right there girl. He is nothing but disgusted right now. If he hasn’t broken the ice yet when it comes to using the toilet don’t even think about making the first move. But it’s a very fine line this one. Don’t wait long enough and he will feel uncomfortable, if HE waits too long you will. That’s just the way relationships work ladies.

If your man brings you to a classy bar, the last thing he wants to do is be your babysitter. One or two glasses of wine later and waddling like a penguin? NOT HOT.

6. You have princess tendencies

If you keep lashing out unrealistic demands, your man is bound to crack sooner or later. He may listen to you now, but soon enough he's gonna meet someone new who DOESN'T need a man to fulfill her every last wish. That's when they leave you...

7. You're not family orientated

If you're dating a decent man then it's a given that family is going to be important to him. Somewhere down the line if he notices your lack of interest or picks up on your smart arse comments about his mama he will be turned off. No one wants someone who's not family orientated and mums always come first.

Men want to protect you and take care of you, just as you would for him. But they definitely DON'T want to hold your hand through everything, pay for everything, and give you every minute of their time. Once he clocks your lack of independence, he's gonna back down. Men want women, not little girls.

9. You're the ultimate BORE

You're gorgeous, smart and totally sweet. It almost like you have it all EXCEPT that you want him home all the time. Boys night, footy with the lads? It's a no go for you. And this is a problem, because every man needs time with the boys, time to refuel and blow off some steam. It keeps him sane. Pick up a hobby and gain some interests! He'll appreciate you more for it. P.S. Shopping doesn't count.

10. You're disloyal and have a lack of respect

If you're the type of GF that thinks it's okay to flirt with loads of men (behind or in front of your man) think again. It doesn't "keep him on his toes" ladies. Instead, it causes resentment, hot arguments and the worst, a loss of respect. And if you're ever disloyal, don't ever bother coming back. He deserves better.

11. Fishing for compliments all the damn time

When your beau thinks you look gorgeous, he will tell you! There's no need to start getting all insecure around him and pushing for a compliment. Also, nagging him for not doing it enough - it's ingenuine and plain stupid.

Men prefer women with substance. Not an extra regular female with no personality and no say for herself.

Men need SPACE. Like real S P A C E. They need time to process things and be on their own. If you take that away from him, you're guaranteed to suffocate him and push him away. Back off.

1) This probably means you can only make salad, which for men, equates to nothing. It's not real food to them. 2) If you think you can convert him to extreme diets and eating mega healthy, just save yourself the time, unless you're dating a hippie, a man loves his meat (and sometimes more than you.)

15. You’re nothing but superficial banter

When guys take women out, they only know two types of girls. Girls that can have an intelligent conversation and talk about a plethora of issues or girls who talk about how "ladylike" their friends are and how much their Prada bag cost. Which by the way, are the women men will only put up with for the night for sex. Sorry, but it's just reality.

16. You're constantly assessing your future together

Constantly pulling your man to the side for a one on one? Unless it's for a spontaneous sexy session he's NOT interested. Wondering "where you're heading"? He's hears it every week. This tactic only seals your insecurity but breaks down his own. Men don't want to be pressured about "the future" - they just go with it. And so should you.

Or worse, you interrogate the shit out of him about where he's been and who he was with. This is not the way to live your relationship - he will start stonewalling you. Instead, try trusting your man. It will solve A LOT of problems. Furthermore, if you have any doubts about his loyalty to you, perhaps you should rethink the relationship yourself, because SOMEONE is doing wrong.

18. You're constantly trying to change him

Men aren't projects to work on. Please, that only wastes our time and energy. Find a good man, accept him for everything that he is and love him for his imperfections. Life isn't a Disney film you know.

Constantly questioning your man's love for you will drive him up the wall. Why are you questioning this? Is it your insecurities? Or something that he's done? He's not your personal emotional punching bag. Communicate with him exactly how you feel and tackle the issue right then and there. Don't let an insecurity boil and make you a burden in your own relationship. Be clear and he will too.

Similar to being a princess, selfish girlfriends only think about themselves. They don't EVER take their partners feelings and needs into consideration. And as much as guys pretend not to be that needy we know very well that they need some sort of attention from us. Be caring not mean.

Do you know any more reasons men tend to pull away? Tweet us @sofeminineUK!