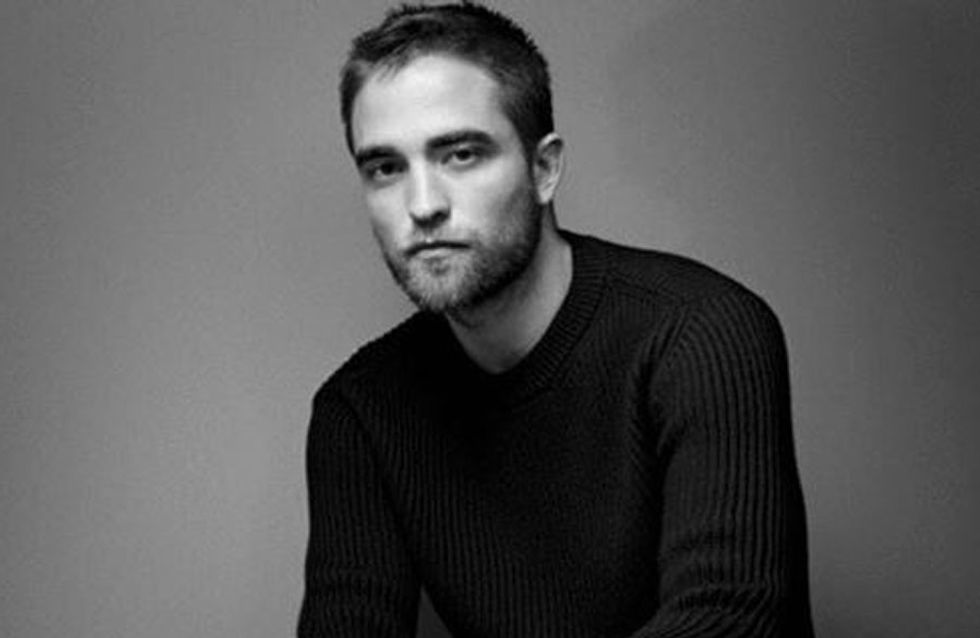 Here's a cause to get the cocktail glasses a' clinking. Robert Pattinson has just landed every man’s dream job fronting the Dior Homme fragrance campaign. Just when you thought R-Patz couldn’t get any hotter – feast your eyes on the campaign shot - what a bearded beauty.

Twilight hottie Robert Pattinson has joined forces with Dior to be the face of their Dior Homme fragrance.

Keeping the details well and truly under wraps, camp Dior have yet to reveal the nature of the shoot but they have confirmed that the actor was shot by photographer Nan Goldin and filmed by French director Romain Gavras for the campaign which is currently exclusive to Europe.

Sadly there’s no pretty Pattinson campaign available for the UK yet (major sigh) but we’ve got a smouldering first-look image to treat you with. Check out this heap of hottness:

In the black and white pic R-Patz sports a round-neck corduroy jumper and a rather impressive beard as he gets his moody gaze going on. We do approve of the rugged-look Mr Pattinson.

Has he really baggsied himself Katy Perry and a fragrance campaign in as little as seven days? That’s some super-human appeal he’s got going on.

In a statement the famous fashion house said: "Today we are excited to announce that he will join the privileged circle of Dior faces. Photographed by American artist Nan Goldin and filmed by French director Romain Gavras, this new Dior Homme communication campaign is currently broadcast exclusively in Europe (except UK) and Asia (except China and Japan)."

He’s allegedly being paid an eye-watering £8million to front the fragrance campaign but from what it sounds like it’s been thirsty work.

The ad is rumoured to feature a close-to-naked Pattinson as he’s filmed in various states of undress yet the beauty brand are keeping tight-lipped about this one, more's the pity.

We wait with bated breathe for the campaign to hit the UK shores.

Excited to see R-Patz for Dior Homme? Tweet us @sofeminineuk and let us know if you think he will make a dapper Dior model...