12 Things We Learned On The Coronation Street Tour 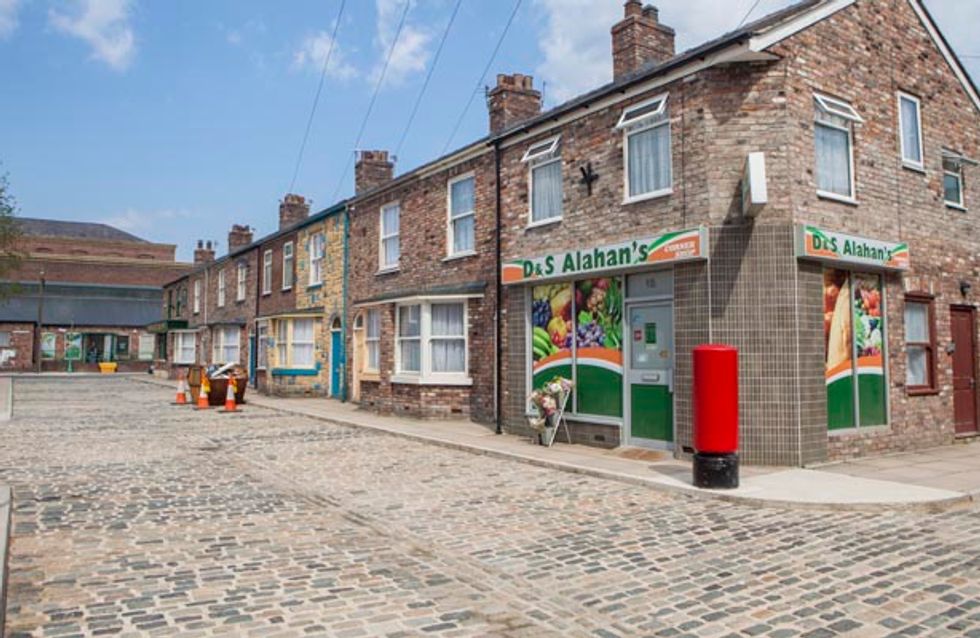 Last week we were witness to Gala Bingo breaking a Guinness World Record by playing bingo with the largest ever set of balls...which were thrown from the upstairs windows of Coronation Street...by cast members! Yes, it was an admittedly bizarre experience, but there's a lot to be learned from that street! Corrie fans, here's what we learned from our time in Weatherfield...

Pigeon holes. At the start of the tour you walk through the back entrance and find out all the cast have pigeon holes. Could you think of anything more 'bleurgh'?!

We also had our heartstrings pulled when we saw Michelle Keegan’s name is still on there as well. Sniff.

You get more emotional about the show than you realise

You are played a little video on your way in of funny, emotional and traumatic footage of the show since it began. It'll take you RIGHT back and trust us, you will feel feelings.

Apparently in between scenes they could usually be found snoozing in the backroom. So glam.

Everything is SO SMALL

The shops, the pub, Gail's living room. We're not sure what magic makes these toy size shops and living room sets actually look reasonable sized! The magic of television we suppose...

We think if you look closely you’ll be able to see Gail with her knees on her chest every time there’s a scene of that sofa. Seriously, NO LEG ROOM.

The sets are awkward

For example, if a character storms off upstairs, they actually have to awkwardly wait at the top of the steps for the scene to finish. If you watch closely, you might catch at glimpse of their toes trying to remain subtle out of shot.

There is actually a naughty chair

Much like children, if a cast member is late on set they’d need to get their make up done on ‘The naughty chair’.

This is soap star shaming at it’s most potent.

You can pretend to pull a pint in the Rovers, and it’s legitimately exciting

It’s like you’ve walked into somewhere you’ve known all your life for the first time. Needless to say, there were a lot of hot pot quotes flying around.

Furious fans call up to complain about continuity errors

Since the outdoor and indoor sets are totally different, sometimes shoes and accessories will go missing before they film the next scene, so they just find similar items. Acceptable, right? NOPE.

People ring up detailing exactly what they missed and telling them to get their sh*t together. You heard 'em Corrie.

Although the whole point of Roy is that he doesn’t much care for the latest trends and lives in an apron and Grandad cardigan, some concerned viewers worry about his lack of new clothes and apparently the production team received bags of stuff for him, especially after poor old Hayley Cropper’s demise. Adorable.

On our visit we were joined by Adam Rickitt (Nick Tinsley), Steven Arnold (Ashley Peacock), Sherrie Hewson (Maureen Holdsworth) and Shobna Gulati (Sunita Alahan) who all chatted about the street like they used to live there. It only got weird when they started sharing their untimely show death stories…

We wish we were allowed to take photos in the building to show you all. It was perfect.

Have you been for the tour yet? What was your favourite bit? Tweet us @sofeminineUK

Enjoy this article? Check these out...