13 Celebrities That Tried Their Hand At Fashion Modelling

by Lareese Craig Published on 24 February 2015 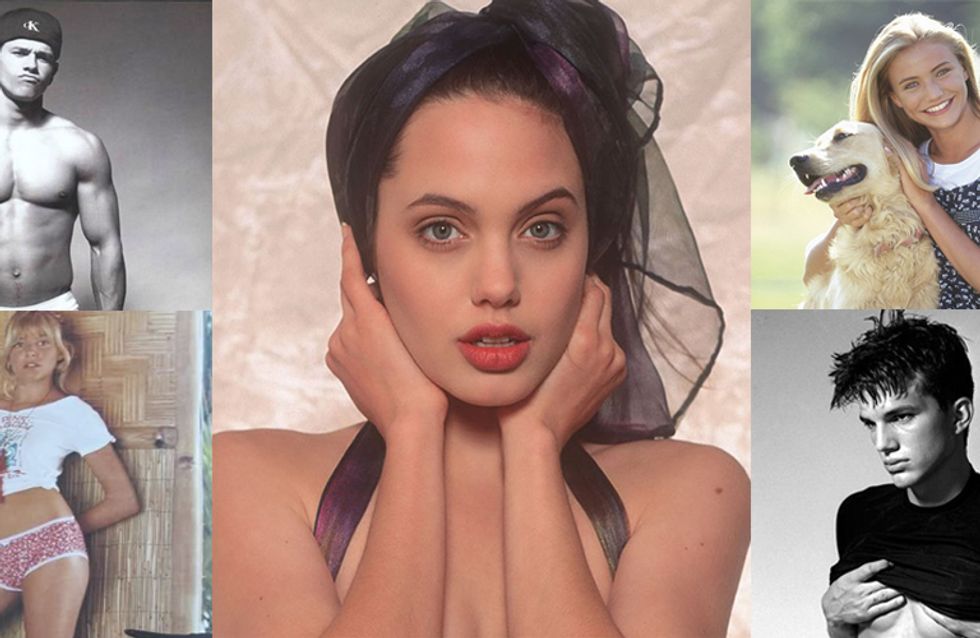 Fashion modelling is no mean feat but that didn't stop these celebs from striking a pose and strutting their stuff anyway. From Calvin Klein shoots, stripping down to their H&M undies and Abercrombie & Fitch campaigns, here's 13 celebrities that tried their hand at fashion modelling. And kinda aced it.

At the age of sweet 16 Cam began modelling and quickly got snapped up by Elite Model Management, which led to contracts with Calvin Klein and Levis. What a cutie.

Before she loved ropes, whips and lifts she was actually quite happy with distressed denim from Mango. Who knew!?

Pecs + a series of seriously good wistful poses in the bag... Ashton was destined for an Abercrombie & Fitch campaign.

These days she does Dior but back then she was happy holding onto non-designer trees and stuff. The photographer even compared her to Gisele. GIS-FREAKING-ELE. Totes a natural.

Aw, mini Lindsay. This reminds us of her Parent Trap days. What a film!

Her mum told her to enter a modelling contest in Johannesburg. And she won. Obviously.

He landed a 2 year contract with Calvin Klein back in 1992. But the tighty whities weren't enough to put him off a career in acting instead. Huff. On second thoughts, we forgive him purely because Ted is still one of our favourite films of all time.

Possibly the best career move he's ever made. He basically made white, crotch-hugging pants cool again and that my friends is a serious skill #dadsneverbeenhappier

And more recently The Beebs

Was it photoshopped? Wasn't it? There was A LOT of drama circulating around that CK package.

Before becoming a Hollywood starlet Angelina dabbled with the idea of being a professional model. Is there anything that woman can't do?

Just when you thought there was only room for one Kate on the catwalk. Boom. Royal runway.

Boho even when in briefs.

Why We're So Crazy About 50 Shades Of Grey's Jamie Dornan

Like us on Facebook!
You might also like
Donatella Versace: the designer, with friends, who revolutionised the fashion world
by the editorial team
The brands that celebrate diversity and break the codes of beauty
by Amy Denman
Kylie Jenner's fashion highlights
by Amy Denman
Models who break the standards of beauty
by Charlotte Hoddge
The most daring dresses worn at the Golden Globe Awards
by Charlotte Hoddge
When Runway Models Fall On The Catwalk!
by the editorial team
Meghan Markles best fashion moments throughout the years
by Charlotte Hoddge
Jennifer Lawrence Style: Her Best Outfits To Date
by Lareese Craig
Winnie Harlow: Model, Activist & All Round Babe
by Lareese Craig
No Knickers, No Problem: Celebrities Not Wearing Underwear
by Helen Turnbull